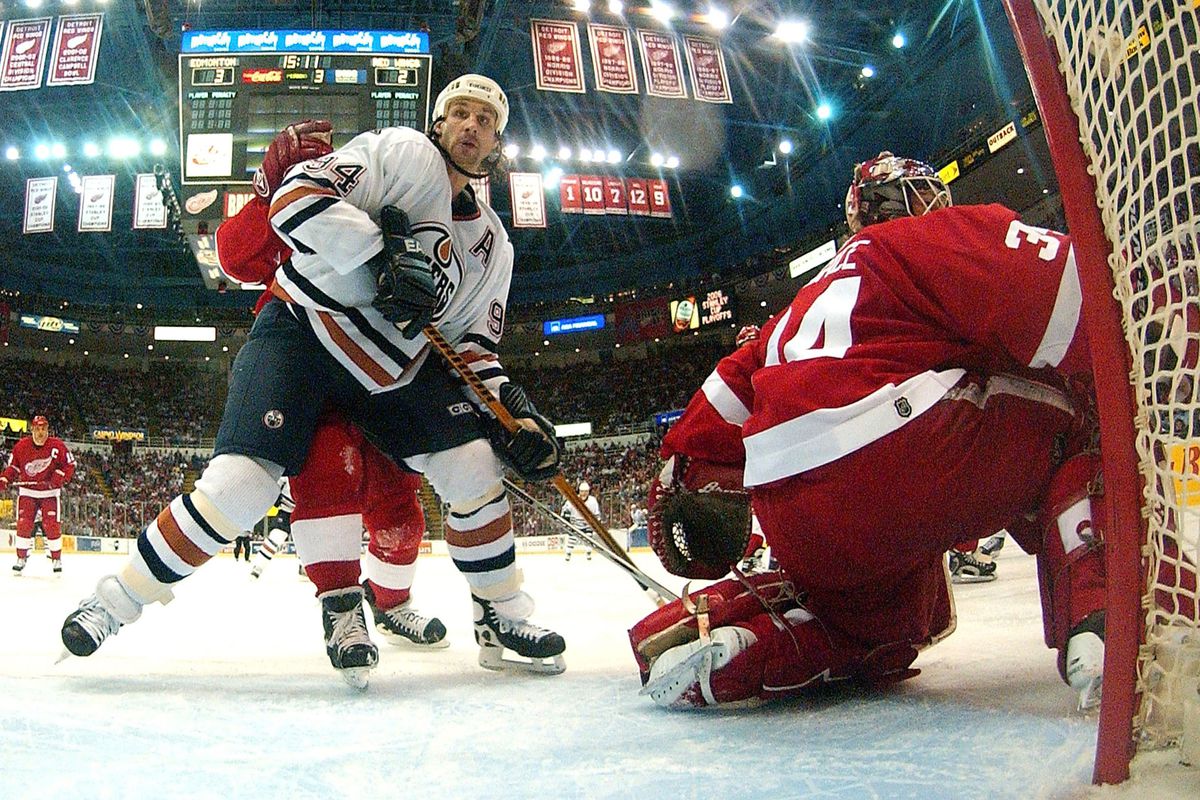 The Edmonton Oilers have a rich and celebrated history. The Oilers of the 1980’s were some of the best teams the NHL has ever seen. Arguably the best player in league history, Wayne Gretzky, ran the town, while Hall of Famers like Mark Messier, Paul Coffey, Kevin Lowe, Jari Kurri and Glenn Anderson patrolled the ice for legendary coaches like Glen Sather and John Muckler.

Oh, and Grant Fuhr, Bill Ranford and Andy Moog tended the goal in the NHL’s northern most outpost.

For generation of Oilers fans, however, those 1980’s teams don’t inspire the same memories and emotions that the Oilers of the late 1990’s do. For a generation after that? No Oilers team has come close to matching the 2005-06 group.

I’m one of that third generation. Born in 1994, the 1980’s Oilers were taught to me through fans of the Bruins, who viewed those Oilers teams as a source of pain. While I’m proud of the history of this organization, those teams don’t inspire the pride and memories of the 2000’s. Heck, even the late 1990’s teams are too old for me to remember.

The team that sticks out for me, and two generations of Oilers fans, more than any other is that 2005-06 group.

It’s hard to believe, but this spring marks the 15 year anniversary of magical ride few people saw coming. On this date 15 years ago, April 21st, 2006, the Oilers dropped a 3-2 decision in the second overtime at Joe Louis Arena in Detroit in Game 1 of their opening round series.

How They Got There:

It might be glossed over now, but the Oilers were in a battle just to make the playoffs all season long. Edmonton entered the 2005-06 season with high expectations, but were a relative disappointment all season long.

The club made impact additions in August of 2005, acquiring defenseman Chris Pronger from the St. Louis Blues and forward Mike Peca from the New York Islanders. Those two additions filled a couple of big holes for Edmonton, while young players like Ales Hemsky, Shawn Horcoff, Jarrett Stoll and Raffi Torres had outstanding seasons.

The Oilers were a good team, but had some major holes as the calander flipped to 2006. GM Kevin Lowe decided to go ‘all in’, and filled them all in a span of a few weeks.

The club needed a puck-moving defenseman to help out in the top-four. Lowe traded for Pittsburgh’s Dick Tarnstrom and Chicago’s Jaroslav Spacek on January 26th. Tarnstrom filled a depth role, while Spacek become a solid top-four defenseman for the group.

Lowe also needed a starting goaltender, badly. The trio of Jussi Markkanen, Mike Morrison and Ty Conklin simply wasn’t getting the job done. Lowe’s solution? Acquiring veteran Dwayne Roloson on the eve of the trade deadline from the Minnesota Wild.

On deadline day itself, Lowe added a top-six forward in the form of Boston Bruins star Sergei Samsonov. He also added depth center Rem Murray in the lead up to the deadline, accounting for the loss of Marty Reasoner in the deal with Boston.

The Oilers ended up finishing with a record of 41-28-13, good for 95 points and eighth in the Western Conference. That setup a date with the President’s Trophy winning Detroit Red Wings, who skated to a 58-16-8 record and were the pick of many to advance to the Stanley Cup Final.

While the Red Wings cruised to the playoffs, the Oilers didn’t clinch a spot until April 13th. That’s when Hemsky scored a dramatic goal at 19:26 of the third period in a 2-1 victory over the Anaheim Ducks, who were also playoff-bound.

Edmonton would defeat the Colorado Avalanche on April 17th to close out the regular season before heading to Detroit for a series no one gave them a chance to win.

15 years ago tonight, the Edmonton Oilers lost the game but sent a message. They weren’t going to be pushed over by the Red Wings. Sure, they may not win the series, but Detroit wasn’t going to cruise to a sweep.

The Red Wings opened the scoring just 4:05 into the game on a Robert Lang powerplay goal. Edmonton responded at 11:44, with deadline addition Samsonov scoring his own powerplay goal. The sides entered the first intermission tied, against the thoughts of almost everyone.

The Oilers actually took a lead at 8:43 of the second period on another powerplay goal. This time, it was Chris Pronger blasting home his first playoff goal as an Oiler. The Red Wings tied it with the only even strength goal of regulation, as Kirk Maltby evened the game at 13:43 of the third period.

The Red Wings outshot the Oilers heavily in the first overtime, but Roloson hung tight and got his team to the second extra frame. Unfortunately, it wasn’t enough. Maltby scored his second of the game to give the Red Wings Game 1 at 2:39 of the second overtime.

In the end, the Red Wings outshot the Oilers 57-25, but the Oilers hung tough and proved they could beat this Detroit team. It didn’t happen on that Friday night.

Sunday afternoon would prove to be a different story.