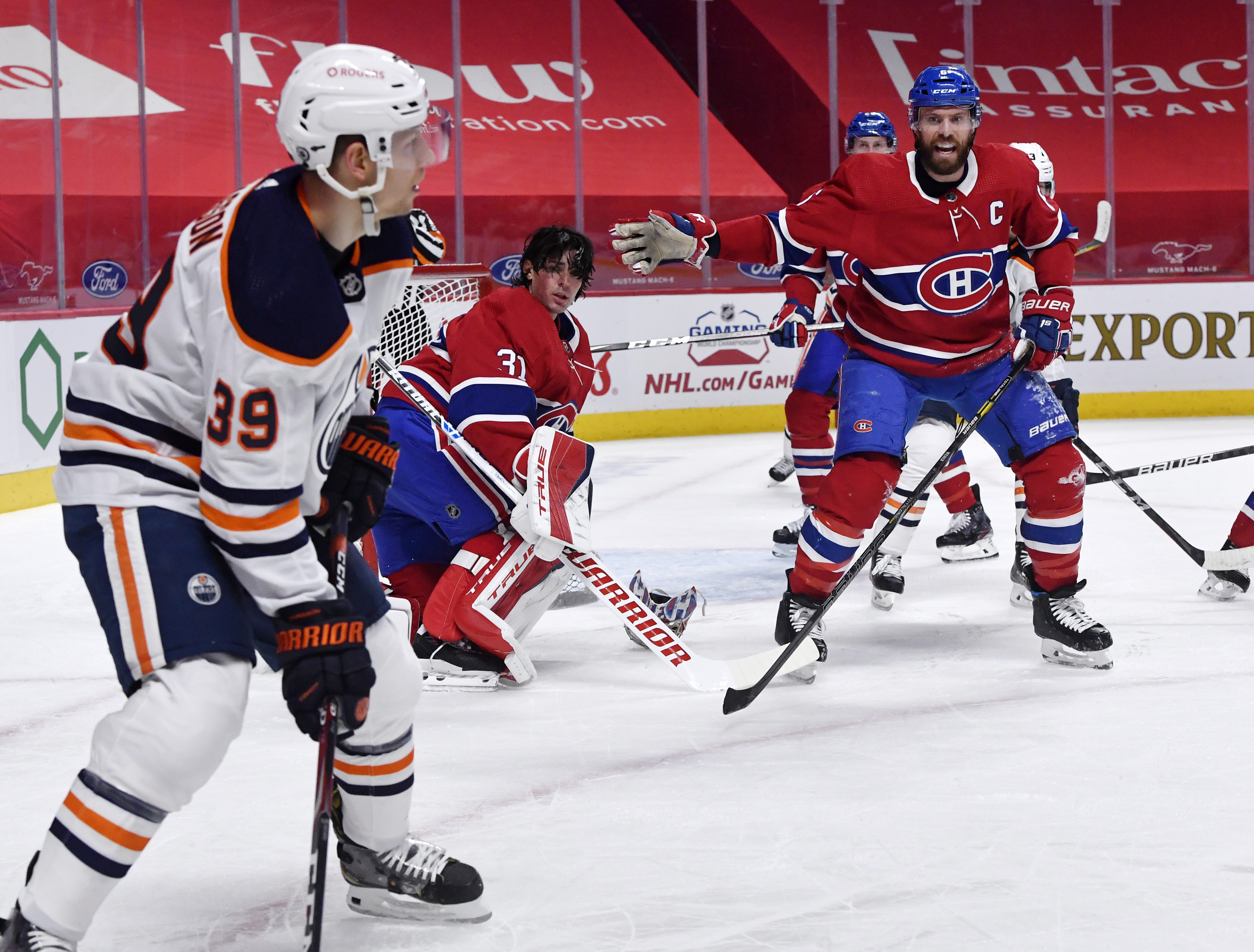 If Monday night was any indication, tonight should be a thriller at Rogers Place as the Edmonton Oilers look to make in nine straight home victories. The Oilers, who have improved at five-on-five lately, have won two straight over fellow North Division playoff teams. Tonight gives the team an outstanding opportunity to build even more of a cushion.

The Oilers will play host to the Montreal Canadiens for the fourth and final time this season as the sides meet for the seventh of nine times overall. The sides will finish the season series in May with a pair of games in Quebec. It’s also the final game of a brief two-game homestand, as the Oilers will take the next four days before heading off to Winnipeg for a pair.

Jake Allen gets the go for the Canadiens, while Mike Smith gets the start for the Oilers.

Edmonton: Bottle up the momentum. The Oilers started slow on Monday night, but were clearly the better team in the final forty minutes. They displayed an ability to play a physical game, and battled to find ways through the Montreal defense. That’s how you beat a team like the Canadiens. The Oilers need to bottle that momentum up and ride it into this game if they want to complete the sweep.

Montreal: Heavier on the forecheck. The Canadiens initiated the physical nature of Monday night’s game, but were focused on bigger hits more than anything. What has made the Habs so lethal against the Oilers this season is their ability to dump the puck in, lean on Edmonton’s defenders and completely ruin the transition game. They didn’t do that enough in the loss.

Edmonton: Ryan Nugent-Hopkins returns to the Oilers lineup after missing each of the last four games. Nugent-Hopkins gives Edmonton both more skill and two-way ability in their top-six, and he should help a powerplay that lacked any kind of pop on Monday. He may need a period to get back into rhythm, but Nugent-Hopkins is a big addition to the Edmonton lineup.

Montreal: Jon Merrill, acquired from the Detroit Red Wings a day before the NHL trade deadline, will make his Canadiens debut tonight. Merrill is another big defender who can move the puck well and play a physical brand. Considering how Monday’s game went, he’s going to want to make his presence known early in his Canadiens debut.

While Nugent-Hopkins returns, Jujhar Khaira departs. Khaira was stung and unable to keep his balance after a heavy hit from Alexander Romanov on Monday night. He’s undergoing testing and his timetable to return is unknown. Kyle Turris, Patrick Russell, William Lagesson and Alex Stalock will be healthy scratched.

Dmitry Kulikov and Ryan McLeod remain on the COVID-19 Protocol List. Kulikov skated with the group today and is expected to make his debut on Monday night.

The Oilers didn’t run line rushes this morning, so the lineup is not yet confirmed.

Carey Price, who started the game on Monday night but exited after the first period, is out for a week with a concussion. Cayden Primeau replaces him as the backup. Brendan Gallagher (thumb) is on IR, while Erik Gustafsson (COVID-19 Protocol) is unavailable.

“You’ve got to answer the bell if you want to win,” Darnell Nurse told the media in his pre-game availability. “They’re fighting for a playoff spot and fighting to stay in it. We’ve got to come with that same exact mindset in fighting for everything that we can get on a nightly basis.”

The Edmonton Oilers can match history tonight. Currently, the Oilers have won eight straight on home ice, tied for the second longest streak in franchise history (1984-85, 1985-86). A win tonight would tie them with the 2016-17 team for a franchise record nine wins in a row at home. Edmonton last lost on home ice on March 3rd against the Montreal Canadiens.

Speaking of history, Leon Draisaitl is on the verge of some as well. The German star has scored 485 points in 466 career NHL games. That’s significant because Marco Sturm scored 488 points during his career. Sturm, of course, is the all-time leading scorer among German NHL players. A big night could push Draisaitl into the top spot.