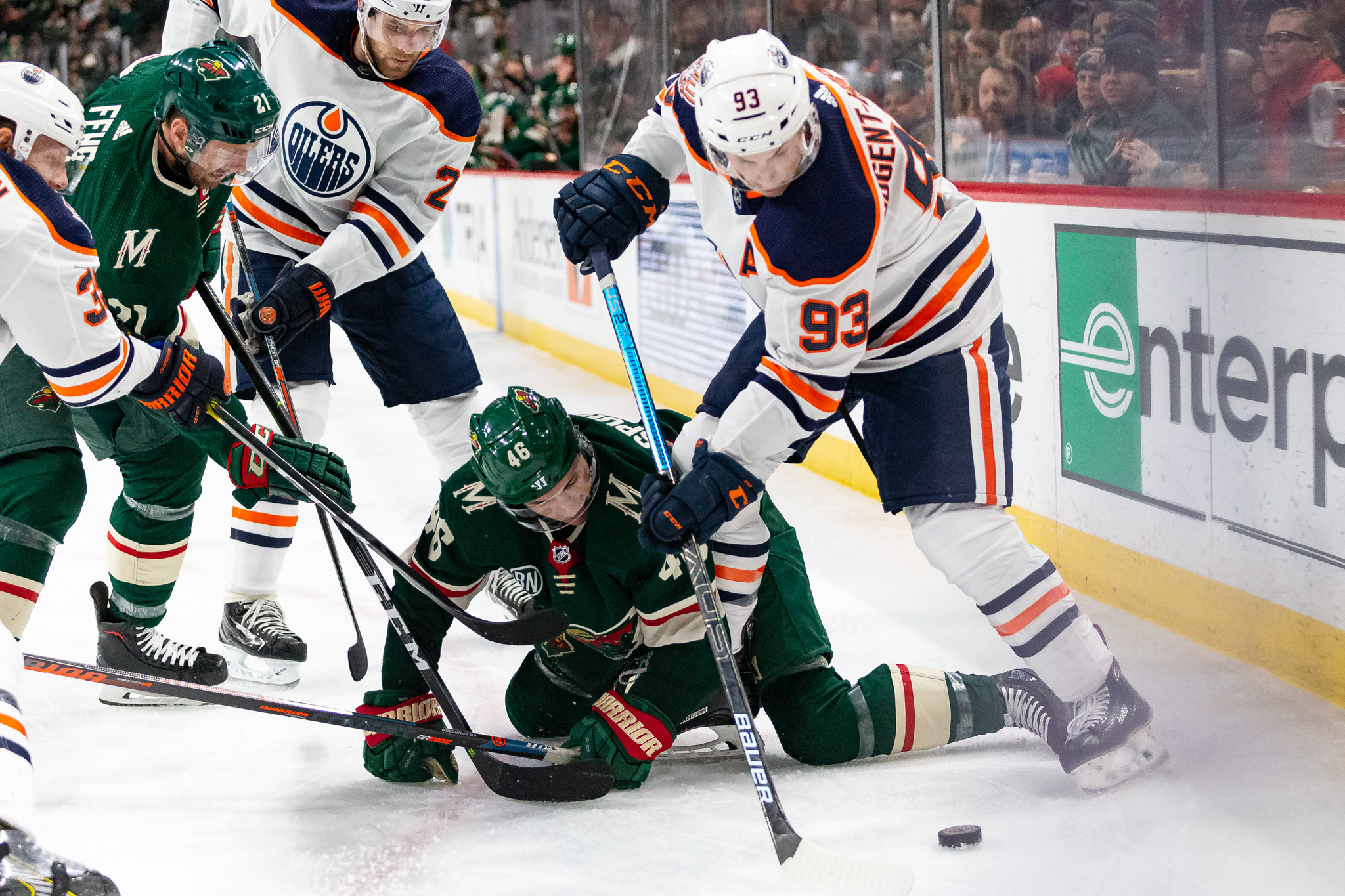 The 2021 Stanley Cup Playoffs are not yet underway, but that didn’t stop the Edmonton Oilers and Montreal Canadiens from playing a playoff-style game at Rogers Place on Monday night. The Oilers and Canadiens played arguably the most physical game in the North all season long, with the Oilers eventually settling in and dominating the third period on their way to a key 4-1 victory.

The win didn’t come without loss, however. Alexander Romanov threw a heavy and clean hit on Oilers forward Jujhar Khaira in the first period that had some alarming results. Khaira got back to his feet, but was stunned and unable to keep his balance. He had to be helped off the ice by his teammates and the officials, and did not return to action.

The Oilers won’t have him on Wednesday night either. Khaira will not play in the rematch with the Canadiens, and his timeline remains uncertain for a return.

“I talked to him for a while (Tuesday). He’s feeling good and he’s feeling fine today,” Head Coach Dave Tippett said when asked of Khaira’s status on Tuesday. “They’re going to do a few tests on him the next few days and we’ll see where it goes. He says it’s funny, he got hit and just was stunned a little bit but then today he feels absolutely normal. They’re going to do some tests to make sure everything’s alright.”

Caution is certainly the best approach. After all, it was just over a month ago when Khaira was stunned by a punch from Calgary’s Brett Ritchie in a fight. There’s no need to push it when any injury is involved, let alone a head injury.

Prospect Ryan McLeod could fill Khaira’s shoes as early as next week. McLeod was recalled from the AHL’s Bakersfield Condors on Sunday, and could skate with the group as early as Monday. He’s unlikely to play on Monday night in Winnipeg, however.

In the meantime, Khaira’s spot in the lineup is likely to be filled by another player who recently took a high hit. Ryan Nugent-Hopkins has missed each of the last four games after being struck up high on April 7th in Ottawa. While it’s not 100%, it’s looking more and more likely that he will return to action against the Canadiens.

“Nuge skated today,” Tippett said on Tuesday. “He had a hard practice today and I think we’ll see in the morning if he gets cleared by the doctors and if he does, he’s got a chance to play tomorrow night.”

If Nugent-Hopkins does in fact return to the lineup tonight, it will give Tippett options. He started the game with Connor McDavid and Leon Draisaitl on the same line, but broke them up once Khaira’s night was officially over.

Will Tippett have Nugent-Hopkins run his own line, or will he keep McDavid and Draisaitl split and put Nugent-Hopkins on the wing? That question will be answered in a few short hours.