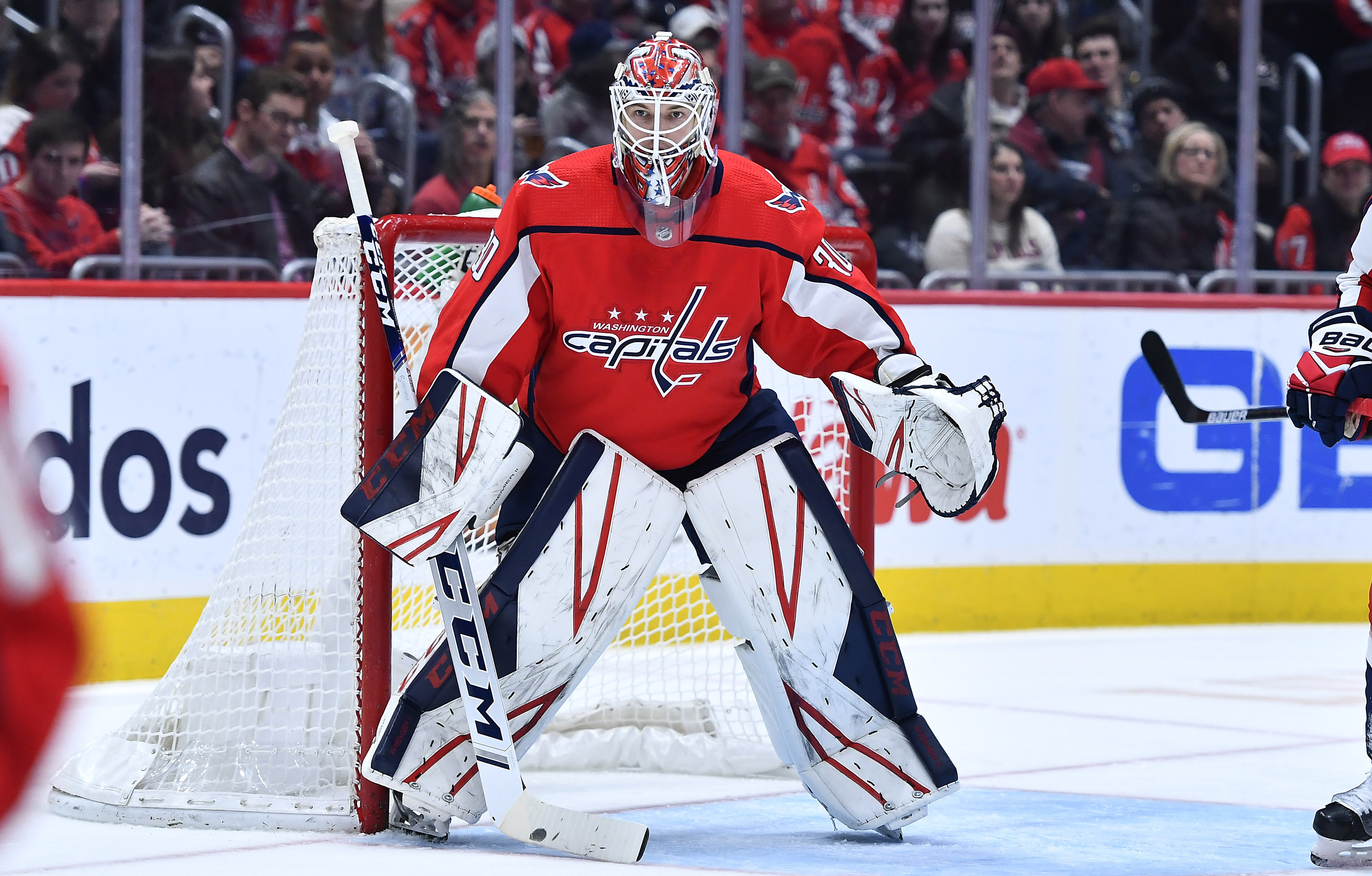 Ilya Samsonov of Magnitogorsk, Russia recorded his third career National Hockey League shutout on Thursday. The second-year Washington Capitals netminder made 26 saves as the Capitals beat the New York Islanders 1-0 in a shootout at the Nassau Veterans Memorial Coliseum in Uniondale, NY.

Samsonov made 15 saves in the first period, seven saves in the second period, three saves in the third period, and one save in overtime. Three Islanders players led the team with three shots on goal each. They were Anthony Beauvillier of Sorel-Tracy, Quebec, Brock Nelson of Warroad, MN, and Kyle Palmieri of Smithtown, NY.

Samsonov picked up the shutout even though he gave up one goal in the shootout to Beauvillier. The shootout goals do not count when it comes to the goaltender’s goals against average.

The two Capitals who scored in the shootout were Nicklas Backstrom of Valbo, Sweden, and Evgeny Kuznetsov of Chelyabinsk, Russia. Even though Islanders goaltender Semyon Varlamov of Samara, Russia had the loss, due to the fact he did not give up a goal in regulation or overtime, he picked up a shutout as well.

Despite only playing 17 games this season, Samsonov has been very respectable. He has a record of 12 wins, three regulation losses, and one loss in extra time. Samsonov also has a goals against average of 2.65, and a save percentage of .904.

The Capitals are currently in first place in a very tight East Division. With a record of 30 wins, 13 regulation losses, and four losses in extra time, they have 64 points, and lead the Pittsburgh Penguins and New York Islanders by a single point.