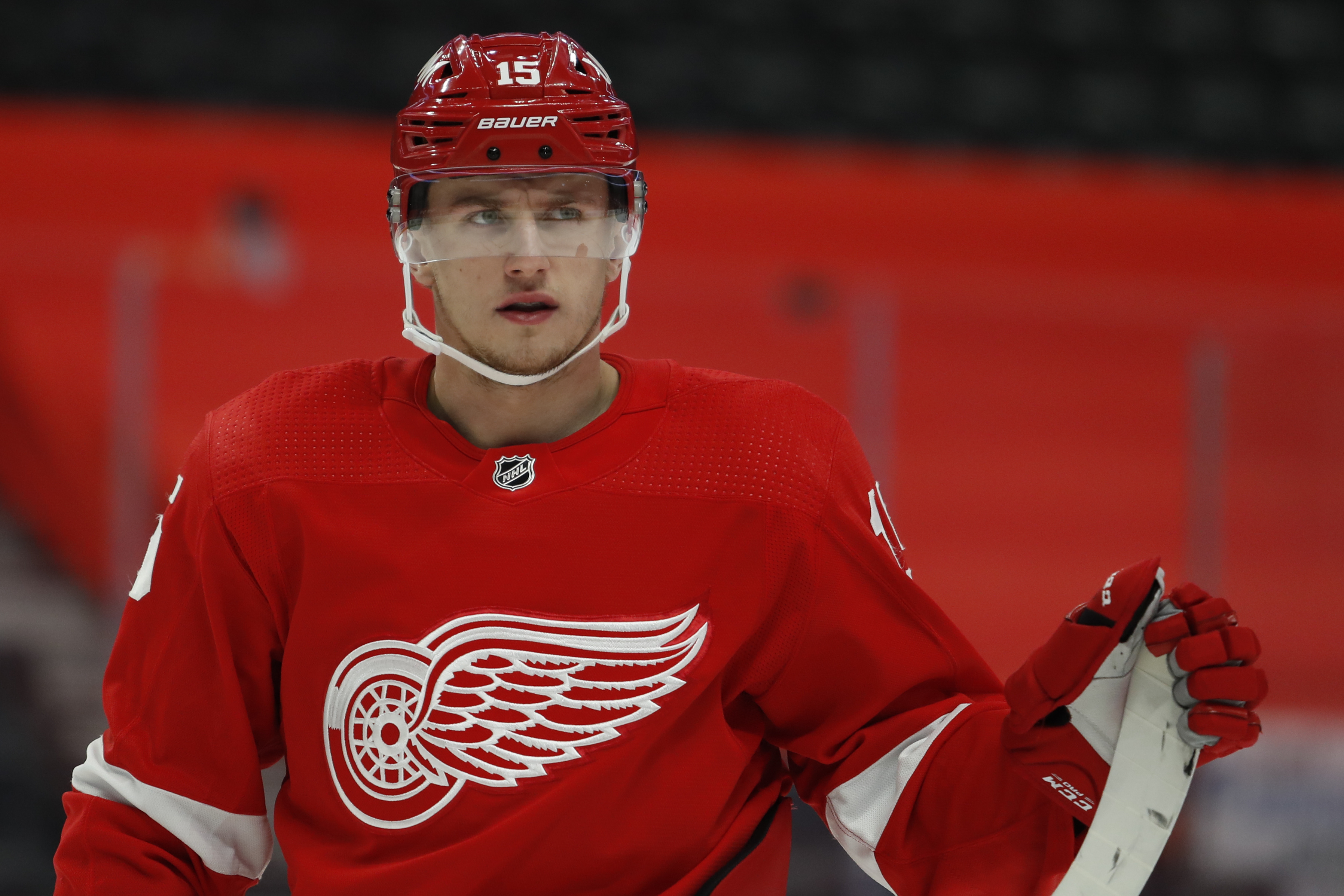 For the third time this season, a National Hockey League player scored four goals in a single game. On Thursday, Jakub Vrana of Prague, Czech Republic accomplished the feat in a 7-3 Detroit Red Wings upset win over the Dallas Stars at Little Caesars Arena in Detroit, MI.

All four of Vrana’s goals were even strength. Vrana opened the scoring at 9:50 of the first period from his countryman, Filip Zadina of Pardubice, Czech Republic. Vrana then scored the game-winning goal at 6:50 of the second period from Danny DeKeyser of Detroit, MI, and Gustav Lindstrom of Ostervala, Sweden. The Red Wings went up 4-1 at the time.

Vrana was one of five Red Wings with a multi-point game. The others were Sam Gagner of London, Ontario (one goal and one assist for two points), DeKeyser (two assists), Lindstrom (two assists), and Zadina (two assists). The other two Red Wings to score a goal were Luke Glendening of Grand Rapids, MI, and Richard Panik of Martin, Czech Republic.

Panik and Vrana both were traded from the Washington Capitals to the Detroit Red Wings on April 15, 2021, with a first-round pick in the 2021 NHL Entry Draft and a second-round draft pick in the 2022 NHL Entry Draft for Anthony Mantha. So far, Vrana has five goals and one assist for six points in four games, and Panik has one goal. Mantha has four goals and one assist for five points in five games with the Capitals.

This was Vrana’s second career hat trick. The first came with the Capitals on November 3, 2019, in a 4-2 Washington win over the Calgary Flames.