After the first twenty games played at the start of the 2021 season, the San Francisco Giants have a 13-7 record. And, no, you can’t possibly “dive deep” into such a ridiculously short sample size and come up with anything worthwhile. Sorry, and good night.

But we can skim the surface and enjoy the ride (which is still illegal in Alabama and parts of Cleveland).

[Historic full disclosure: the Giants went 16-4 in their first twenty games of the 2003 season, finishing up at 100-61. Sadly, other things happened right after that in October, involving the Florida Marlins taking the NL Division series from the Giants 3 games to 1.]

And that’s a good thing, because San Francisco’s “offense” is in the back of the doghouse, getting its muzzle slapped by every opposing pitching staff it meets.

When it comes to scoring runs, the Giants are third-worst in the National League with 74 (the Cincinnati Reds lead the League with 115 RS); the Giants’ team BA is .219, and they are 10th out of 15 NL teams with a simpering, whimpering .693 OPS.

So this has not been a balanced team, which likely means that we’ll see the hitting light up about the time the pitching starts to fade, and back and forth into September. That Los Gigantes have to play the LA Dodgers and San Diego Padres 38 times in 2021 makes finding any lasting momentum a real challenge.

Still, twenty games is only 12% of the MLB season so there is, as they say, a lot of baseball left to be played. But the real test for the 2021 Giants will happen at the July 30, 2021 MLB trade deadline.

That’s when President of Baseball Ops Farhan Zaidi will have to make a series of critical decisions about dealing any or all of the team’s true assets. Nothing else this season will likely be as important as that moment. 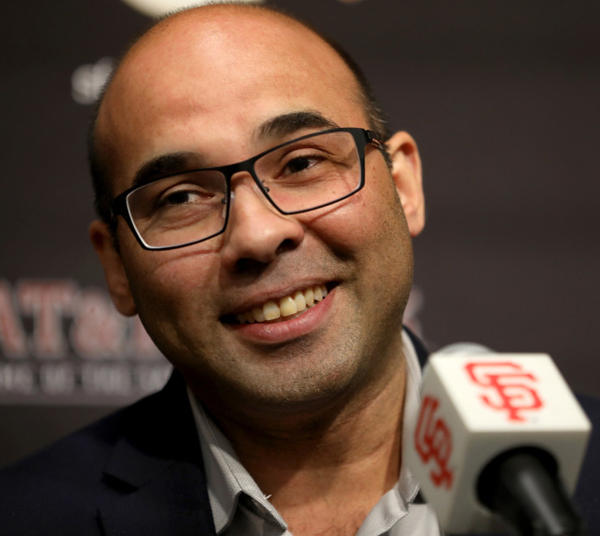 If by mid-July the Giants have little chance of legitimately grabbing one of the two NL Wild Card slots, Zaidi will have to consider moving any player on his 26-man roster who can bring back relevant value.

He was brought in on a five-year contract to oversee a massive rebuild of San Francisco’s franchise, and moving any veteran players with current value for prospects is critically important.

Giants fans, who seem to effortlessly bond with both talented and untalented players, won’t like it. But that’s the business Zaidi has chosen and at this point it’s not personal, it’s strictly about business. (And, yes, it’s also the smart play. Ka-boom.)

Fans and observers of the San Francisco Giants should be excited by their great start to the 2021 season– they’ve surprised a lot of people. But let’s keep our eyes on the ultimate prize and not lose sight of what needs to be done.

Franchise-wide rebuilds can be tedious and frustrating. And while few of the “name” players on the current 26-man roster will be around to see it, Farhan Zaidi’s vision for this team and its fanbase will see a golden payoff sometime around 2023.