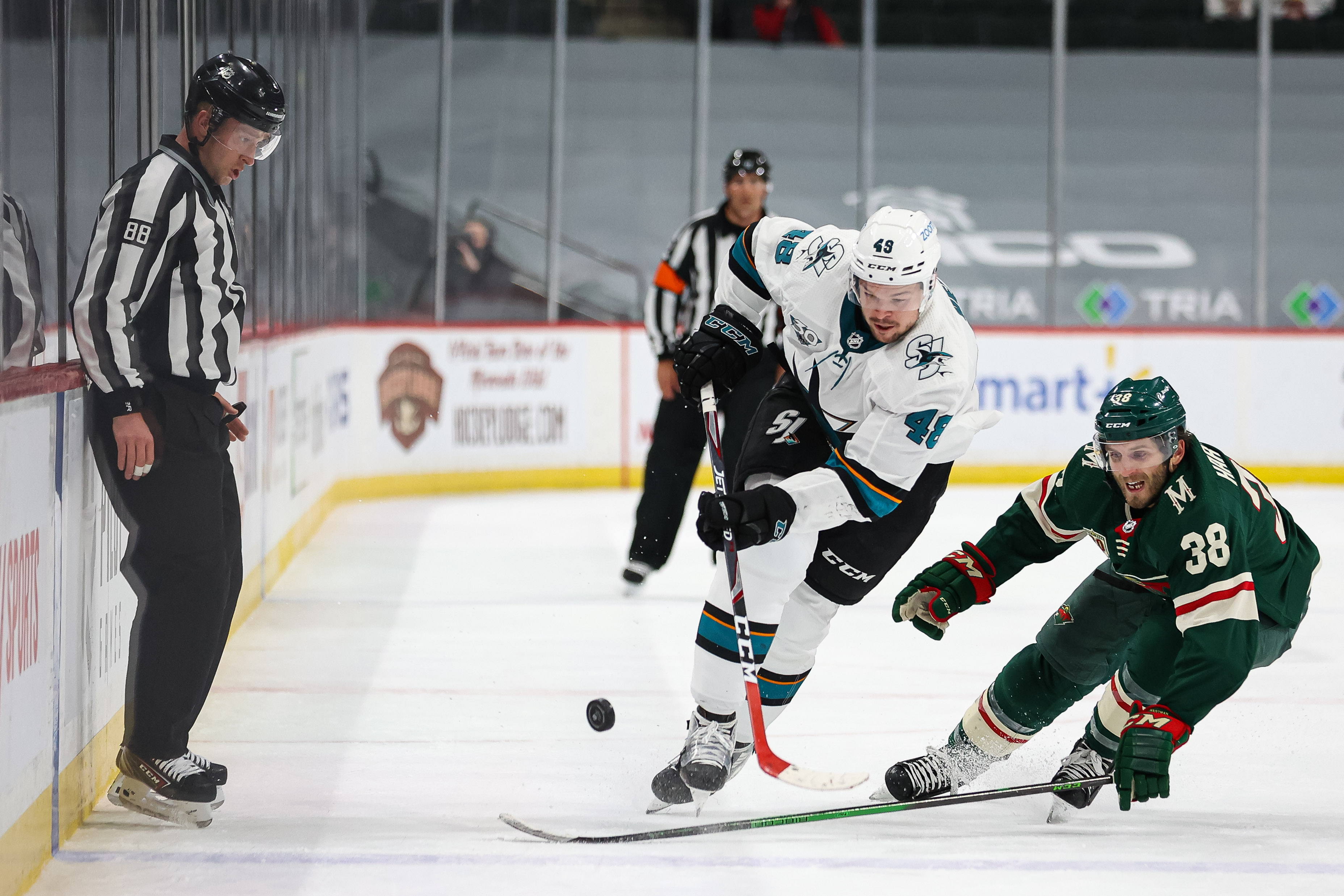 If you haven’t seen this tribute video put together by the NHL and the San Jose Sharks in honor of Patrick Marleau setting the new record for NHL games played, you should. It also has an extra element of cool, since it’s narrated by none other than Sharks super-fan and Metallica frontman, James Hetfield. I don’t know about you, but if you’re not going to have the likes of someone like Wayne Gretzky do your tribute, to have someone of the fame and achievement of Hetfield is amazing. In hockey, we don’t normally get the same levels of famous fans like in football, basketball, or baseball. We don’t normally have regular attendance of the likes of Spike Lee often sitting at center court for New York Knicks games. I suppose we know less about famous people at hockey games, because we don’t get the air time on the national networks than the other three sports. It also might be that hockey historically speaking is more blue collar than the other sports. It’s not glamorous. And it’s probably the one time those of fame look forward to, where they can just go and enjoy a game. Sure, they may end up in a suite, but it’s simply fun for them. Other famous hockey fans would be Alyssa Milano, Jon Hamm, Kevin Smith, Gene Simmons, Jim Belushi, Denis Leary, Vince Vaughan, Adam Sandler among others.

However, this begs the question. Should the day come, that a Minnesota Wild player breaks some sort of NHL record, who the heck would we have to narrate that video tribute? Our list of celebrities is not very glamorous. We have the likes of Soul Assylum frontman, Dave Pirner. Sorry Soul Assylum fans, he doesn’t come close to Hetfield. I suppose there’s always Bob Dylan. That would be a weirdly narrated tribute video. Then there’s Winona Ryder. Um, probably not, although her recent Winona.com tourism video was pretty cool. Then there’s the trio of people named “Anderson” in Louis Anderson, Loni Anderson, and Richard Dean Anderson. The last of the trio would make the most sense, considering all of his hockey references in McGuyver. It seems that our most famous have already passed, including Charles Schultz, F. Scott Fitzgerald, Sinclair Lewis, Judy Garland, and of course Prince. Prince would probably the one that most would want, although when it came to sports, his sport of choice was basketball.

So last night was a night of extremes. That first goal by Kirill Kaprizov was a thing of beauty. I think what made it so awesome, is that is should have never even happened. First, we had Jared Spurgeon making the quick, short pass to Kaprizov. Then, Kaprizov was able to maintain possession by passing the puck to himself between his legs. For most players attempting such a move, would end up in losing possession. And then he took the puck to the net, another area of the ice the Wild haven’t always been successful in. There were just so many times where Minnesota could have lost the puck in that sequence, but didn’t. This is a new Minnesota Wild, and I love it. Of course, the complete opposite happened with 0.9 seconds remaining in the first period. That goal by Trevor Moore ticked me off to no end. I said to myself “really, we couldn’t make it to the first intermission?” That goal had me on edge the rest of the game, because late goals like that often spark the team. And looking where the shot clock ended at the end the night, this game could have easily ended up with Los Angeles in the win column.

The power play continues to show up for the Minnesota Wild. It’s strange that it’s taken this long for it to click. However, I’m not going to argue that it has. I’ll take whatever power play goals we can get. And of course, it shouldn’t come as a surprise that the Wild’s power play goal came from Kaprizov. Sure, Kaprizov was helped by the fact that Anze Kopitar lost his stick, but I’m not going to argue. Of course Kopitar got that one back, with a goal of his own late in the third period. Like I said in yesterday’s game preview, he just simply has a way of making things happen for his team. I keep wondering what would have happened to this team had we drafted Kopitar instead of flippin’ Benoit Pouliot. But we weren’t the only team that failed to pick up the longtime Kings’ forward. I suppose like many teams are often hesitant at drafting Russian players, Slovenian players are probably even more of a mystery.

Tonight, the Minnesota Wild have the opportunity to clinch a playoff sport. They need a single point in order to do so. And of course because that is a possibility, I worry that the Wild will squander the chance to make it happen. First off, it doesn’t matter if the Sharks are great or horrible, but outings at SAP Center have a habit of going poorly. The Sharks haven’t played since Wednesday night, in which they suffered a 5-2 loss to Vegas. That was also the game where they were able to honor Marleau. They would like to get a win at home for their Iron Man. And they’ve had the time to actually have a true practice, the one thing the Wild hasn’t been able to do. In that game against Vegas, the Sharks’ Evander Kane tried to take liberties with the Golden Knights. Vegas on the other hand, was having none of it. If Kane attempts the same intimidation tactics, the Wild would be wise to copy Vegas’ approach. It does help that Minnesota has Marcus Foligno back in the lineup, as that should make Kane have to really think if that’s a ploy he really wants to try.

When it comes to celebrities and hockey, there is one video that all of us need to see. It pains me a bit that it comes from the Pittsburgh Penguins, but it’s still amazing. Nothing quite like a team nominating the one and only Mister Rogers as celebrity captain for the season. You can skip ahead to about the 2:30 mark if you don’t want to watch the entire thing.