Three Inside Linebackers the Packers Could Draft in the First Round 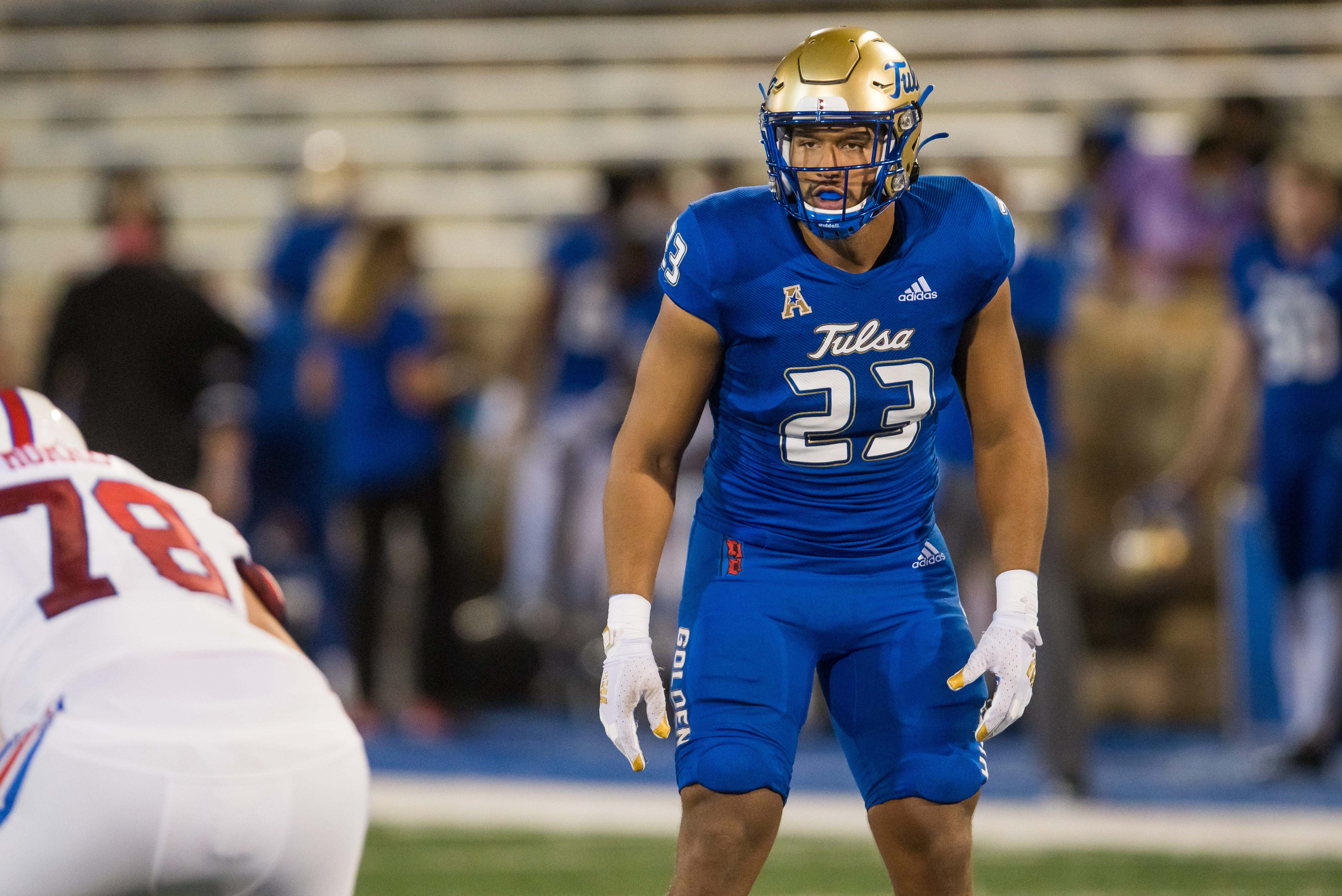 Three Inside Linebackers the Packers Could Draft in the First Round

The 2021 NFL Draft is less than a week away and Green Bay Packers fans are eager to know who the team will select with their first-round pick. The Packers presently hold the 29th pick in the first round although GM Brian Gutekunst has made a first-round trade every year since he took over the team’s draft in 2018.

Today we will examine inside linebackers since the Packers have a need at this position. The returning starters are second-year players Kamal Martin and Krys Barnes. Both showed a lot of promise but made their share of rookie mistakes in 2020. Martin missed the start of the season due to an injury suffered late in training camp. Barnes had a better rookie season but Barnes probably has more upside.

The Packers released veteran Christian Kirksey so there is a lack of established depth. Ty Summers and Oren Burks are the top reserves but both players have yet to show they can contribute consistently on defense although they both contribute on special teams.

The Packers have not had a dominant inside linebacker who can make tackles all over the field for quite some time now and management has not emphasized this position. Still, players like Lavonte David and Devin White were difference makers in both meetings between the Packers and the Buccaneers last season and adding a similar talent could take the Green Bay defense to another level.

There are a few inside linebackers that should be available when the Packers pick at 29. Players on this list are likely to be available at that spot or be available if Gutekunst chooses to trade up 10 or fewer spots to grab that player.

So here is a list of possible inside linebackers the Packers may take in the first round. They are not listed in any particular order.

Collins would be a great fit in the Green Bay defense and is the kind of player who could be on the field on all three downs. Collins is 6’4” and 260 pounds. He has the speed to roam sideline to sideline and track down runners, can drop back into coverage and even rush the passer.

Collins needs to improve his pass rushing technique and has more experience in zone coverage than in man, but his overall skill set and work ethic make him someone who can play inside or outside linebacker and can be a difference maker at a position where difference makers are rare in the modern NFL.

It may take Collins a year or two to make the jump from Tulsa to the NFL, but the talent level is there and he has the potential to be an impact player. The Packers may have to trade up to get him, but if they are looking for someone who can change the linebacking corps, Collins may be their best candidate.

Davis has good size and range but he does not have a lot of experience at the college level. He became a full-time starter in 2020 and had a strong season. Davis can play inside or outside linebacker and was a playmaker in college.

The biggest questions concerning Davis are his ability to read plays and get through high traffic areas to make tackles.

One question about Davis is whether he is a better fit outside in a 4-3 or inside in a 3-4 defense.

Davis should be able to become a solid NFL linebacker and the Packers may be able to get him early in the second round if they trade back. He will likely need a year of seasoning before he makes a big impact, but Davis should be a good one with the proper coaching.

Bolton is a fierce hitter who is quick to diagnose plays and gets to the ball carrier with wild abandon. He can also rush the passer and had two sacks last season at Missouri.

Bolton is only 6’0” and 232 pounds so he lacks the ideal size scouts look for in a linebacker. He is solid in zone coverage but needs to work on man coverage if he hopes to stay on the field all three downs in the NFL.

Bolton also has good leadership qualities and was a team captain as a junior in college.

He may need to add some size to compete at the NFL level, but if you’re looking for a hitter and a leader, Bolton is a good fit at inside linebacker.