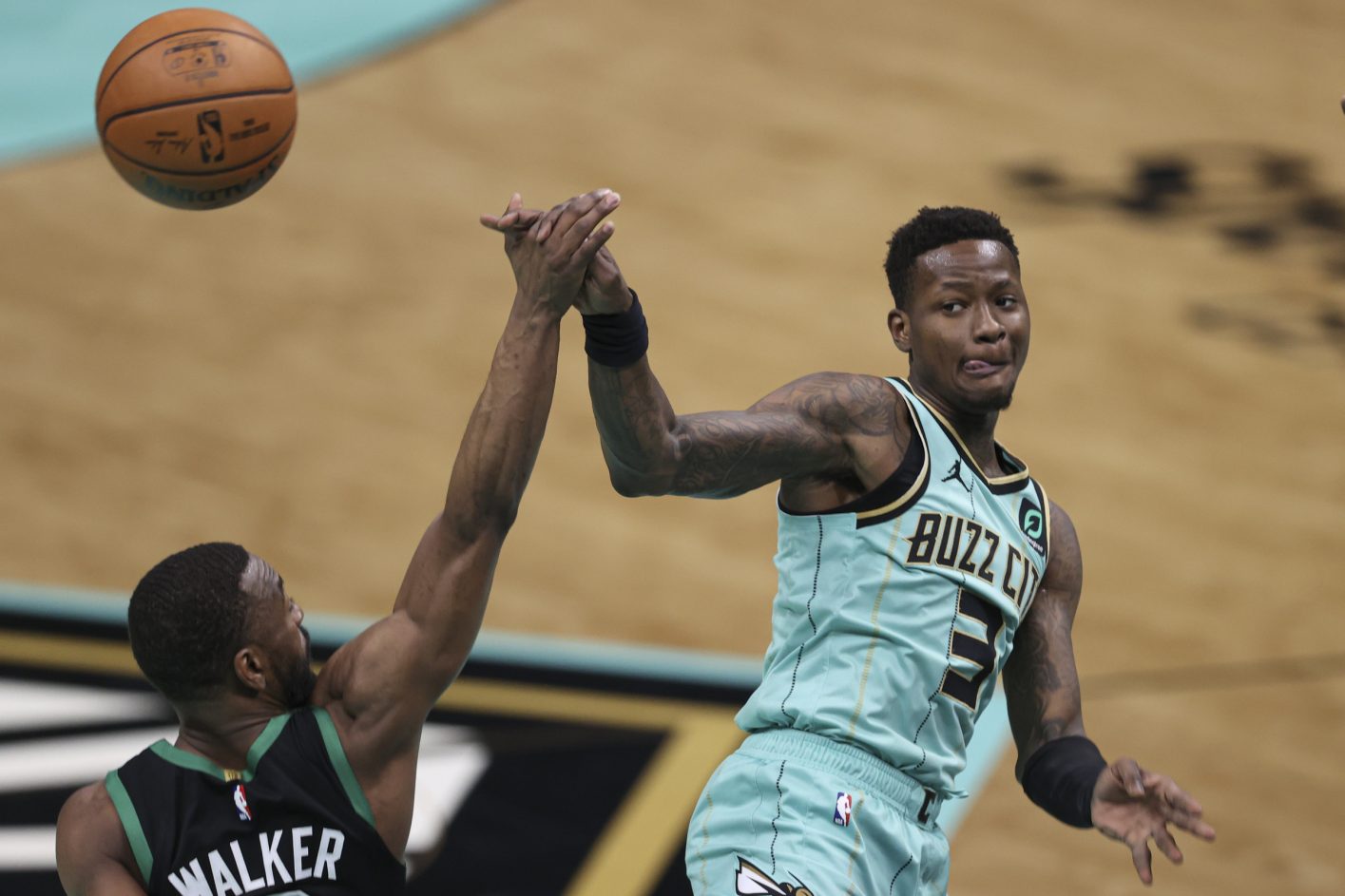 A somnambulist-looking version of the Celtics dropped a matinee against Scary Terry and the Hornets, losing 125-104.

They were immensely sloppy with the ball and unprepared on defense, letting Charlotte run buckwild in transition to bomb away from deep. (Rozier, Miles Bridges, Devonte’ Graham and P.J. Washington all had multiple 3-pointers and scored 20+ points by the game’s end.) While the Cs bench built a bit of momentum at the end of the period, the Hornets still led 33-23 after 12 minutes.

The lackluster offense continued in Q2 for Boston as they watched Charlotte move the ball, play with pace and shred their completely disorganized defense. Boston legit just couldn’t get a damn thing right on that end and the home team capitalized in agonizing fashion, building a lead that at times approached 20. Only a 12-point Q2 surge by Jaylen Brown (20-8-2-2 for the game) kept the Cs in it, behind 63-52 at the half.

The Cs begin the third quarter strongly…for two minutes. Then the turnovers and sloppy, foul-happy “defense” returned. Small solo runs by Marcus Smart (scoring 10 of his 17 points in a consecutive stretch), Brown and Walker (20-6-4-2) didn’t make major dents, as the Hornets always managed to stay between 10 and 15 points or more ahead. As we entered the final frame of the game, it seemed like this one was pretty much cooked, and wouldn’t you know it…it was. The torrent of Charlotte triples and their surprisingly impressive defense was simply too much to overcome.

Now a trip through the game’s timeline via highlights, commentary, etc.

tough all the way to the basket pic.twitter.com/kU3X4iggoy

But the story of the game’s start was much more rooted in these than in what Tatum was doing:

"We're too loose with the ball" – Brad Stevens about a dozen times this month.

the celtics are another victim of the famed charlotte nightlife

C’s are fine *if* they wake up and lock in defensively. That was just some really impressive but unsustainable shooting from CHA… was impressed with Jabari defensively that quarter.

Not words you hear often re: new Celtic Jabari Parker, and in fact, I’m not sure I believe them. He’ll get buckets, but not much else.

When Jabari goes up for a dunk, watch your head!#Celtics Rewind presented by @tmobile pic.twitter.com/Bv8t8IIDtu

The actual number is 34, but it certainly feels that way.

They fell behind by double figures 29 times all of last season. https://t.co/58vlc4rB01

Worth noting that Brown’s Q2 effort was of more than the bucket-getting variety:

Marcus with some big 3's here and now the Celtics are back in it#Celtics Rewind presented by @tmobile pic.twitter.com/08BFKcHXUL

GET MARCUS SOME HELP

An unfortunate part of this game’s problems: Even though Tatum individually played decently (19-11-2-1), his defense couldn’t match up with Bridges or Washington.

Tatum getting outplayed by almost every wing in this game, FIGHT BACK