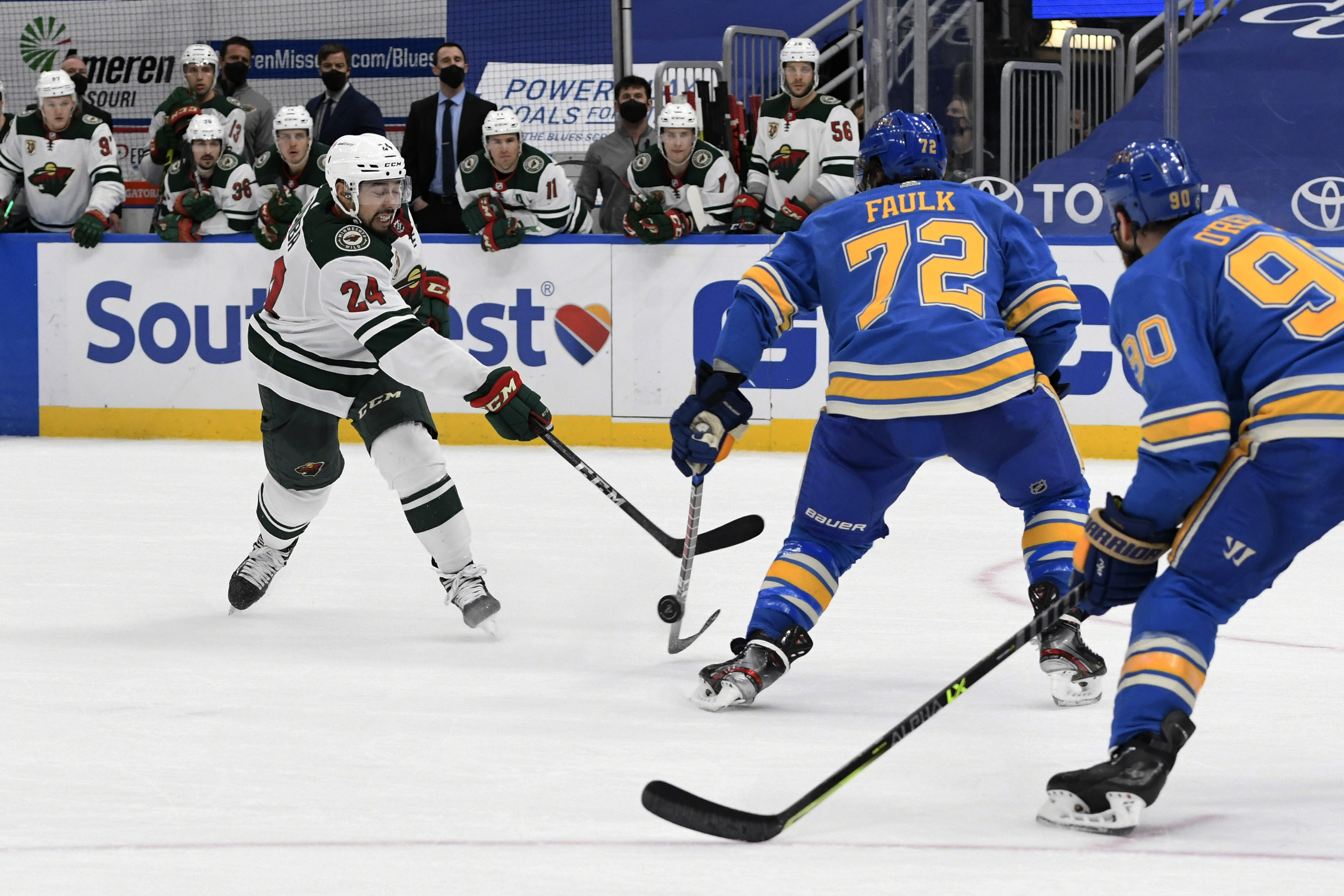 Disclaimer: This preview was written on Monday 4-26-21, when we thought we were playing and before we realized the schedule got shifted. Details discussed then, might not be the same now. I’m just too lazy to write an entirely new preview. So there.

Ah, the playoffs. We’re getting closer and closer to them starting, yet I have so many questions. For example, doesn’t it seem a bit strange that the only three teams that have so far clinched a spot are all in the same conference? So far, it’s just Las Vegas, Colorado, and the Minnesota. Who knew we’d see a day when the Minnesota Wild would clinch a spot before teams like Pittsburgh and Washington. Well I’m not going to argue. I would say the biggest question I have is how the playoff format is even going to be set up. Are we going to have another playoff bubble experience like last year? I mean if you think about it, it’s probably the only way to do it. Let us remember, that the US-Canada border isn’t exactly open like we’re used to. To me, it would have to be a bubble format, because if not, it would require some regular border crossings, and that’s simply not allowed. Look at players who have been traded between US and Canadian teams. Those individuals had to quarantine for 14 days before they were allowed to join their new teams. Without knowing how all of this is going to work, we can’t even really think about the games themselves.

Tonight, begins what essentially is going to feel like a playoff series. Well to a degree, not for Minnesota as their ticket has already been punched. This four game series against St. Louis, is a do-or-die series for them. They’re sitting in fifth place in the Honda West Division, and just one point behind Arizona, who is in fourth place. There’s an added bonus though for the Blues. They have three games in hand on the Coyotes. That gives them the room and the determination to make things happen. If you didn’t groan when you saw this end up on the schedule (due to rescheduling), I don’t know who you are. This is not a four-game series any Wild fan should be excited for. The last two meetings against the Blues have been anything but happy. From a 9-1 loss with a 3-2 overtime loss the next day, should let you know, we’re not in for an easy next four games. Yes, they’re technically out of the playoffs right now. But I wouldn’t expect them to play that way. However, how nice would it be, if Minnesota could be the dagger to the heart of Blues fans? It would be one opponent the Wild could do without when the playoffs start.

And while Blues and Coyotes fans are stalking the standings, there’s another pair of teams that Wild fans should be concerned with. If there’s a team we should be cheering for now, it’s the Colorado Avalanche. Why you ask? Well, we need them to overtake the Vegas Golden Knights. Depending on the format chosen for this year’s playoffs, I know I’d rather face Vegas in the first round than Colorado. Sure, Minnesota has had some success against the Avalanche in the playoffs, but I don’t want to play this year’s Avalanche in the first round. I don’t know what it is about the Minnesota Wild, but it seems like we’re the one team in the league that truly has a winning record against the Golden Knights. Even in their Cinderella first season that took them to the Stanley Cup Finals, they weren’t an issue for Minnesota.

This four-game series should tell us a lot about our team. First off, I would expect this to become a chippy series. That alone will make it feel like a playoff series. If there’s one thing I would expect is seeing head coach Dean Evason rotate his goaltenders. Cam Talbot has been calm and steady in recent games. However, Evason won’t want to ride him hard before the playoffs. This means, I would expect (and hope) that we see Kaapo Kahkonen at least once, and hopefully twice. One important reason to see Kahkonen, is for his own mental fortitude. Remember that 9-1 loss to the Blues? Yeah, Kahkonen was in net for that game. Having a good showing, including a win, would do a lot for getting him back into a competitive mindframe. Especially heading into the playoffs, you want and need to know you have two goaltenders you can depend on.

Offense of course is going to be key to this series. Well for any series, but you know what I mean. Right now, we’ve been witness to the Kirill Kaprizov and Kevin Fiala show. What’s even better about these two continuing to show up on the boxscore, is that they’re showing up in the power play column. This has been a season of a power play that most of us would rather forget. For much of the season, we’ve sat dead last for the power play. It got to the point where I don’t think either Derek or I wanted to look at the power play numbers for these previews. But of course we had to look so we could gather the percentage, but we pretty knew we could just simply put 31st and be safe. Now, we have to check, as it continues to climb. Of course, you definitely want it climbing heading into the playoffs and hope it continues in the playoffs. And it’s not just Kaprizov and Fiala making their names known. We’ve talked about how important Marcus Foligno is to this team. His size and presence has created space for Joel Eriksson Ek and Jordan Greenway to find offense on the ice. It would be nice if this line could be the x-factor against the Blues.

If ever there was a team to stay out of the box against, St. Louis would be that team. Just like the Wild’s power play is surging, the same can be said about the Blues’ power play. First off, they have Mike Hoffman. What makes him dangerous, is his lethal one-timer. It’s not really something you can prepare for, as if Hoffman gets the chance, he’s going to take it. Then there’s the Wild “killer”, Jaden Schwartz. Whenever I hear his name, I think of the classic line from the Mel Brooks movie, Spaceballs, “may the Schwartz be with you.” And it seems, that is what is happening. The Blues’ team captain, and leading scorer, Ryan O’Reilly has been heating up offensively as well recently. While they have issues keeping their opponents from scoring, they are definitely able to tally goals of their own.

Today is Kaprizov’s 24th birthday. I can think of several ways he and we as fans can celebrate the day.