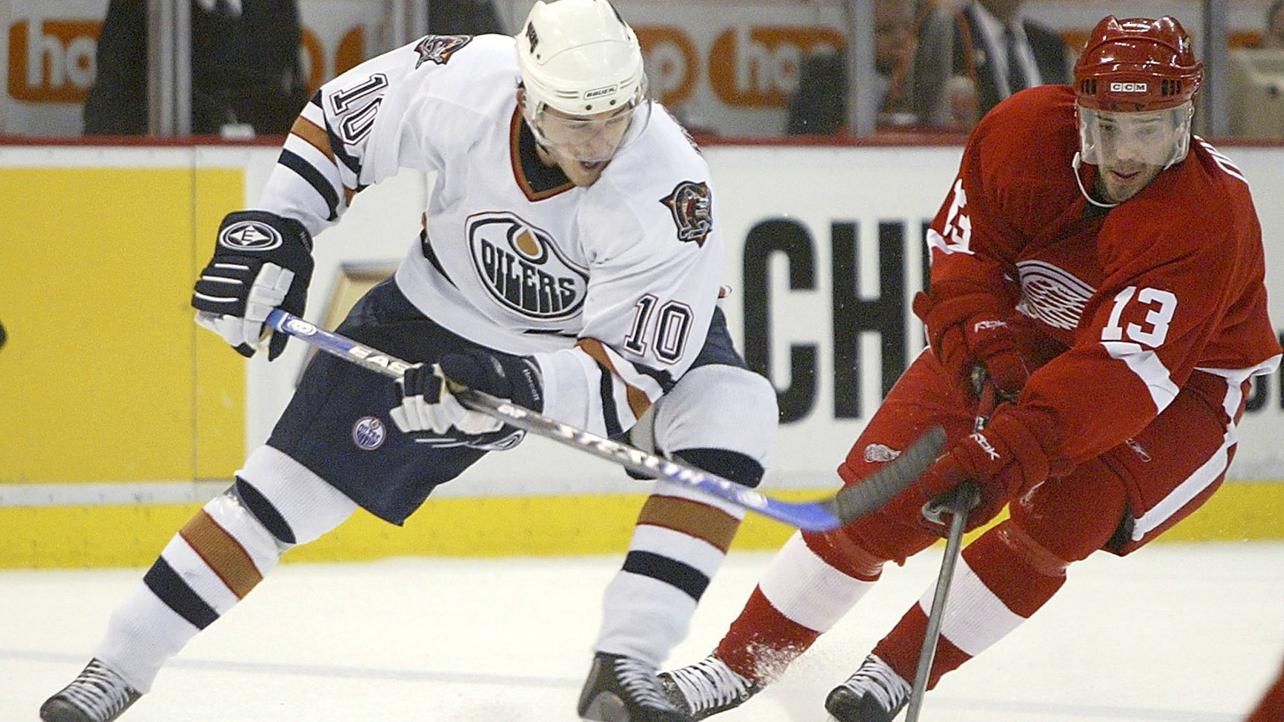 Jarret Stoll proved to be the hero for the Edmonton Oilers in their first playoff home game at Rexall Place in over three years when the club hosted the Detroit Red Wings in Game 3 of a Western Conference Quarterfinal on April 25th, 2006. Two nights later, on this day 15 years ago, the Oilers had the opportunity to gain an improbable stranglehold on a series no one predicted they would win.

Game 4 at Rexall Place once again featured an insane atmosphere in the old barn, and once again featured the home team jumping out early. Edmonton opened the scoring 7:22 into the hockey game when Raffi Torres found Fernando Pisani at the side of the goal. Pisani snapped home his second goal of the series, on the powerplay, to get things started.

Unfortunately for the Oilers, the Red Wings woke up at this point. Detroit would go on a five-on-three powerplay thanks to a pair of cross-checking penalties. Matt Greene would be sent off at 11:34, with Steve Staios joining him at 12:17. The Red Wings made the Oilers pay.

Tomas Holmstrom tipped home a one-timer from veteran Mathieu Schneider at 13:25 to get the Wings on the board. The goal, scored with a five-on-three, completely swung the momentum in Detroit’s favor.

Detroit cashed in on the momentum when Robert Lang received a pass in stride from Pavel Datsyuk with less than a minute left in the first period. Lang darted into the Edmonton zone and wired a shot by Dwayne Roloson that clipped the near goalpost, banked off the far post and found it’s way in.

The Wings took their 2-1 advantage to the room, but the Oilers didn’t relent.

Edmonton scored the only goal of the middle period, their second powerplay marker of the game. Jaroslav Spacek would blast a one-timer off a feed from Ales Hemsky that Manny Legace had no chance to save. Spacek’s second of the series, scored at 4:03, set up a dramatic final 20 minutes of hockey.

The Red Wings, the NHL’s best team in the regular season, prevailed. They scored twice on the powerplay, their second and third goals on the advantage of the night, to pull away. Nicklas Lindstrom broke the tie at 6:44, while Henrik Zetterberg put home the insurance at 15:53. It was Zetterberg’s series-leading fourth goal, as he continued to burn the Oilers.

The silver lining of this 4-2 loss for Edmonton? There would be at least one more game at Rexall Place, Game 6, on May 1st. No one leaving the building that night could have known what was ahead. Before that Game 6, however, the Oilers had some work to do in Detroit in Game 5 as they tried to wrestle momentum back.