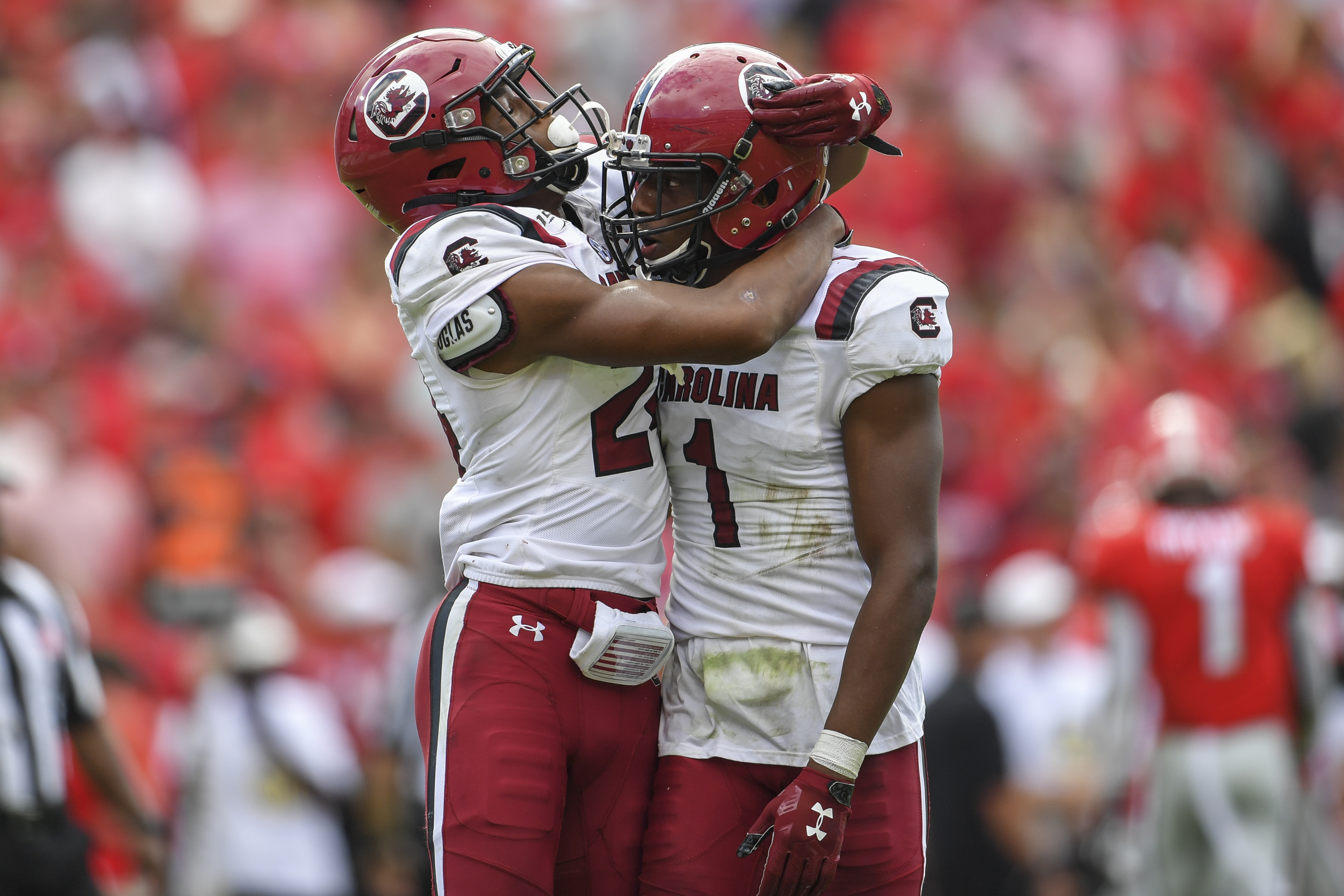 With the 2021 NFL Draft only two days away and the rumors abuzz, it is the perfect time to look at who the Philadelphia Eagles might take with their 11 draft picks.

The last time we did an Eagles-centric mock draft in January, the team just hired former Colts offensive coordinator Nick Sirianni to be their new head coach. But a couple of months later, Philadelphia traded quarterback Carson Wentz to Indianapolis Colts and then swapped first-round picks with the Miami Dolphins.

Despite moving down a few spots in the first round, the team should be in a prime position to land a playmaker either on offense or defense. In last year’s draft, the Eagles took wide receiver Jalen Reagor in the first round, and then in 2019, they took offensive tackle Andre Dillard in the first.

That being said, we will take a look at who Philly might take with 11 picks in the 2021 draft using The Draft Network’s draft simulator.

With receiver Jaylen Waddle going to the Dolphins at No. 6 and cornerback Patrick Surtain going to the Giants at No. 11, the Eagles find themselves in a great position to take either cornerback Jaycee Horn or wideout DeVonta Smith.

However, after spending a ton of draft capital at wideout in the last two draft classes, the Eagles take Horn at No. 12. The 6-foot-1 cornerback comes in as the team’s second-best cornerback and will be an instant Day 1 starter.

Emory Hunt of Football Gameplan has Horn ranked as his second-best field cornerback behind Surtain. He also gives the former South Carolina standout an 84.5 grade (potential pro bowler), which the Eagles will take without any questions.

After drafting Horn with their first-round pick, the Eagles stay on the defensive side of the ball and select Nick Bolton.

Philadelphia can use more playmakers at the position, despite drafting Davion Taylor in the third round last year and signing Eric Wilson in free agency.

Bolton had a fantastic last two seasons at Missouri, where he was named to the All-SEC first team. Last season, the 6-foot linebacker had 95 total tackles, eight tackles for loss, five pass deflections, and two sacks.

As we know, the Eagles have struggled over the years with their linebackers in pass coverage. Bolton should be able to help fix those problems under new defensive coordinator Jonathan Gannon.

The Eagles finally spend some of their draft capital at wide receiver with the selection of Tylan Wallace. Unlike the top wideouts in the class, who possess both size and speed, Wallace does not have elite speed. But he does have a knack for making the tough catches.

The former Cowboys wideout was one of the better receivers in the Big 12 over the last three years. In his final season in Stillwater, Wallace produced 59 receptions for 922 yards and six touchdowns. The 5-foot-11 receiver would be an adequate WR2 and compliment to Reagor on the outside.