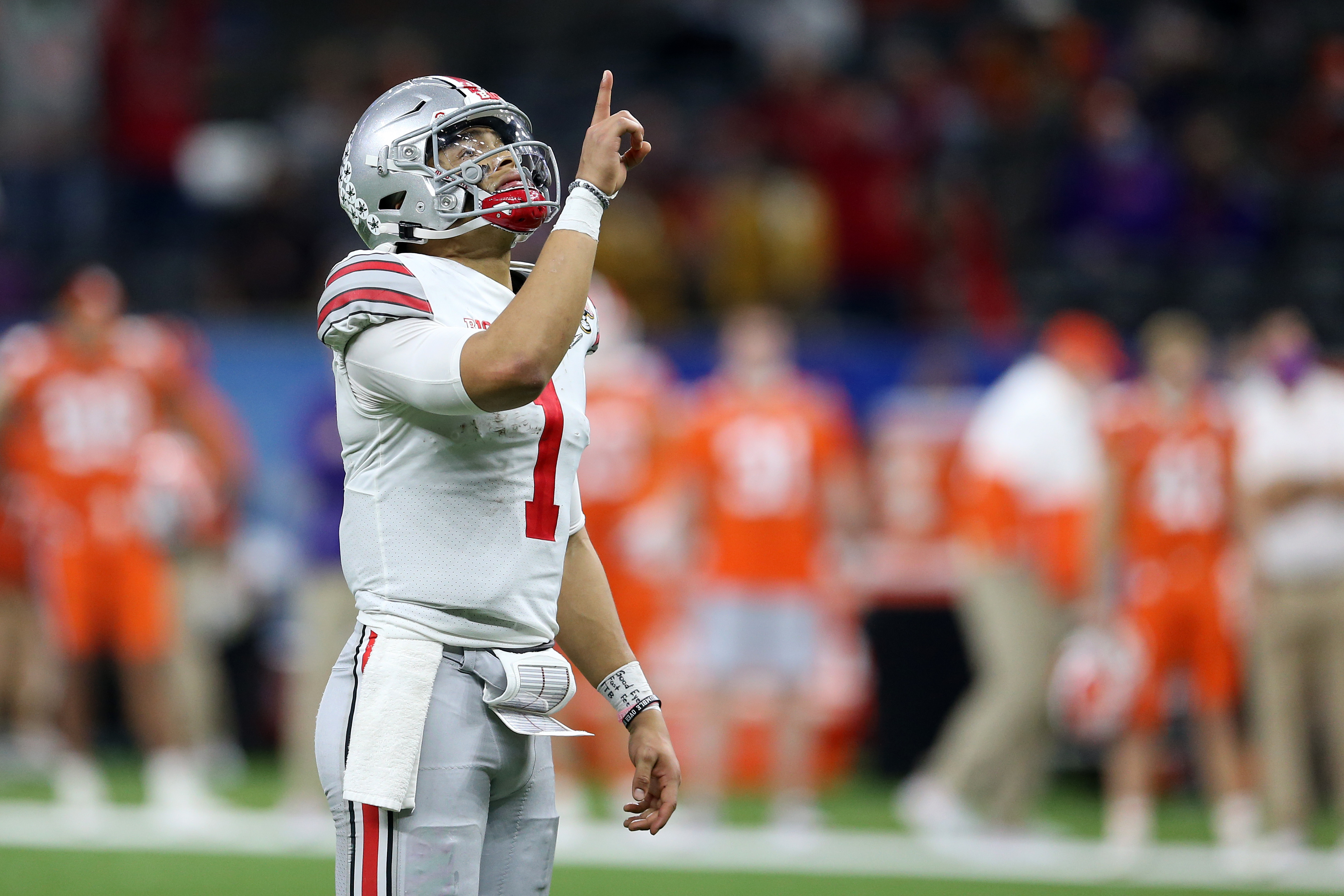 As we get closer to the first round of the 2021 NFL Draft, the trade winds and rumors are swirling around various teams and prospects.

One team that has been mentioned in trade rumors is the New England Patriots. The Pats currently have the 15th overall selection in Thursday’s draft.

But could look to move up into the top-10 if Justin Fields slips, according to Tom Pelissero of The NFL Network. Fields is one of the top quarterback prospects in this year’s draft class but will likely not be selected within the top three.

On Sunday, Ian Rapoport of NFL Network reported that the Niners have narrowed their focus down to Mac Jones and Trey Lance. If that’s the case, then we could see Fields slide down the board. New England would love to get their hands on the former Ohio State quarterback, as they need a young signal-caller behind veteran Cameron Newton.

Fields had a tremendous last season at Ohio State, where he led the Buckeyes to a Big Ten championship and the National Championship Game. The dual-threat signal-caller completed 70.2% of his passes for 2,100 yards, 22 touchdowns, and six interceptions. He also added five touchdowns on the ground.