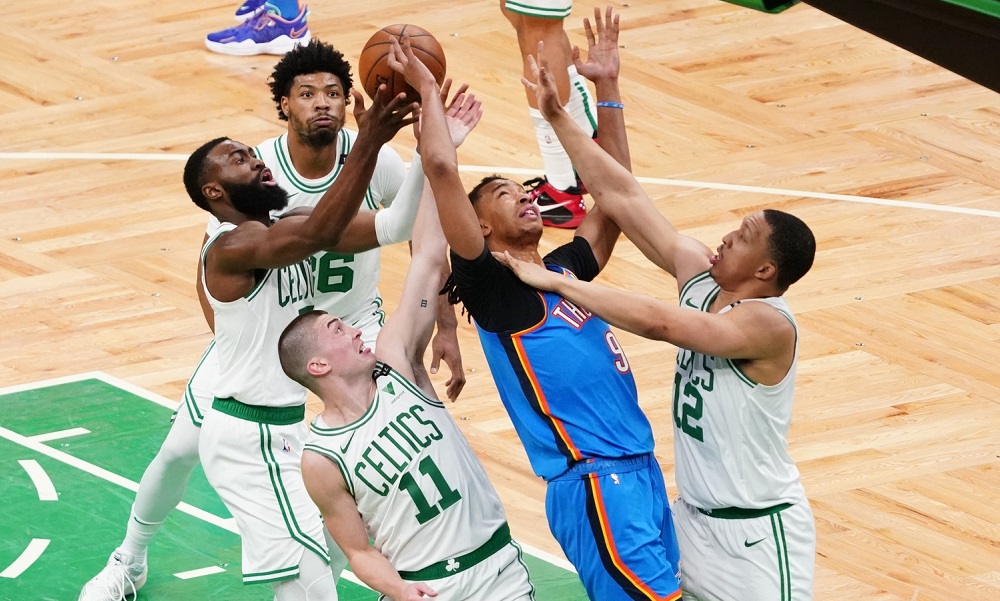 The Celtics had lost three of their last four, and the perfect remedy for their funk was a date with the OKC Thunder, who had lost 14 straight. Or so we thought.

Instead, in a season filled with bad losses, the Celtics suffered by far their worst defeat, 119-115. OKC controlled the game until the Celtics found some energy in the third quarter and briefly took a lead. But it was tied going to the fourth quarter, and the Thunder outscored Boston in that period, 41-37.

Behind an 18-6 run, OKC went ahead by 11 with two minutes left, but as we’ve seen all season, a late, desperate rally got the Celtics within 3 points in the final seconds. As we’ve also seen all season, it fell short.

Jaylen Brown (39 points, 13 of 26 shooting, 11 rebounds, 4 steals) and Payton Pritchard (career-high 28 points, 9 of 16 shooting, 4 assists) tried to carry the team, but they couldn’t overcome all the disastrous factors.

OKC was led by Lu Dort, 24 points, and Darius Bazley, 21 and 10 rebounds. As Mike Gorman said about the Thunder near the end, “They just wanted it more.”

With Jayson Tatum and Kemba Walker out, Evan Fournier and Semi Ojeleye join Smart, Brown and Thompson in the Celtics starting lineup tonight.

It was a slow start.

JB with the two-handed jam pic.twitter.com/FsD2JcRSL7

It appears I’m lucky to have missed most of the first half. https://t.co/3xnt2sxzuI

“Bad” did not just describe the players.

These refs this whole season have been trash dot com

Brown ties the game with an old fashioned 3-point play and then another drive to the basket. A radical idea maybe the Celtics should consider that crazy style of basketball.

What a turnaround by the Celtics, they were able to rally to get back into this contest.

Former New Balance intern Darius Bazley with back-to-back buckets for OKC, putting the Thunder up 97-91 with 6:16 remaining and forcing Brad Stevens to call a timeout. Thunder have a chance to end their 14-game losing streak.

The Thunder have 24 turnovers with 5:36 left and are beating the Celtics by four.