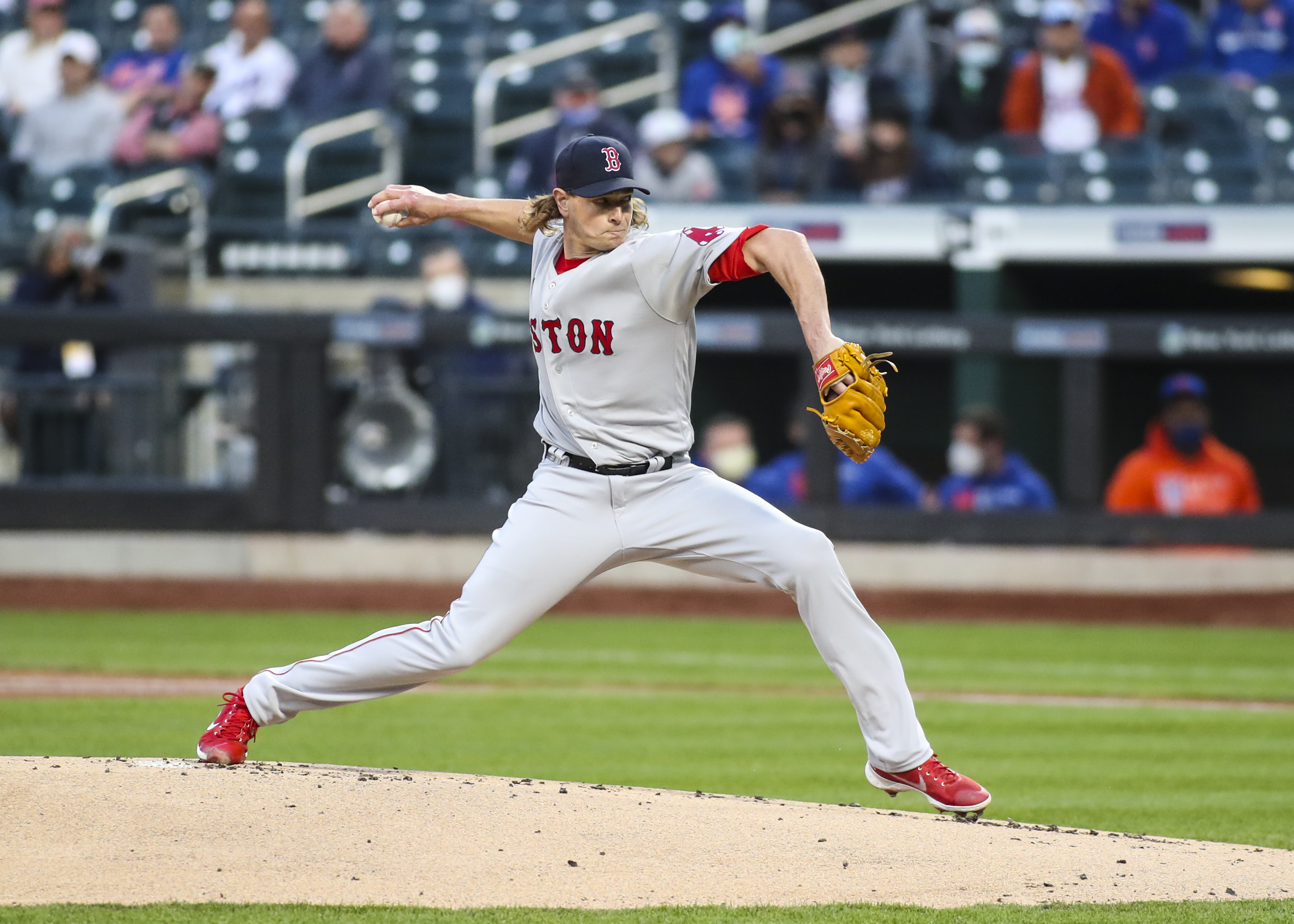 Garrett Richards had the Mets on a string all night. Is that really saying much these days? Probably not. But Richards held a clinic on how to beat the Mets, and it’s pretty simple:

First time through the order, you set them up with fastballs. For the first three innings, Richards threw 22 four seamers and nine sliders/curves. Skewed a bit as five of those fastballs went to David Peterson, but still almost a 2-1 ratio of fastballs to off speed pitches which took you through the entire lineup plus an extra at-bat to Francisco Lindor. One of those fastballs was smacked towards the Soft Drink Sections to give the Mets a 1-0 lead.

Then in the 4th, after the Red Sox tied it on a Bobby Dalbec home run that got way too much of the middle of the plate, the “fun” began. Dom Smith strikes out on a slider. Pete Alonso gets three sliders and then strikes out on a curve, so now he’s all aflutter. Michael Conforto got a couple of curveballs before he lucked out on a check swing double down the line in left, and J.D. Davis took a first pitch fastball to left for a base hit which sent Conforto to third. (J.D. Martinez was playing way too far in against Davis, but was probably sent in a bit to compensate for the fact that he’s a designated hitter disguised as a DH, and that kept McNeil from scoring. I’m still not sure if it was shrewd or lucky, but it was a low-key important point in the game.) But McNeil struck out swinging at a fastball after looking at two curve balls for ball one and strike two. 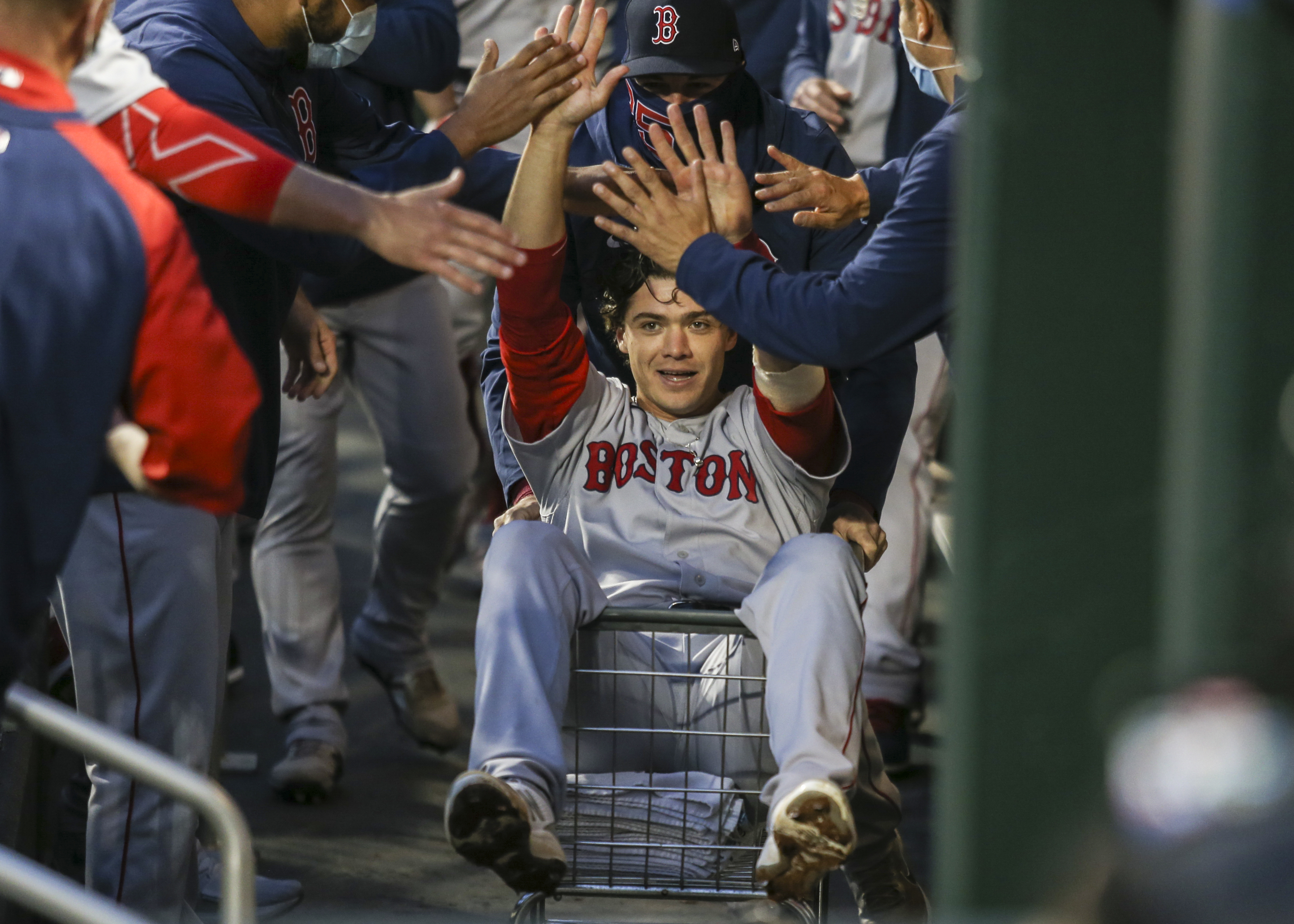 Fifth inning, James McCann gets a curve and a slider, and singles to left. Unfortunately, in his zest to take advantage of Martinez, got thrown out trying to stretch it into a double. Peterson had a tough seven pitch at-bat and even got a couple of curve balls early in the at-bat. Pillar got two sliders and singled on a fastball, but was thrown out stealing second after Lindor got two off speed pitches out of five in his at-bat.

Seventh inning was a 1-2-3 frame for Richards. McNeil grounded out on a fastball after seeing two sliders. McCann also grounded out on a fastball after seeing two sliders. (Must be the slider waltz). Brandon Nimmo then pinch hit for David Peterson and struck out on a fastball. So after going 22-9 in favor of fastballs in the first three innings, Richards’ final 62 pitchers were 32 off speed and 30 fastballs. Now, it isn’t just about the mix of pitches, because Richards has to execute them and he did. He’s a good enough pitcher to execute on a given night. But it seems so simple, resorting to the age old way to get hitters out, and getting them out so easily as it only took 93 pitches over seven to send the Mets away quietly. Richards didn’t have to be Danny Ocean to set up the Mets to get their riches stolen. 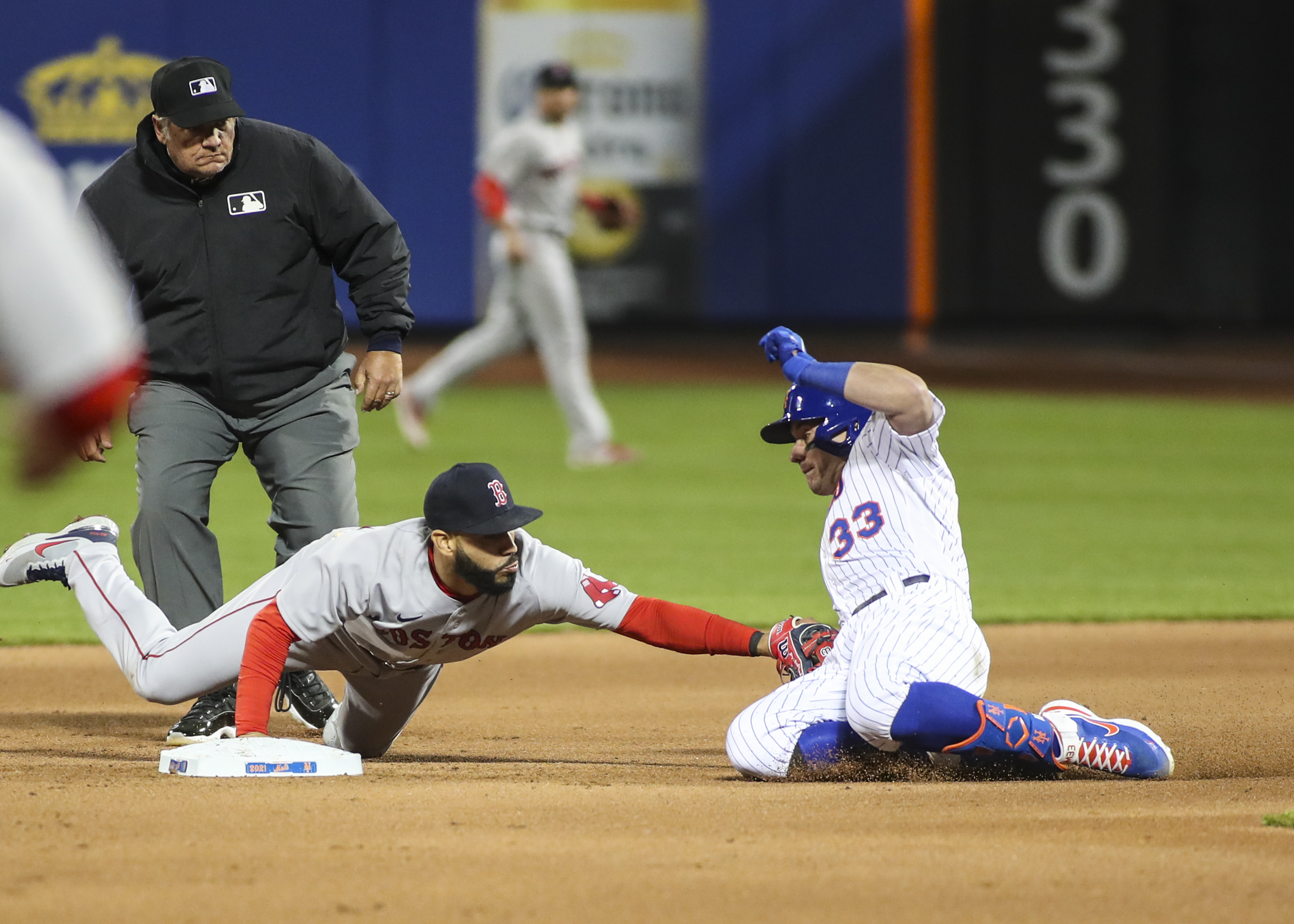 They will also rue the fastballs that they did get and missed, especially in the ninth when Matt Barnes was pumping fastball after fastball, only minimally mixing in his knuckle curve. Davis with two outs had a middle-middle fastball to crush at 1-1 and he swung and missed, setting himself up to flail compassionately at the 1-2 knuckle curve to end the game. The team is in a bad way offensively right now, and old recipes are good enough to take them down right now. Who needs to mix in avocado toast when mom’s meat loaf recipe is working just fine, right?

At least Jacob deGrom can hope that they’re saving it all for him tomorrow. But with the game being the only 6:40 home start of the year, there’s just as much of a chance of deGrom taking the mound and having absolutely nobody on the field with him because “oh, it was a 6:40 start?”