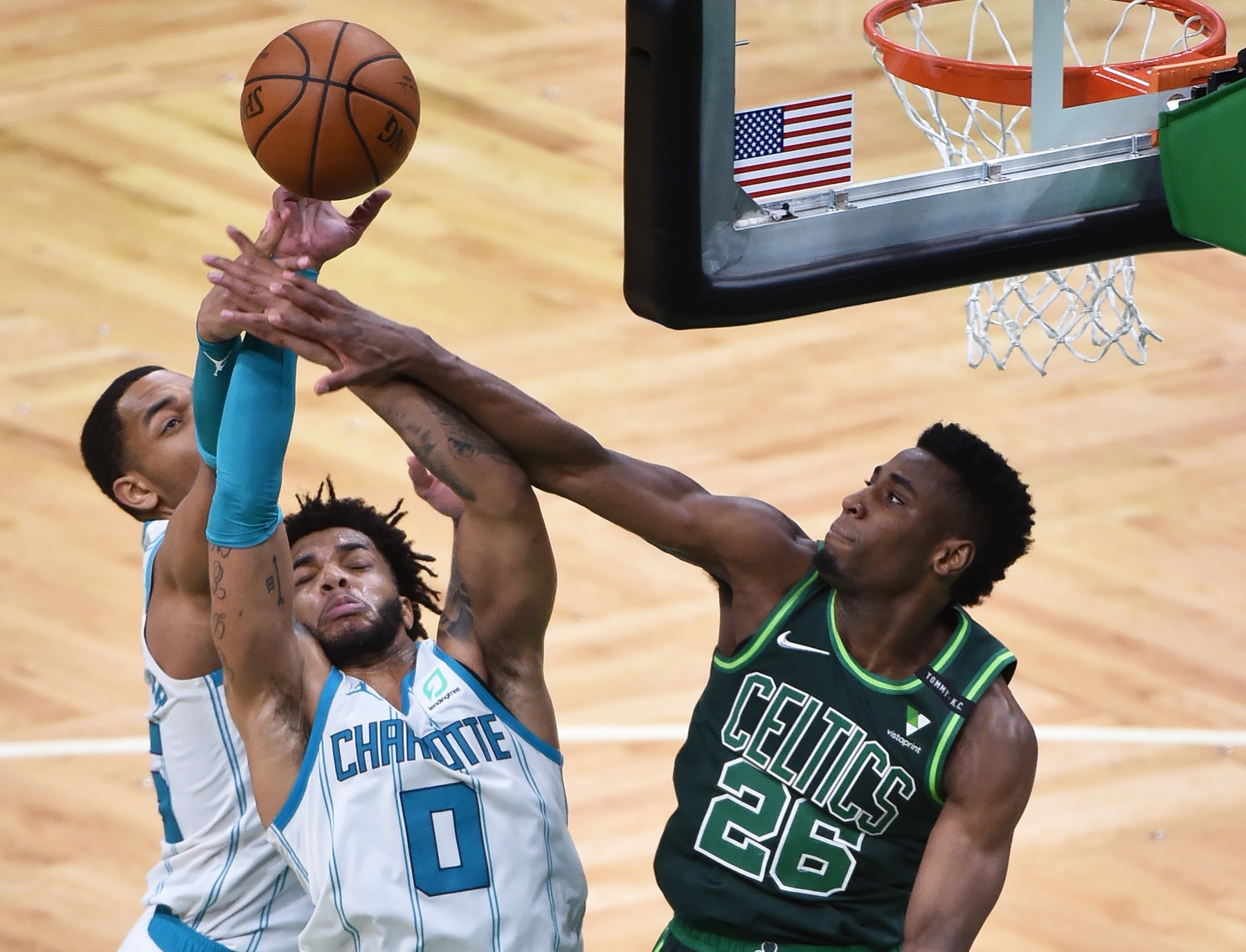 The Celtics showed a pulse for about 36 of 48 minutes in tonight’s 120-111 victory over the Charlotte Hornets and that’s all we can ask for.

Fueled by a red-hot Jaylen Brown (38 points, 13-23 FG) the Celtics led by 20 points after the opening quarter. Predictably, Charlotte methodically worked their way back into the ball game, closing to within 3 points midway through the 3rd and again later in the 4th quarter.

But Brown and Tatum (35 points, 12-23 FG) closed the door with some clutch buckets late, and Aaron Nesmith (yes, that Aaron Nesmith) earned major minutes with some incredible hustle plays. Nesmith finished with a career-high 15 points, 9 rebounds, 3 steals, and 3 blocks. You gotta watch the highlights to believe it.

Hey, a win is better than a loss and that’s all that matters at this point of the season.

Boston Celtics guard Marcus Smart has been suspended one game without pay for directing threatening language toward a game official.

We just had a mini tornado inside TD Garden 🌪 pic.twitter.com/HuuW6eq7si

Robert Williams' first game back and he's making his presence known on this block pic.twitter.com/CaST7QQZFh

Chase down block by TimeLord!

get that out of here 🚫 pic.twitter.com/Y64lD3yLOQ

Celtics scored 39 points in first quarter. They have scored only 27 points over last 15 minutes.

Don't know whether this was Fournier's fault or Waters's, but Tristan Thompson was heated after the bad miscommunication resulted in such an easy dunk. pic.twitter.com/FAX2TlDrKG

bottom of the net pic.twitter.com/zu0ZbNfZeM

Nesmith more blocks tonight than Semi has had in his last 79 games combined https://t.co/TwjS1qbkVX

Aaron Nesmith with a new career-high of 15 points. He also has 9 rebounds, 3 steals and 4 blocks.