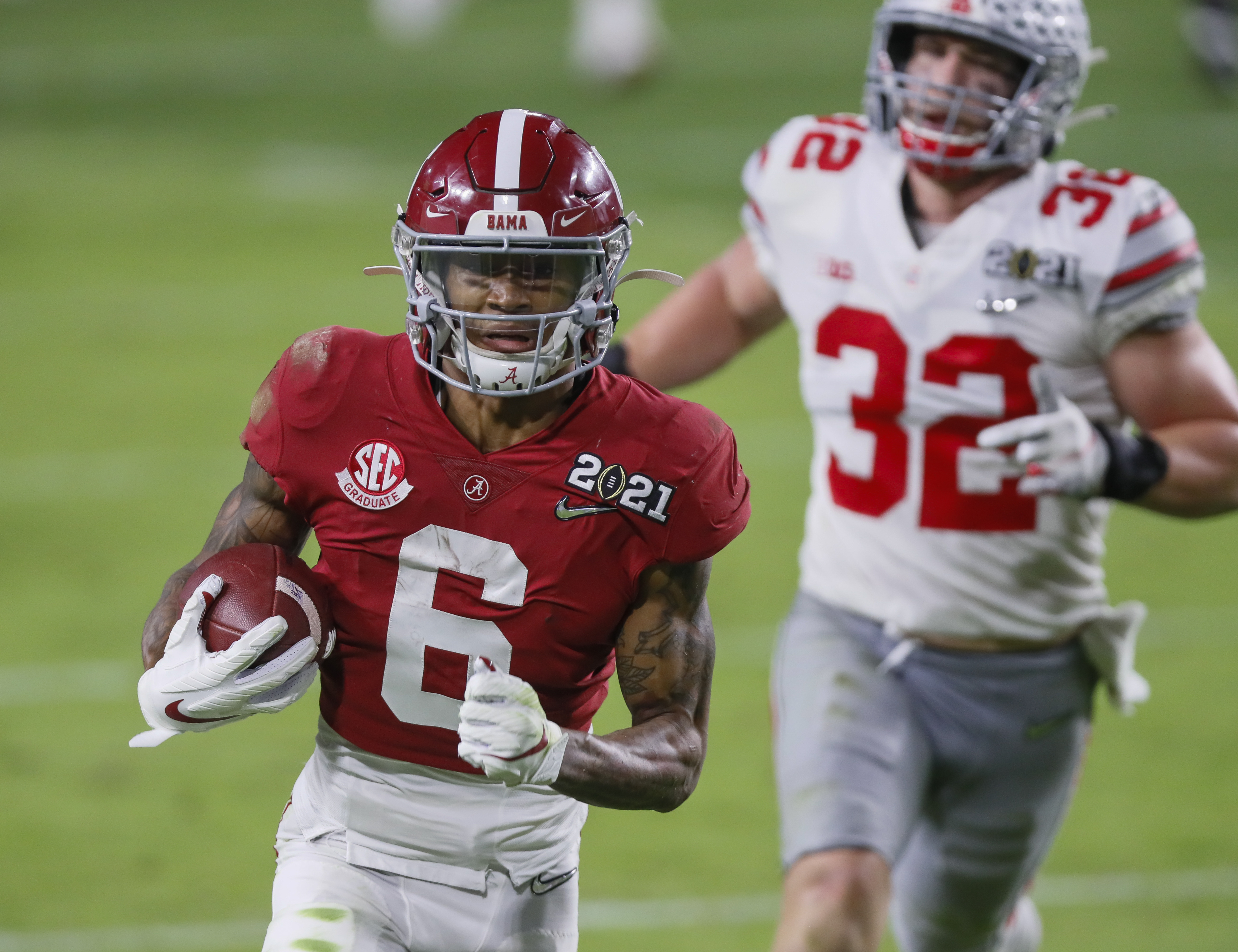 A lot has changed since our first mock draft back at the beginning of March. Multiple teams have made trades up and down the board, which has this year’s draft even more intriguing than before.

The San Francisco 49ers moved into the top-three and are poised to take a quarterback in what looks to be a top-heavy quarterback draft. As for the Philadelphia Eagles, they now pick outside the top-ten, and by that point, the board could get a little wild.

This draft has more questions than answers, which we will only find out when the clock starts running. Here is our final mock draft, heading into Thursday’s NFL Draft in Cleveland, Ohio.

The first overall pick, which is held by the Jacksonville Jaguars, is one of the only sure things in this draft. Lawrence is a quarterback prospect that has been touted for some time now as the next great talent. He will look to change the direction of the Jaguars franchise and be their new franchise quarterback.

After trading quarterback Sam Darnold to the Carolina Panthers, the New York Jets are poised to take a quarterback with this pick. All signs point to BYU’s Zach Wilson to be that guy. As a junior in 2020, Wilson threw for 3692 yards, 33 touchdowns, and only three interceptions. New York hopes he will be the guy to bring Jets football back.

The 49ers wheeled and dealed their way up to the third pick and will most likely take a quarterback. There’s been a lot of speculation as to which one it could be, and I believe it will be Trey Lance.

Ian Rapoport of NFL Media reported on Sunday that the Niners focused on Lance and Mac Jones of Alabama for San Francisco. It’s hard to fathom that San Francisco would trade up to No. 3 to take Jones. Therefore, I think the North Dakota State standout will be in a 49er uniform this upcoming season.

Atlanta is in an interesting position with the fourth overall pick. Many rumors suggest that they could trade this pick. I don’t believe that the Falcons will be able to get a deal done and will take their future starting quarterback Justin Fields.

Matt Ryan is getting up there in age and playing in a tough division with two teams heading into next year with new quarterbacks. Why not groom Fields into the future of the franchise?

Reports have suggested that Cincinnati could go receiver with this pick. I don’t believe that will be the case. Penei Sewell is a sure-fire, slam dunk lineman that the Bengals cannot pass up.

Cincinnati had one of the worst offensive lines last year, which played a part in Joe Burrow getting hurt. That being said, protecting the blind side of the franchise quarterback is more important right now for the Bengals than a skill position player.

Moving down from the third pick and trading back up to six has the Dolphins in a great position to take an impact skill position player. I believe that the Dolphins will do whatever it takes to put talent around Tua Tagovailoa and pick wide receiver Ja’Marr Chase.

Chase opted out of the 2020 season. But during his sophomore season at LSU, he put up great numbers. Chase produced over 1,700 receiving yards and 20 touchdowns. The Dolphins fill a much-needed hole on the offensive side of the ball.

The Lions are in a position where they need lots of help on both sides of the ball. They swapped quarterbacks in the offseason with Los Angeles Rams as Jared Goff will be starting under center. They also lost Kenny Golladay in free agency, so getting a player such as Kyle Pitts is a start to where they want to eventually be.

Even with the signing of Golladay, I think the Giants will want to surround Daniel Jones with as many weapons as possible and will trade up to get a guy.

Reports suggest that they are very high on receiver Jaylen Waddle. Waddle only played in six games last season due to an ankle injury but has great intangibles. He is quick, especially in the open field, and could be a good compliment to Golladay in their receiving corps.

After releasing A.J. Bouye, the Broncos will want to replace him with Patrick Surtain II. Surtain has terrific size and can make an impact right away. He is arguably the best corner in the draft.

Patrick Surtain with a Interception 🤩 pic.twitter.com/0Ce5JaR74J

The Cowboys struggled in the secondary last season, even though Trevon Diggs showed some flashes. However, it still should be a point of focus for Dallas in this draft. If Dallas can get one of the two best corners in Surtain or Jaycee Horn, that can be a huge upgrade for them. Horn is another impactful defensive back who likes to be physical, especially in man coverage.

After addressing the defensive line with their first-round pick last year, the Panthers add to their front seven with Micah Parsons. The outstanding and uber-athletic linebacker can play inside and should be wreaking havoc on Sundays this upcoming season.

When the Eagles traded out from the sixth pick, some people were shaking their heads as to why. Even though they dropped out of the top ten, Philly will have a chance to get an impact player.

I believe that the reigning Heisman Trophy winner will fall to the Eagles at No. 12 and be the Eagles’ top receiver heading into next year. The Eagles are in a spot where they need weapons, and Smith is a player who had tremendous success at Alabama. Last season, he had 1,856 yards and 24 total touchdowns.

His FOURTH touchdown of the first half, just incredible. pic.twitter.com/mt02ufDBWk