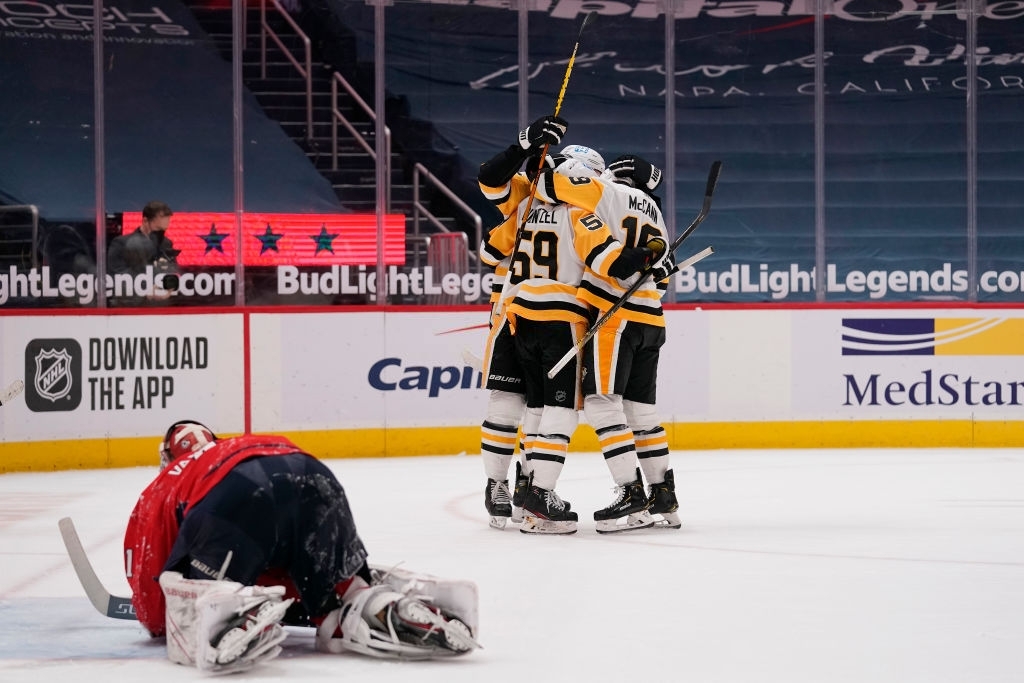 Just one standings point separates the Capitals from the Penguins for first place in the East division entering their Thursday night tilt.

With the playoffs right around the corner, it’s a measuring stick game for two teams destined to clash in a 7-game series in the near future.

Here's the Penguins' lineup for tonight's matchup with the Capitals ⬇️ pic.twitter.com/hzKhkrT3rn

No Evgeni Malkin, but Freddy Gaudreau made his return to the lineup in favor of Mark Jankowski.

It should not be understated how much of an upgrade that is: 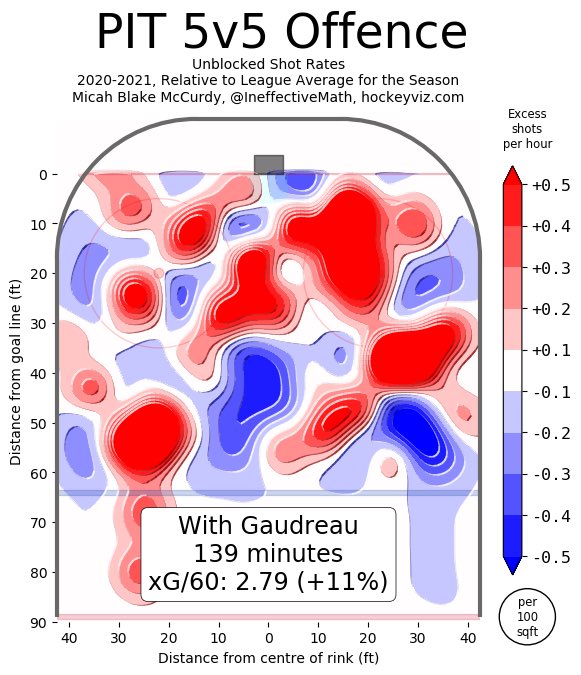 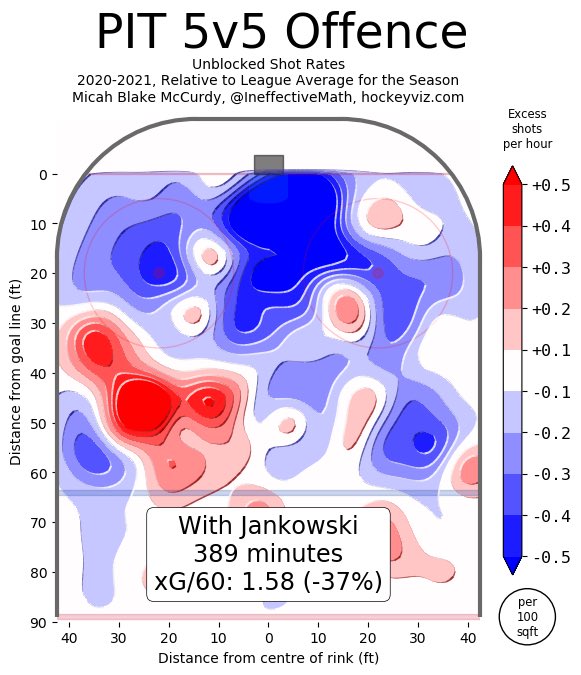 The Capitals went without Alex Ovechkin and John Carlson.

This was the first time Ovechkin had ever missed a game against the Penguins.

Get ready for Tom Wilson, Brendan Dillon and Garnet Hathaway to act like absolute tool bags.

T.J. Oshie got the game’s first goal on a sweet deflection out front.

This goal was especially maddening considering we saw this exact play from Schultz a lot in his final season with the Penguins, except most of the time the shot was going directly into the shin pads of the opposition.

Kapanen bats the pass down out of the air and rips it into the back of the cage to get the Penguins on the board. pic.twitter.com/fcC97nSrto

Toward the end of the period, Kasperi Kapanen knotted the score thanks to his great hand-eye and a gift from Nicklas Backstrom.

Backstrom threw the puck up the slot from the boards and Kapanen batted it out of mid-air before striking.

Because Kapanen didn’t stick handle once, it was a guessing game for Vitek Vanecek as to where the puck would go. Great job by Kapanen to not over-stick handle as some players do when they have a wide open opportunity from the royal road.

It was a great pass from Zucker, Gaudreau shot it to the opposite side… And into the back of the net! pic.twitter.com/5DpODRYJ9e

Is it poetic or simply hilarious that Jankowski’s replacement scored less than halfway through his first game back?

Freddy G put the Pens on top on a nice dish from Jason Zucker, who found him streaking to the front of the net.

Gaudreau has been crushing his role this season, but it’s really just the cherry on top to not having Jankowski sucking the life out of your offense.

The lead didn’t last long as Dmitry Orlov tied it on a goal that looked like something straight out of NHL 08.

(Remember when Eric Staal was stiil [lol] good? I thought he might be a decent option for the Penguins but apparently he’s sucked even harder in Montreal).

I’m pretty sure I destroyed an XBOX 360 controller over a goal exactly like this.

Not blaming Jarry. Moving on.

Another former Penguin (the Capitals have four of them), Daniel Sprong scored his fourth goal in three games to put the Caps back on top.

Not a whole lot the Pens did wrong here, this was just an awesome play by Sprong to fight off Dumoulin and get himself to the front of the net and in a position to deflect the puck.

This turnover turned into a goal pretty quickly for Zach Aston-Reese! pic.twitter.com/Y91yQCLDeh

It felt like we were due for a Zach Aston-Reese goal and his signature celly.

Sure enough, it came at the perfect time as the second period was winding down.

Colton Sceviour did an outstanding job of turning the puck over on the forecheck and immediately getting the puck to ZAR in a scoring position.

Sceviour is quietly producing at a pretty solid rate with fourth line minutes this season, a lot of which were spent with Jankowski. With a completely healthy squad, I’m not sure he stays in the lineup, but it’s just another testament to the sheer depth of this team.

his 10 5v5 points put him top 60 among RWs, tied with Laine, Reilly Smith, and Palmieri

Do with this as you please. Shoutout to CK for the insight.

What an absolute beast of a shot from Kasperi Kapanen. pic.twitter.com/yJigbIWJhz

I mentioned this on Twitter during the game, but Kapanen might be the most opportunistic player the Pens have had in a long time.

The Penguins don’t generate a ton of quality offense with Kapanen on the ice, but he almost always seems to convert on the chances he does get. The dude simply cannot stop scoring off the rush.

Mike Sullivan and co. have given him much more freedom than he probably ever had in Toronto and it’s paying dividends.

Incredible pass from McCann to spring him, and an even better shot by Kapanen who wired it to the roof of the net.

NOT SO FAST!!! Tie game 🔥 pic.twitter.com/90xKKWuDFO

Kuznetsov made a great play along the wall to fend off pressure before finding Wilson out front. He ripped it past Jarry and we’re headed to OT.

This is what a playoff-clinching goal looks like 😁 pic.twitter.com/auYFWAlDVS

Just over two minutes into overtime, Jake Guentzel beat Vanecek and ensured the Penguins would secure their 15th consecutive playoff berth. That is the longest active streak in pro sports.

This is the kind of goal that makes you jump off the couch and yell “let’s fu**ing go” at the top of your lungs.

McCann did a phenomenal job of hounding the puck and finding Marino in the slot. Marino received the pass and immediately threw the puck at Guentzel’s stick as he was standing at the goal mouth.

You know what happened from there.

BIG WIN AND A REASON TO CELEBRATE.

As it stands, the Penguins and Capitals are tied for first place in the East with 69 points, though Washington has a game in hand.

All situations, shot attempts were dead even at 61, but the Capitals had the advantage in scoring chances (28-20) and high-danger chances (13-6).

The Caps also had a slight expected goals advantage (2.54-2.38), per Evolving Hockey.