Your Afternoon Dump... Where the youngsters provide a refreshing boost 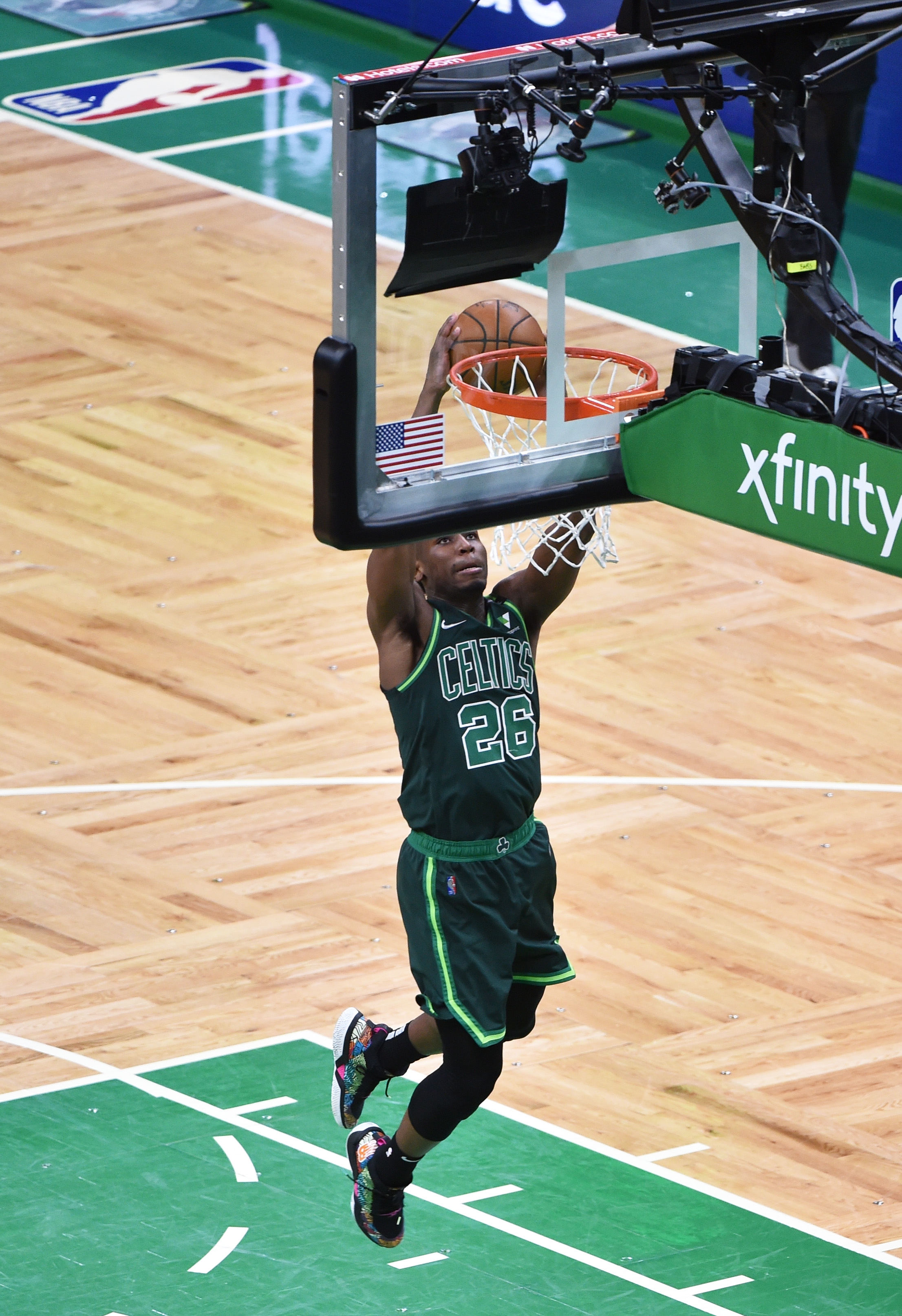 Your Afternoon Dump... Where the youngsters provide a refreshing boost

While Jaylen Brown (38 points) and Jayson Tatum (35 points) combined for 73 points and offered a strong response to Brown’s postgame assertions Tuesday that the Celtics lacked “urgency,” rookie Aaron Nesmith harnessed his frenetic style into his best game as a professional.

The Celtics need players who are going to play hard, get back on defense and not consume themselves with officiating. Nesmith is too young and inexperienced to concern himself with bad calls or non fouls. His 15 points, 9 rebounds, 3 blocked shots and 3 steals were essential to Boston’s victory.

This was definitely a feel-good win, especially without Smart or Walker. We can call it a “hope” game because the Celtics responded to two brutal losses with the hope that this team can play cohesively and the Jays can lead the group.

This was the leadership the Celtics needed from their best players, showing they can go all out to fix things when the team’s equilibrium is broken.

“The modeling has to come from Jayson and Jaylen. That’s part of the growth of great players and even beyond All-Stars, right?” coach Brad Stevens said. “Guys that can take that next step that impacts winning, that are great leaders, that are great players. In a lot of ways, that’s a burden that great players carry. So I thought that Jaylen was being probably overly critical of last night, but he came in and backed it up … He came in and he was ready. You could tell in the walkthrough he was ready. I’m appreciative of his efforts. I’m appreciative of Jayson’s efforts. Those two guys, they came in and made it hard for us to be beat tonight.”

Tatum’s success is now coming off the ability that he can pass the basketball. For someone with his talent, it is understandable to not want to give up the rock, but good things happen when the ball moves, and the 23-year-old is starting to see the benefit of that.

This season has been a rollercoaster. I think we have already said, “turning-point game” like four times. They have gone through blistering stretches and games where I have to turn it off before I break the TV. For every Celtics fans’ sanity, we need this type of consistent play going forward. We will see how I am in June.

On Page 2… The rookie’s coming out party

It was only a matter of time before we saw the reason why Nesmith was the Celtics’ first pick in last year’s draft. Some might call this a block party as well, as Nesmith led the team last night with three blocks and a plethora of other great defensive hustle plays.

The Celtics hope Nesmith is someone worth paying attention to down this home stretch. They have been desperate for more bench help, and a more confident Nesmith can be part of the boost they need.

“I think the biggest challenge for Aaron was the speed of the game when he first got here,” Brad Stevens said. “He’s played hard and he’s worked really hard at it. As he’s gotten more practice time and game minutes here, the difference between his play now and when we were putting him in in January and February is night and day. So it’s encouraging.”

Give Nesmith the chance to grow, Brad. He’s earned it. And who knows, he could be the Celtics’ player X in the playoffs this year if given the support; he certainly has the drive to do it.

Globe: After a humiliating loss, the Celtics posted a feel-good victory, and distanced themselves from the play-in tournament

NBCSN: Nesmith has best game of rookie season for C’s vs. Hornets