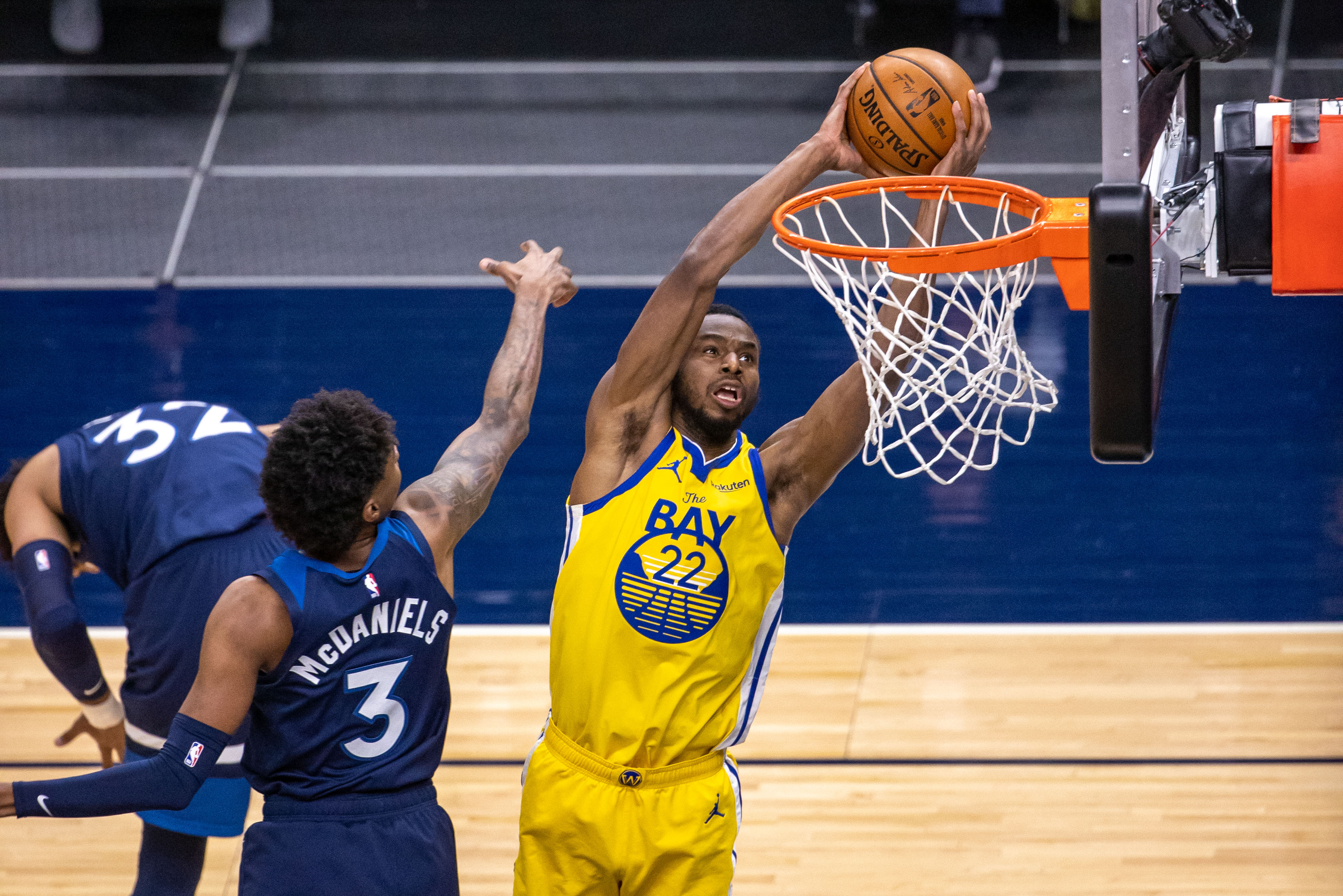 ESPN analyst Stephen A. Smith is still spewing hot takes, on a daily basis, but one of the NBA’s players he recently took aim at doesn’t seem to care.

Warriors forward Andrew Wiggins has been one of the most-criticized NBA’ers over the past decade, given that he was a former No. 1 overall pick, and if his career ends tomorrow, he’ll be labeled a major bust. And sure, maybe not to the label Greg Oden, Kwame Brown or others were — but he’s up there.

If anything, picking on Wiggins, at this point in his career, is too easy. He’s always been awful on the defensive end, and there were serious issues about his lack of passion for the game and work ethic in Minnesota. Those seem to have improved playing for the Warriors, but he just simply hasn’t panned out. He has the perfect body type and skill set for today’s NBA, but he just can’t put it all together on a routine basis, and continues to get worked on the defensive end.

And that’s why his future in Golden State is unclear. The trade rumors were swirling before the deadline, but the Warriors chose not to move him. Smith believes they should in the offseason, though, as he recently appeared on “SportsCenter” and stated he would trade Wiggins for “a box of cookies.”

Here’s what Wiggins had to say about it.

Andrew Wiggins on Stephen A Smith saying he would trade him for cookies: "There's always going to be people that are going to say negative things, constructive criticism or not. Some things are positive. Some things are negative. But I'm going to keep pushing either way."

There’s a lot of moving parts to consider here when unpacking this situation. Most importantly: What type of cookies are they? Are they store-brought, General Mills stuff? Or are they fresh-baked, local, with love. Because if it’s the latter, than no, because those cookies are valuable. Wiggins, however, at this stage of his career, is not, and Smith is right about that.