Ravens get a very practical haul from Round 1 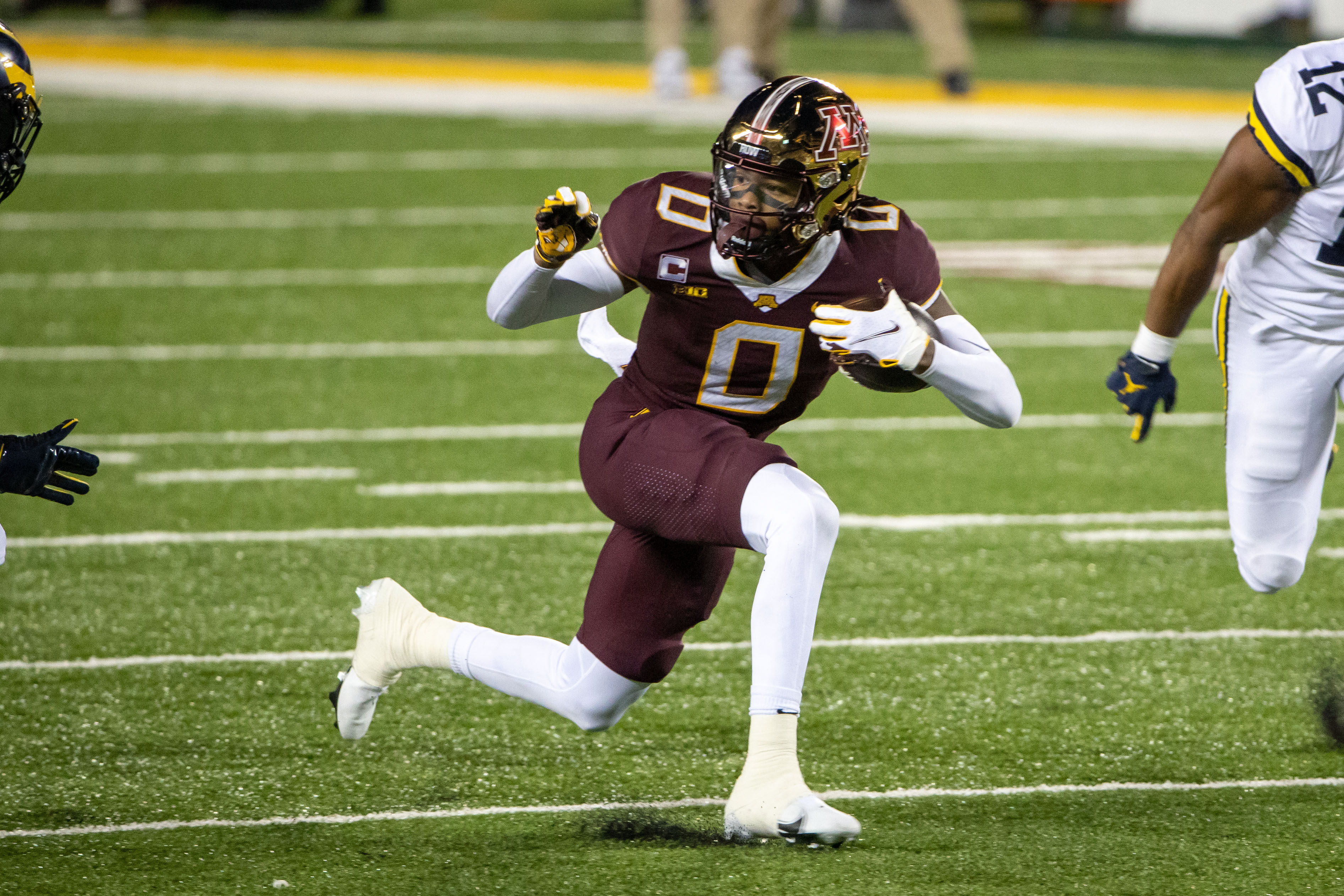 Ravens get a very practical haul from Round 1

Maybe not the biggest household names in sports, but the Ravens got a high value harvest from Round 1 of the 2021 NFL Draft.

The Ravens selected Minnesota’s playmaking wide receiver Rashod Bateman with the 27th pick in the 2021 draft, making the him the fifth wide receiver Baltimore has drafted over the past three years. Bateman joins other recently drafted wideouts including Marquise “Hollywood” Brown (first-round, 2018), Miles Boykin (third round, 2018), Devin Duvernay (third round, 2020) and James Proche II (sixth round, 2020).

Known for making tough catches in traffic, Bateman also has breakaway speed and is a threat to turn even short throws into long gains. Another weapon for quarterback Lamar Jackson is about to arrive.

Bateman impressed people by running a 4.39 in the 40-yard dash at his Pro Day, and his speed shows up on game days. NFL Network’s Bucky Brooks believes Bateman is first-round worthy and a solid fit for Baltimore.

How the pick went down: Bateman and Terrace Marshall Jr. of LSU were the two wide receivers most often linked to the Ravens in mock drafts. The most surprising pick among wide receivers may have been Kadarius Toney of Florida going No. 20 to the Giants. No other wide receivers went after Toney until the Ravens’ pick, and given the choice between Bateman and Marshall, they took Bateman.

Edge rusher Odafe Jayson Oweh was selected by the Ravens with the 31st pick in the 2021 draft.

His lack of sack production is puzzling to some, yet Oweh’s physical gifts give him the potential to develop into an elite NFL pass rusher. He put up numbers that had scouts riveted at his Pro Day – a 4.36 in the 40-yard dash, a 39.5 vertical leap and a 134-inch broad jump. NFL Network draft analyst Daniel Jeremiah said on “The Lounge” podcast that Oweh’s presence on defense is impossible to ignore.

“They’ve always been an organization that values production,” Jeremiah said. “When you look at Jayson Oweh, this flies in the face of that. He didn’t have a sack this year, as everybody knows. But to me, while the production might not be there, the disruption is, and he’s someone that just creates a lot of havoc.”

Oweh is not just a pass rusher but an excellent run defender. He often barged into the backfield at Penn State to make tackles behind the line of scrimmage. His potential, versatility and relentless motor sold the Ravens.