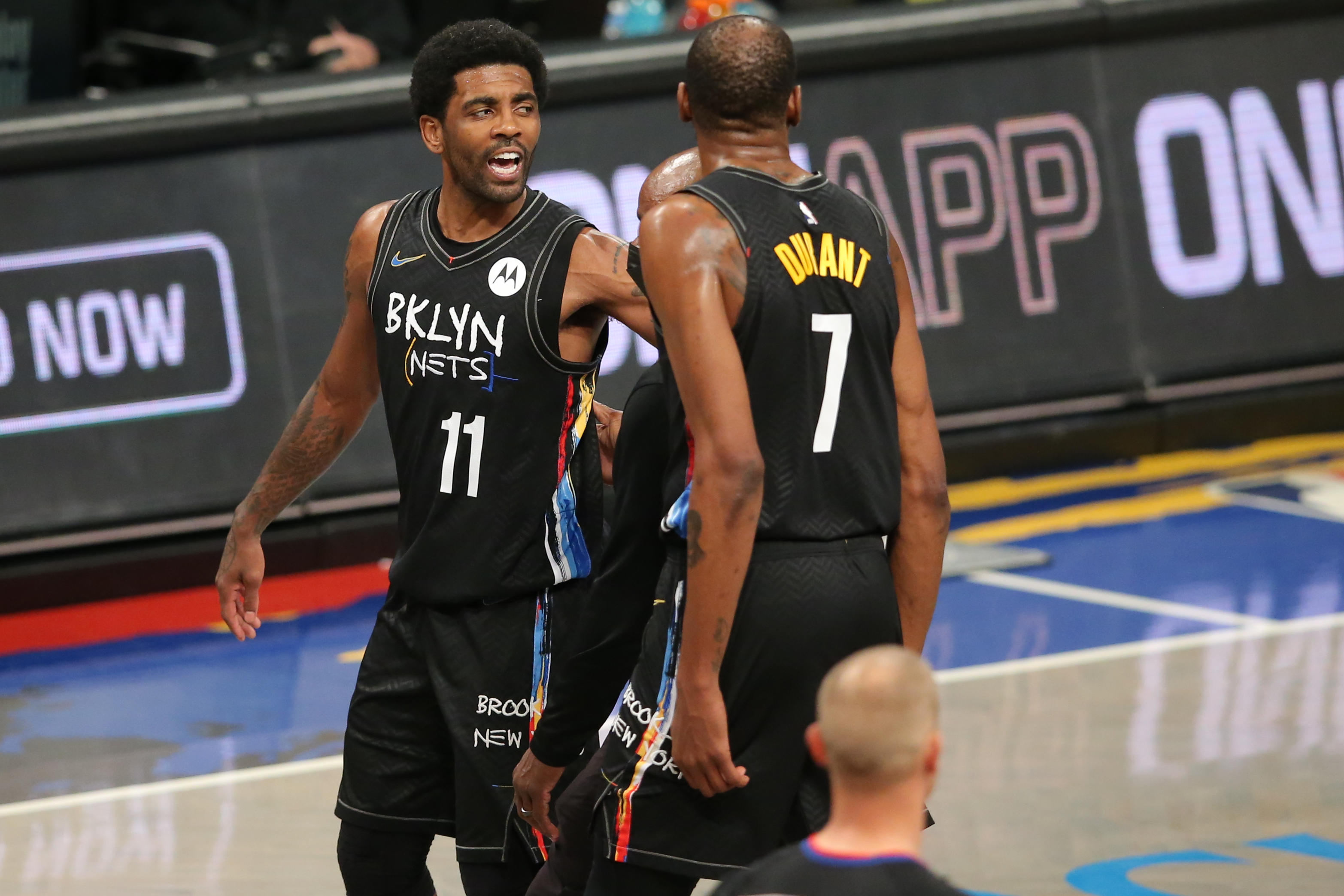 Sports fans love an underdog story. Seeing a team rise from the ashes to conquer bigger, better opponents provides interesting talking points and emotional moments which are only understood by those in love with the sport. This NBA season has been packed with various surprise packages, making for a thrilling spectacle to watch from home every week – as many have done throughout the past year or so.

Take the Phoenix Suns, for example. In the 2019-2020 campaign, the Suns finished 10th in the Western Conference with a negative record at 34-39. This time around, they’re second only to the Utah Jazz, boasting a majorly impressive win/loss ratio over the course of the year. One of the main reasons for their sudden winning form is the acquisition of point guard, Chris Paul. Signed to let Devin Booker flourish in an attacking sense, Paul has provided excellent cover in defense while also maintaining a huge impact creatively. With such an important position within the side as a leader, Paul has made himself a stalwart in Monty Williams’ team.

Williams has had an impact himself, which we shouldn’t forget. Before joining the Suns, they’d endured a difficult couple of years with a win rate in-and-around the 25% mark. Since taking the reins, the Phoenix Suns have been victors in over half of their outings. The statistics speak for themselves.

We also expect that most people left the Brooklyn Nets out of their NBA Picks as this season’s title contenders before the campaign got underway, albeit with good reason. That said, ensure that you’re always in the loop on all things NBA, be sure to visit The Game Day. Here, you’ll get in-depth, easily digestible coverage across every team.

Hornets still out to prove they’re no joke 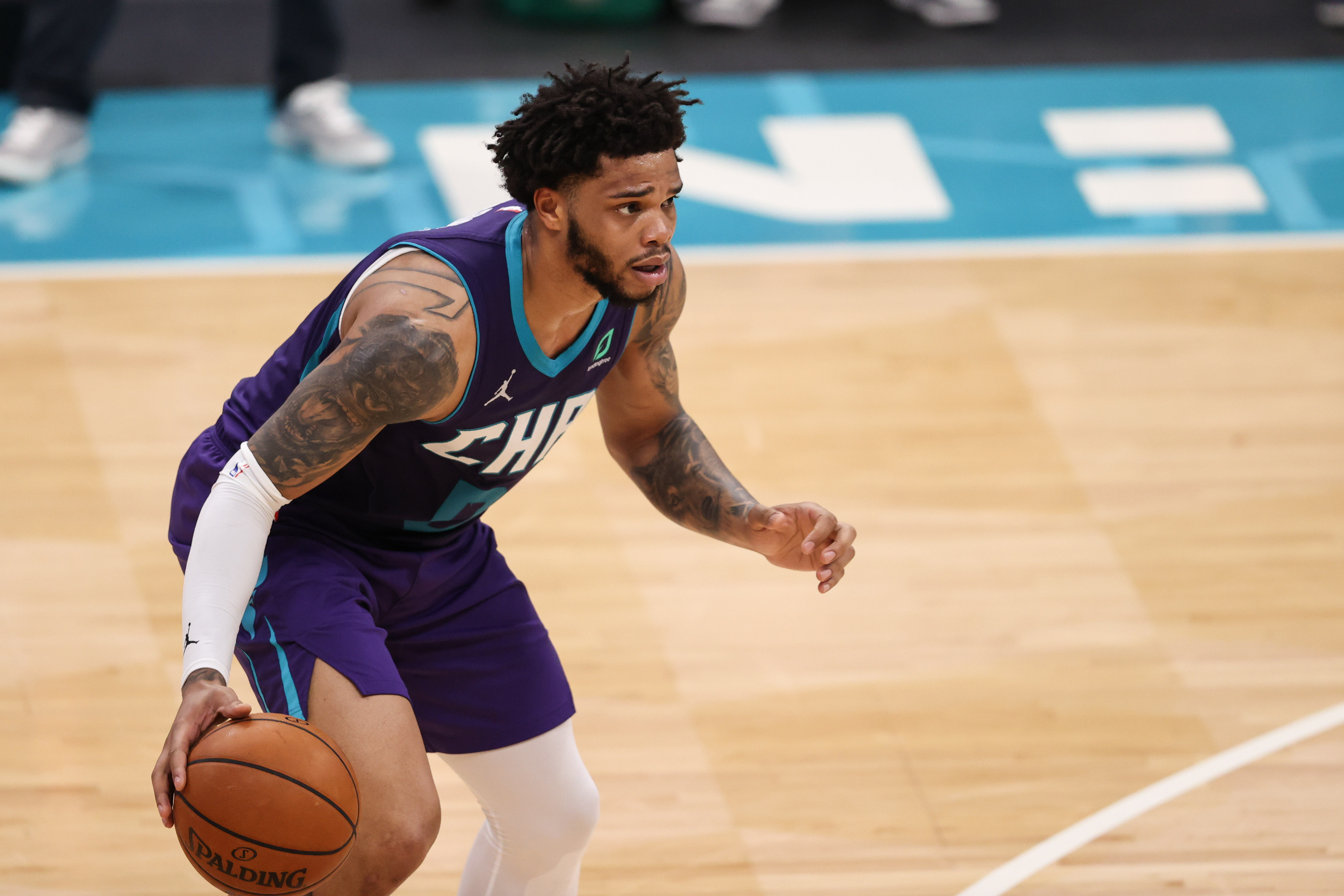 Despite initially being concerned that LaMelo Ball might have an attitude problem, Hornets coach James Borrego has found a gem in the 19-year-old. One of the favorites to win Rookie of the Year, Ball has not just added talent to the roster, but also entertainment. Fans of the franchise were understandably excited about their playoff prospects not too long ago, although disappointing results in recent weeks have damaged their hopes of finishing the season on a high.

At the end of March, Borrego’s team was ranked no.4 on the rankings having gone 23-22. Now, just one month on, the Hornets sit eighth – their record diminished to 31-32 with three wins in their last 10 games. Regarded as one of the surprises of the season earlier in the campaign, the Charlotte Hornets will now be seeking out some sort of form in an attempt to get back on track before it’s too late. To recapture their performances from earlier in the season, they’ll need the likes of Malik Monk, Terry Rozier, and P.J. Washington to find their feet in the offense once more.

With confidence at a low right now, the immediate future is looking bleak for the Hornets. We could see a fightback, but it’ll need to arrive sooner rather than later if they’re to have a chance of beating their all-time-high of the second round in the NBA playoffs.

Could the Knicks shock the world? 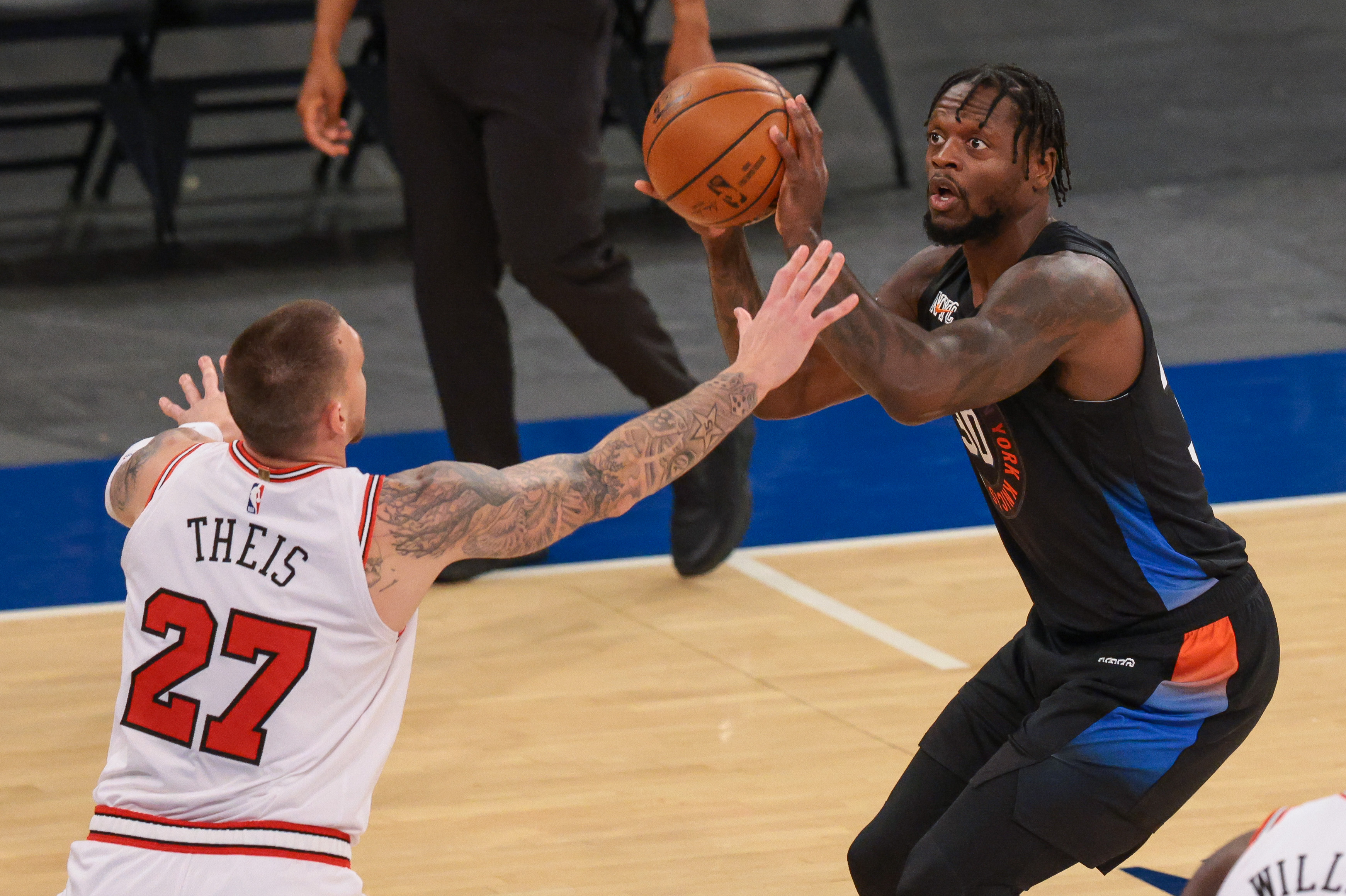 If you follow the NBA in any capacity, you’ll know all about the New York Knicks infamy as a laughing stock. Without a championship in almost 50 years, the Knicks came 12th in the Eastern Conference standings at the end of the 2020 season. We’re looking at a revamped, rejuvenated Knicks this time around, with fourth spot locked down for the time being.

Losing 45 games in an NBA calendar is usually a sign that the franchise needs a rebuild to try and push further up the standings next season. That’s exactly where the Knicks found themselves before Tom Thibodeau took over as head coach from David Fizdale. Thibodeau showed what Derrick Rose was capable of during his time at the Chicago Bulls, making him the youngest MVP in history. With hopes pinned on names such as Julius Randle – who earned a spot in the All-Star game this season -, Thibodeau and the Knicks hold the weight of New York on their shoulders as the playoffs approach.

Brooklyn Nets – better than the rest 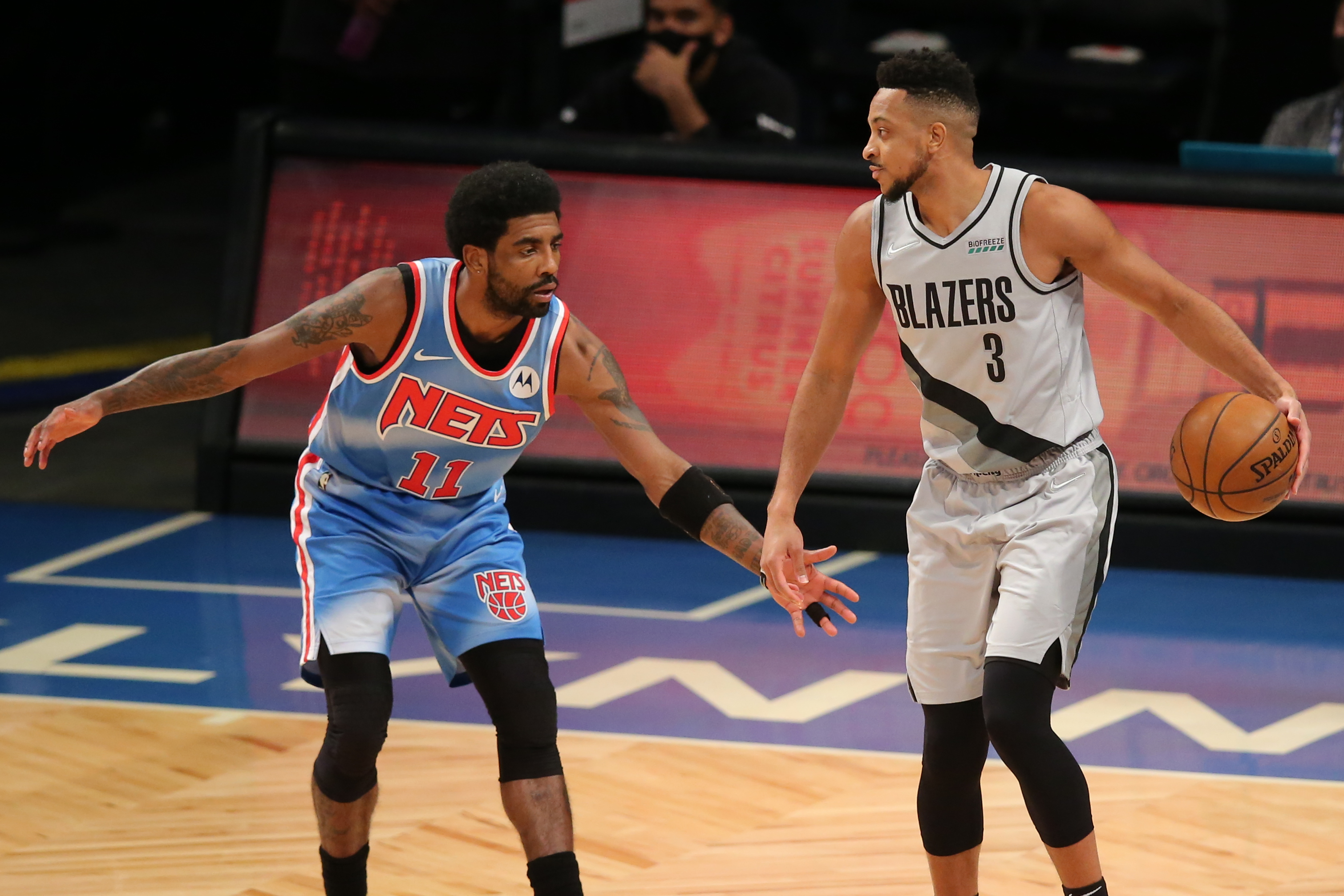 The Nets were seventh in the Eastern Conference having gone 35-37 from 2019 through 2020, with a team consisting of top talent and inexperience. Getting the signatures of superstars Kyrie Irving and Kevin Durant caused shockwaves throughout the sport, but there was a caveat; they were both plagued by injuries. Essentially, the Nets were a side with two phenoms on the sidelines and kids on the court, which is rarely a recipe for success. We saw some inspired displays from Caris LeVert, Spencer Dinwiddie, and Jarrett Allen, but it was obvious they were missing something special.

Fast forward to January and the Brooklyn Nets completed a sensational trade deal involving the Houston Rockets and James Harden. Now a free-flowing attacking team bolstered by their new trio making up the offense, the Nets have torpedoed up the standings to sit atop the pile. Analysts suggest that they can’t maintain such a high win rate due to their reliance on forward-thinking players, putting pressure on the defense to show up when called on.

They’re an All-Star team now, though. Currently, the Nets have six All-Star individuals on the roster, with a whopping forty-one appearances in All-Star games between them. As long as injuries don’t wreck their attacking flair, a bet on the Nets for the title wouldn’t necessarily be a bad idea.

Utah Jazz have propelled themselves into the limelight 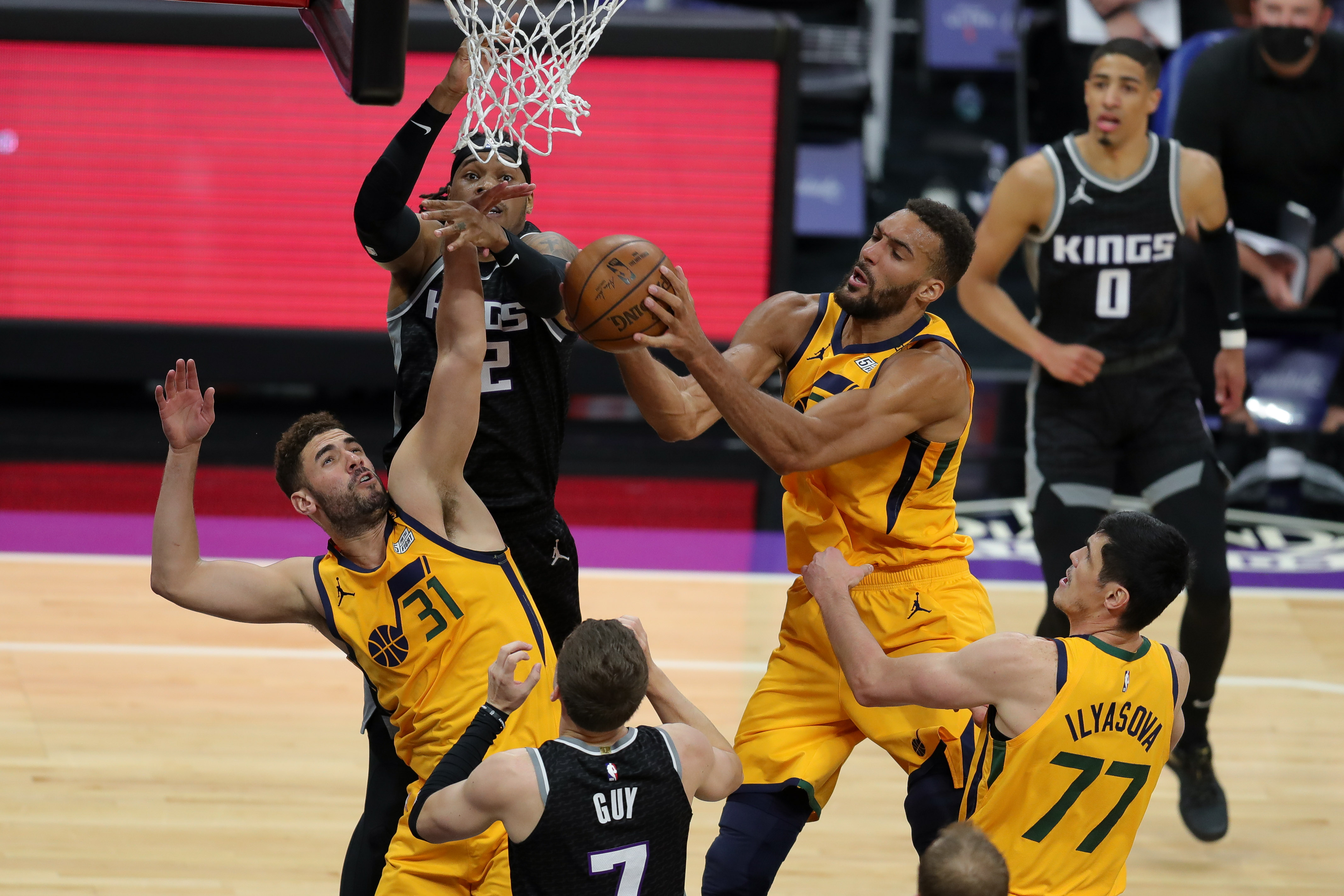 Who would’ve seen this coming from the Utah Jazz at the end of the 2020 season? After coming 6th in the Western Conference, the Jazz have developed into one of the most formidable sides in the division this year. Likely buoyed by their embarrassing stumble versus the Denver Nuggets in the playoffs last season, they’ve shown real mettle ever since. We’ve seen grit and determination, along with a virtually unparalleled preparedness to win against all odds from the Jazz, particularly from Donovan Mitchell. Their movement and attacking maneuvers have left opposition teams without a viable response (except the Minnesota Timberwolves!), leaving them with fantastic prospects of going deep in the playoffs.

Dynamism in defense has been key to Utah Jazz’s success in 2021, and supporters have been treated to wonderful performances from Royce O’Neale and Rudy Gobert. The latter of which is expected to pick up the Defensive Player of the Year award. If we’re to continue seeing them play at the very highest level during the playoffs, they’ll require important players, like Gobert, to avoid making costly errors. Against the Timberwolves – who’ve beaten the Jazz three times this season – Gobert claimed responsibility for the most recent loss, admitting that he was left feeling “dumb” after the encounter.