Tired Oilers Run Out Of Gas Again Against Flames 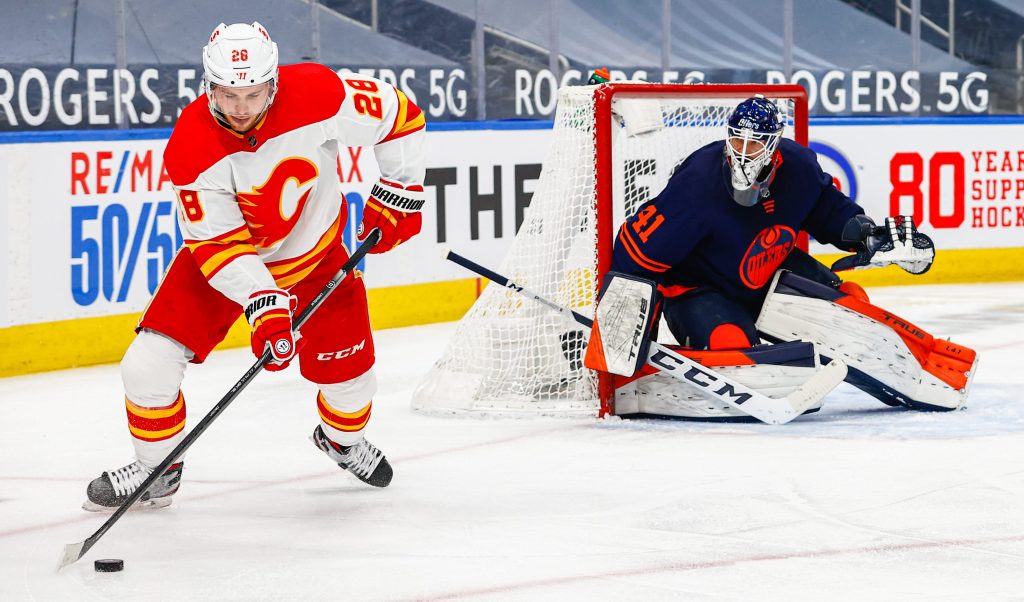 Tired Oilers Run Out Of Gas Again Against Flames

For the second straight meeting, the Edmonton Oilers took on the Calgary Flames in their third game in four nights. This time, the Oilers were playing the second half of a back-to-back against their rested rivals. The result was the same as it was on April 10th, with the Flames controlling the tilt and taking home a regulation victory.

Calgary’s 3-1 win keeps them alive in playoff race, while the Oilers will need to wait until Monday to clinch a playoff spot.

“They’re a desperate team over there and we played a game yesterday with travel,” Ethan Bear offered up after the loss at Rogers Place. “You could tell they had a little bit more jump than us.”

The Oilers were coming off of two key victories in Winnipeg, beating the Jets on both Monday and Wednesday night. That’s what made last night’s game difficult on the club, a ‘schedule loss’ if you will. Still, Edmonton was clearly the second-best team on the ice last night, and it’s the second time in a row that has happened against the Flames.

Give Calgary credit, because the rest factor wasn’t the only thing at play Thursday night. Calgary was the more aggressive team, played Edmonton physically, and was able to slow down the team’s big stars. Both Connor McDavid and Leon Draisaitl, who torched the Jets, were non-factors on this night.

To be fair, there wasn’t a single Oiler who had a strong game. It was a sloppy, mistake filled performance by Edmonton.

“We were sloppy with the puck, turned a lot of pucks over,” Head Coach Dave Tippett said after the game. “Smith was really good in goal, gave us a chance. We had some chances and didn’t bury anything.”

Calgary’s win moves them four points back of the Montreal Canadiens for the fourth and final playoff spot in the Scotia North Division. The race is far from over, as the Canadiens take on a Winnipeg Jets team tonight that has had success against them.

If Edmonton wasn’t prepared for a desperate Flames team on Thursday, they should be on Saturday. Calgary will still be in the thick of the playoff race, and they’ll be feeling good. The Flames have outscored the Oilers 8-1 in the last two meetings, and were never threatened by their rivals.

The Oilers will need to be much better, and more crisp, on Saturday night if they want to inch closer to a playoff spot and home-ice advantage in the first round.