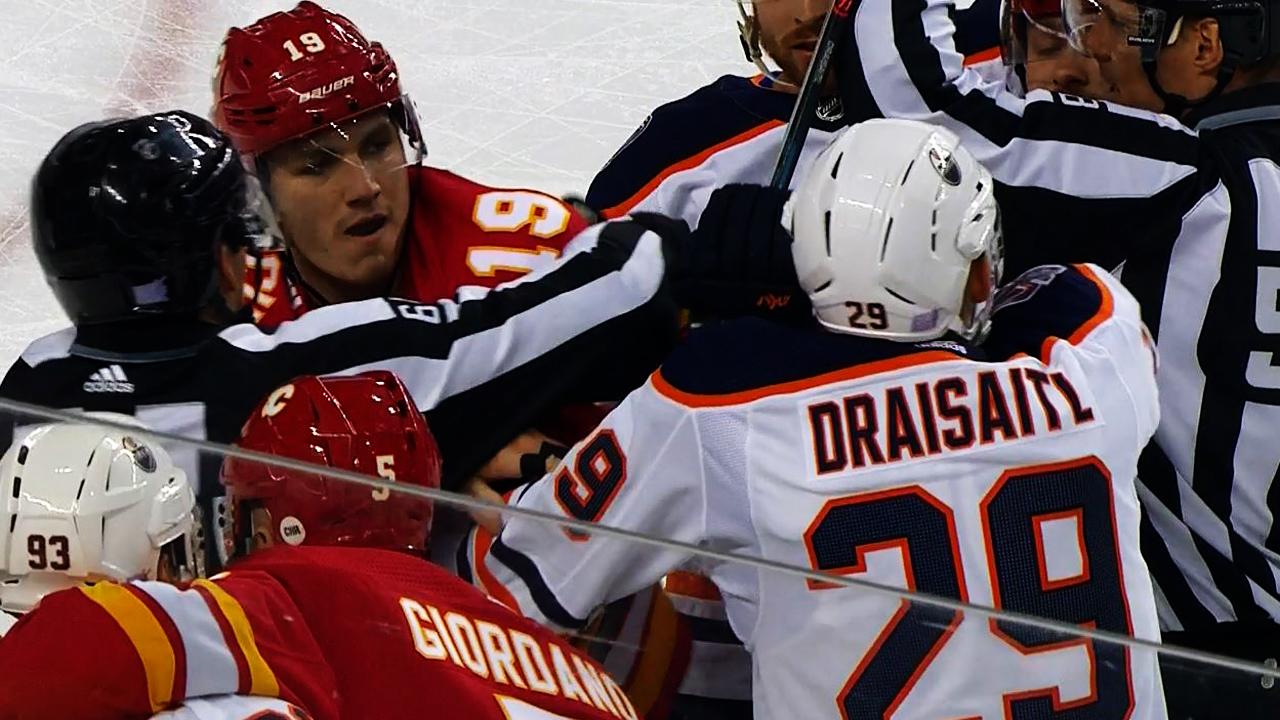 The Edmonton Oilers delivered their second consecutive lackluster effort against the Calgary Flames on Thursday night, suffering a 3-1 defeat to snap a two-game winning streak. It was the first time this season that the Flames found victory in Northern Alberta, and the second game in a row they dominated the affair.

Tonight, the Oilers play host to the Flames for the tenth and final edition of the ‘Battle of Alberta’ for the 2020-21 season. An Oilers victory puts them one step closer to clinching a playoff spot and home-ice in the first round, while a Flames victory keeps their flickering playoff hopes alive. The Oilers have lost two straight games at home after winning eight in a row.

Jacob Markstrom gets the go for the Flames, while Mike Smith starts for the Oilers.

Edmonton: Set the tone. The Oilers have allowed the Flames to dictate the pace and dictate the style in each of the last two games. It’s no surprise that Edmonton has managed just a single goal in those two affairs. The Oilers need to use their superior talent to set the tone tonight and dictate the play. They are the better team, and if they do that they should be in business.

Calgary: Keep playing hard and setting the tone. The Oilers have had a very difficult time setting up against the Flames in each of the last two meetings. Calgary has done a very good job of clogging the neutral zone and forcing Edmonton to play a slower game. If the Flames can slow the game down yet again, they’ll collect a massive sweep over the Oilers.

Edmonton: Connor McDavid has 15 points (7 g, 8 a) in nine prior games against the Flames, but has zero points in the last two meetings between the teams. Tonight, he and Leon Draisaitl will be reunited, and all signs point towards a big night for the captain. Can McDavid close the gap on 100 points and help his team get back in the win column?

Kris Russell drew in for Caleb Jones on Thursday night, but suffered a lower body injury and will not be available tonight. As a result, Jones will draw back in, while Kyle Turris, Patrick Russell, William Lagesson and Alex Stalock are healthy scratches.

Zack Kassian (lower body) is on LTIR with no timetable to return, while Joakim Nygard (hand) is day-to-day.

The Flames will be without two regulars, as defenseman Noah Hanifin (shoulder) is out for the season, while forward Josh Leivo is on the COVID-19 Protocol List.

“The other night wasn’t our game and wasn’t the way we wanted to play,” Leon Draisaitl told reporters on Saturday morning. “These games are always exciting against Calgary. They’re always tight games and fun to be part of. We’re obviously looking to keep them below us and keep them down.”

While the records overall aren’t close, the ‘Battle of Alberta’ has been a tightly contested series through nine games. Edmonton holds a 5-4-0 record in the series, with all nine games ending in regulation. The Oilers also hold a slight advantage in goals, outscoring the Flames 30-27 in the series.