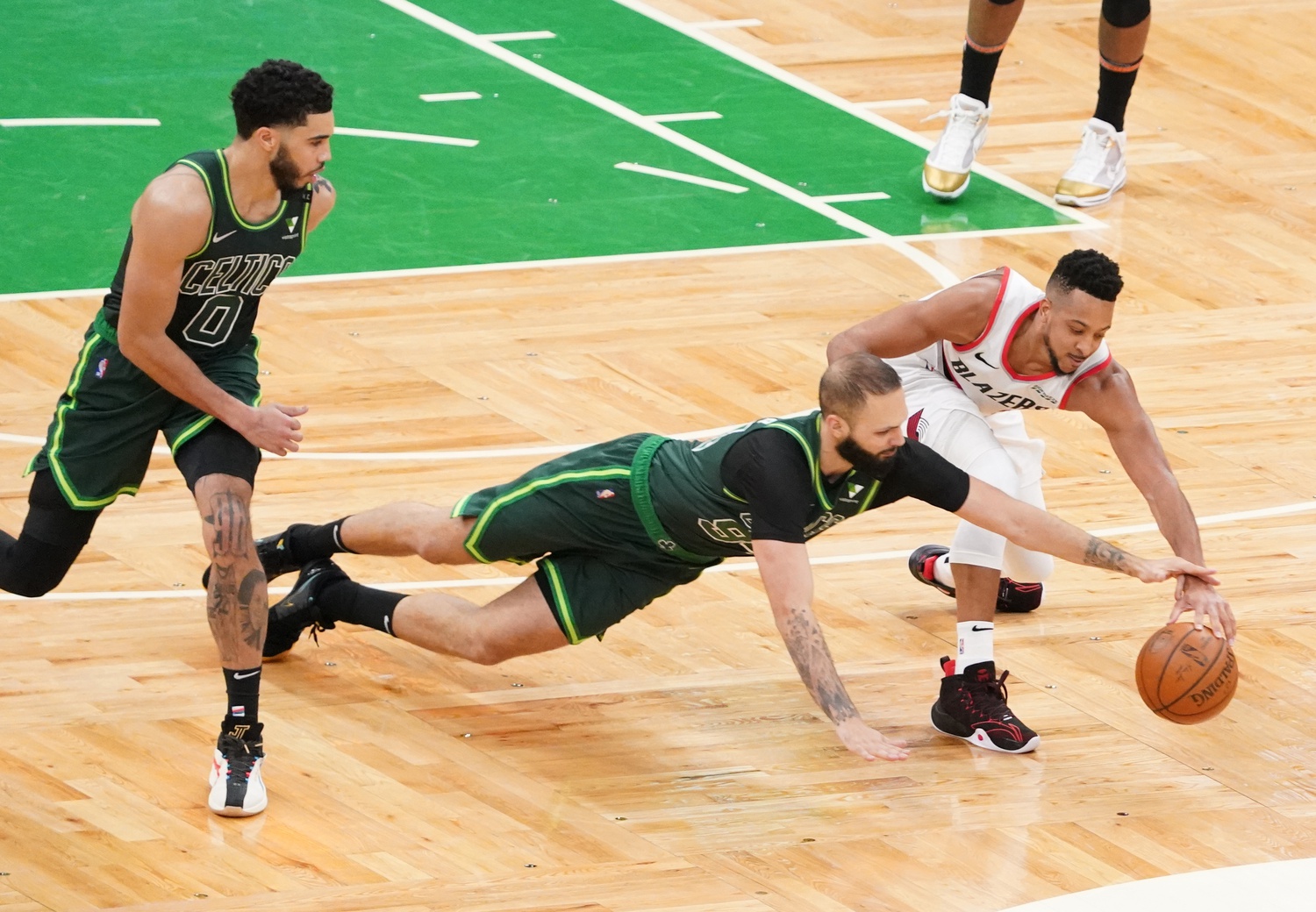 Not even gonna pretend that these thoughts on last night’s Celtics game are rational. This is pure fan energy. Let’s go:

1. The part where we hate the refs

I truly do not know what to make of this bulls**t:

This immediately followed another Celtics drive that had been called as a goaltend. That first one was at least debatable as I recall it. The one on Thompson is completely f***ing absurd. But it got worse.

We all saw how fast Stevens signaled for his challenge. It wouldn’t have beaten Barry Allen in a footrace, but he made his intentions clear according to the rules. The officiating crew, led by Sean Wright, simply didn’t feel like reviewing it. I’m of the opinion the refs don’t want the challenge to exist and are resisting it where they can. (This isn’t the first time we’ve heard of similar complications with an attempted challenge.)

The smug look of the refs to not even attempt to review that…the look that they couldn’t possibly be wrong. Despicable

The officials were categorically bad (seriously Marcus Smart gets fouled and HE’S ejected??). But this call changed the entire game. Instead of the Celtics taking the lead (and pulling away, IMO), the Blazers went back up 4. Just awful. https://t.co/q8HbcXlHop

They made it even worse with the stuff over Smart: Not long after Norm Powell leveled him (the exact type of hit that Boban Marjanovic was ejected for earlier in the week) and only got a common foul, Jusuf Nurkic hit him with a moving screen, and Smart ended up ejected. It’s fair to say Smart’s attempt to draw contact was discipline-worthy, but the inexplicably drawn-out review and arbitrary invocation (or ignorance) of rules based on officials’ capriciousness is maddening.

Not gonna post the refs’ pool report because it was parodically oblique BS. Their justifications are too weak to be called paper-thin. They reflect the insularity of the ref culture, inculcated over decades, embodied first by Dick Bavetta and Joey Crawford and now by guys like Foster and Brothers. When applied by the many younger officials staffing these late-season games due to senior refs’ illnesses, you add incompetence to belligerence and have awful results like this.

(Side note: I highly recommend the Whistleblower podcast, which starts as an investigation of the 2007 betting scandal and becomes an exploration of NBA officiating on a grand scale.)

2. Where we impugn the Celtics for their actual mistakes

Once again, way too many turnovers: 18 for the game, double what Portland had. And while I wrote in the recap that PDX’s wins often result from how their guns-blazing style baits teams into trying to match it, which inherently weakens opposing defenses by wearing players out, it doesn’t fully explain why the Cs’ wheels came loose at various points in the second half, after they’d shot over 60% in the first. Not as if Portland started playing sterling defense (they’re one of the league’s absolute worst defensive teams).

Boston’s defense, meanwhile, was never in gear for any extended period barring some stretches in Q1 and Q4 and scattered highlights (a killer block by Tatum in Q1, another equally emphatic one by TT later on). As Karalis noted above, it’s possible the Cs would’ve lost no matter what. We just never got the chance to find out on a fair playing field…because said playing field was not f***ing fair.

You could fairly say this was Evan Fournier’s best game as a Celtic thus far. Not by points, because he had 23 against Houston in April. But when you consider all-around impact (5 boards, 3 dimes and 2 steals alongside the 21 points, one of which was a fantastic hustle play) and the more formidable opponent, this easily takes the cake. He played with aggression and confidence.

Unfortunately, on a night like tonight, it’s hard not to note the distressing comments he had postgame about his own health:

Fournier said he's been feeling "really weird" since returning from COVID-19. Said it feels like he has a concussion. The bright lights were bothering his eyes and his vision was blurry. Everything going too fast for him. A bit better now but in some ways, "it's still the case."

Evan Fournier: "Timing is just unfortunate. People don't really know my game here. For the first time in my career, I have a chance to make a really deep run in the playoffs. Finally with a great team. That I got COVID and I'm feeling like this, it's heartbreaking to be honest."

Coupled with how the aftermath of the disease impacted Tatum and early research into post-COVID “brain fog,” it makes me even more frustrated with the NBA for not pushing the start of the season back further. Instead, we’ve had this hellish year full of back-to-backs, injuries, outbreaks and frustration.

4. Unclear how bad the Brown/Tatum injuries are

I try to avoid injury videos when I write up games where injuries occur, and I’m gonna follow the same rule here. Jaylen Brown was attempting to steal an inbounds pass, Tatum was to his right fairly close by, and Brown’s misstep ended up in a crash in which he fell on Tatum’s leg.

Tatum said he’s not concerned for himself. Fournier noted in his media session that Tatum had said as much to him. Whatever you want to say about the young man’s tendency to be taciturn, I see no reason why he’d bother BSing about this or why Fournier would help him BS it.

There’s less clarity about Jaylen. His ankle had already been bothering him, but shootaround went well enough that he got cleared before game time. Said ankle was his point of impact against Tatum’s leg. Brown had to be helped off the court, whereas Tatum was limping but self-ambulatory.

Mercy. Can we end this cursed season, already?? pic.twitter.com/DmsaTVDYWr

There are seven regular-season games left, plus at least one playoff game (I see no way they skid badly enough to miss the play-in). I’m pretty ready to chalk this campaign off as a loss and get ready for the next one.

5. Where we end on the positive stuff

Let’s remember that Jayson Tatum is on this squad for at least four more years, and give thanks:

Jayson Tatum is the 1st Celtics player with 4 consecutive 20-pt halves over the last 20 seasons. He had 24 tonight in the 1st half vs Portland.

The only player to do that this season before tonight was Steph Curry (from April 15-19, streak of 5 straight halves) h/t @EliasSports pic.twitter.com/hWkSVe6xPo

Tatum fought through COVID in February but besides that one month he has performed at the absolute highest level you could ask of your franchise player.