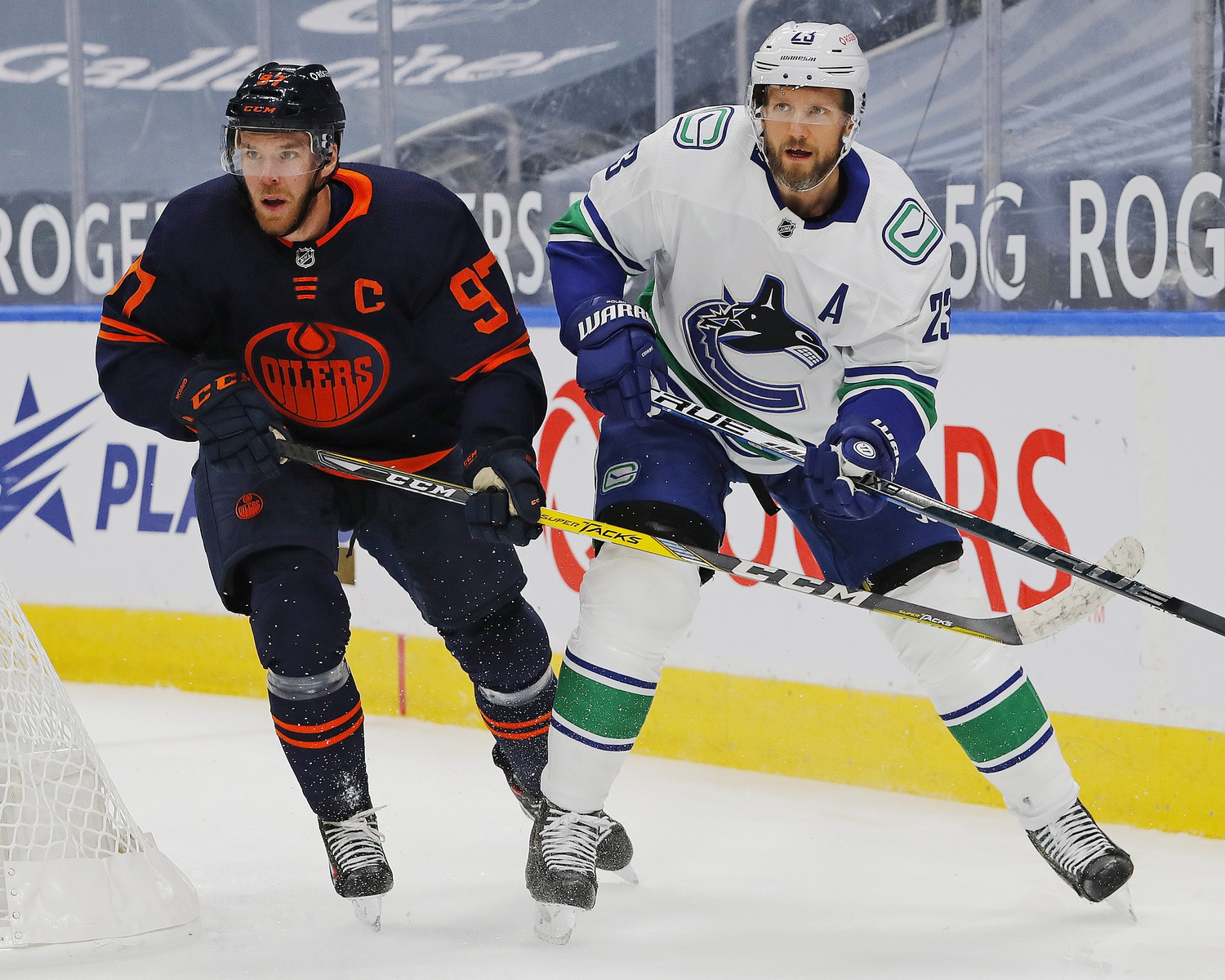 The Edmonton Oilers were a virtual lock to make the 2020 Stanley Cup Playoffs before the COVID-19 pandemic reached North America and brought life as we knew it to a screeching halt. With the NHL season postponed, the Edmonton Oilers never got the chance to clinch their playoff berth. Tonight, the Oilers can clinch their first official berth since 2017 and second since 2006.

The Oilers are in Vancouver to kick off a four-game series with the Canucks. The sides will meet tonight and tomorrow night in BC, then again on Thursday and Saturday in Edmonton. In all, the teams will meet five times in the final seven games of Edmonton’s season. This is the sixth of ten meetings on the campaign.

Braden Holtby gets the go for the Canucks, while Mikko Koskinen gets the start for the Oilers.

Edmonton: An early jump will greatly help the Oilers tonight. Edmonton was ready to roll on Saturday night, and quickly scored two goals to set the tone in their win against the Calgary Flames. The Canucks are reeling right now, and playing an almost unfair schedule after their battle with COVID-19. If Edmonton can start things off quickly, they should be able to control this affair.

Vancouver: Keep it simple. The Canucks are a tired team struggling to get much of anything going right now. They do have talent, though, and do have two goaltenders playing good hockey, For the Canucks, the key in this game is to keep it simple, play a physical style and keep shifts short. Nothing fancy is needed in this one. Make the simple plays and let your goalie do his job.

Edmonton: Jujhar Khaira is back in the lineup tonight after missing each of the last five games. Khaira was stung when Alexander Romanov of the Montreal Canadiens stood him up on April 19th, and he hasn’t play since. Khaira is a strong penalty killer who has chipped in enough secondary scoring this season and led an outscoring line in the bottom-six. After being placed on waivers to start the season, Khaira is finally finding his groove. Getting him back into the swing of things ahead of the playoffs will be key.

Vancouver: Quinn Hughes has been strong offensively for the Canucks again this season. Hughes is second on the team in scoring with 35 points (3 g, 32 a) on the season. He’s also had some success against the Oilers, scoring three points (0 g, 3 a) in five prior meetings. That’s good for second (tied) in the series for Vancouver. He’s a dynamic talent that controls the transition game, and will likely be a factor tonight.

Kris Russell (lower body) remains day-to-day and will miss his second straight game. Both Gaetan Haas and Devin Shore are battling minor injuries and will get a night off as a result. Tyler Ennis has been recalled on an emergency basis and will rejoin the lineup tonight along with Khaira.

The Canucks enter tonight’s game quite banged up. Star forward Elias Pettersson (upper body) is on IR and will not be available to the Canucks. Also on IR are forwards Jay Beagle (undisclosed) and Justin Bailey (upper body). Jake Virtanen (personal reasons) is not available, while Antoine Roussel is day-to-day with a lower body issue.

“This was our first goal coming into the year: getting into playoffs,” Jujhar Khaira told reporters on Monday morning ahead of his return. “Solidifying a spot here tonight would be huge for the group. It’s definitely a confidence-builder. It shows the hard work we put in this year has paid off.”

A bonus key for the Canucks tonight? Stay out of the penalty box. The Oilers are second in the entire NHL with a powerplay percentage of 26.6% on the season. On the road? They are even better. Edmonton converts on 27.9% of its road powerplays, which is the best mark in the NHL. 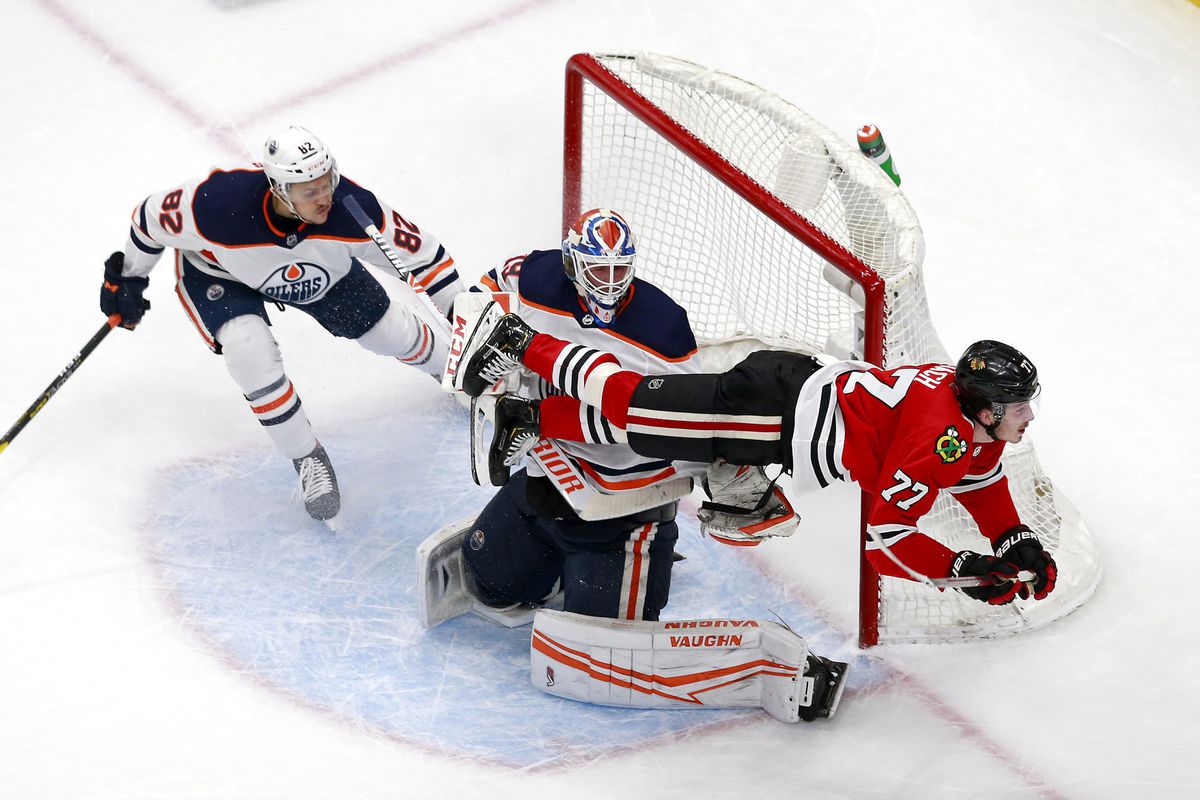