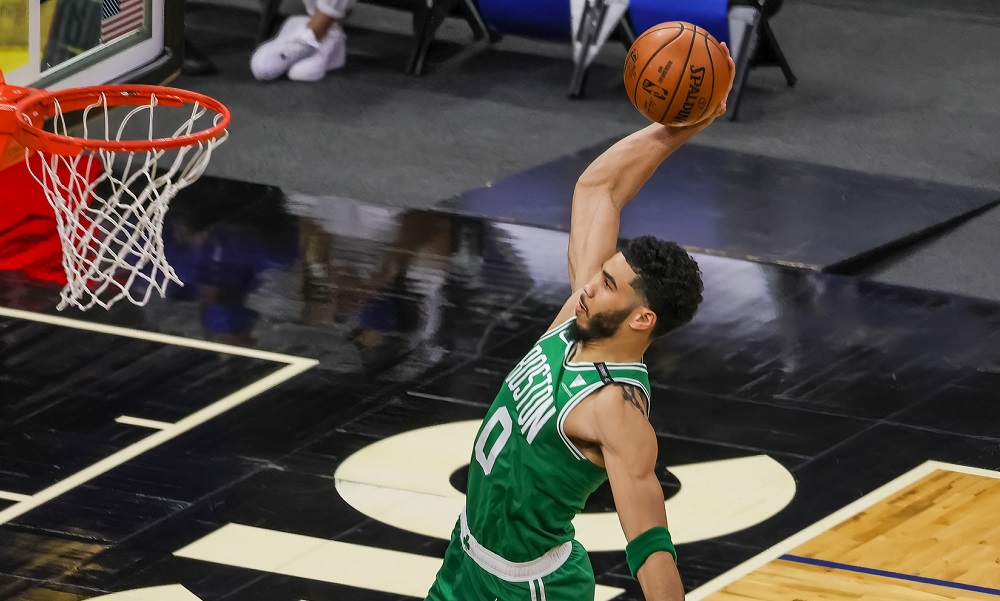 Except for a hiccup in the second quarter, the Celtics had no problem dispatching the Magic last night, 132-96.

The Magic have been eliminated from the playoffs. They shipped out their three best players at the trade deadline, effectively giving up on their season. Also, their injury list is even longer than Boston’s, they’ve lost 7 of their last 10, and their record has dropped to 21-45. Beating them should’ve been no problem.

Well, the Cs did blow them out, as expected, but let’s not take it for granted. This up-and-down season has seen the Celtics lose a bunch of times to lottery-bound teams, including twice each to New Orleans, Detroit and Sacramento. And the Magic players – only nine were available – are not tanking.

The Magic play really hard. They aren't good, but they play hard. And as Steve Clifford said pregame, these guys are trying to prove they belong in the league. They're trying to put good stuff on tape.

Therefore, the Celtics couldn’t afford to let up, and they didn’t. In the first quarter, they made 5 steals and scored 14 points off 8 Magic turnovers. The Cs shot 16 of 28 overall and 7 of 13 on threes, building their lead as high as 17. In the second quarter, poor shooting by Boston’s bench allowed Orlando to creep back to within 46-41, but Jayson Tatum led a 17-4 response for a 63-45 advantage at halftime. The game was effectively over.

Between resting his knee and other ailments, Kemba Walker has played in just 40 of Boston’s 66 games. He returned last night from a strained oblique and immediately shot the lights out. Kemba made 5 of 7 overall and 2 of 3 from the arc in the first quarter. He went on to a game-high 32 points on 11 of 18, with 6 threes.

Marcus Smart started next to Kemba in the backcourt and deferred to Kemba’s shooting all night. Smart attempted just 6 shots but handed out 9 assists. That’s the ratio we need.

Celtics are 10-1 this season when Marcus Smart has as many or more assists than field goal attempts pic.twitter.com/c35Zwexsfg

If Kemba and Smart keep shooting and dishing like this in the final six games and playoffs, that would literally be a game-changer for the Celtics.

In an encouraging sign, Evan Fournier followed up his 21 points against Portland by scoring 18 last night. He was 16 of 24 from the floor and 7 of 12 from downtown in the two games combined. That’s the production Fournier was expected to provide before he went out with Covid-19. It’s cause for optimism as he continues his recovery.

Because last night was his first time back in Orlando since the trade, the Magic gave him a tribute video.

This is about to go live at @AmwayCenter.

Mo Bamba blocked a dunk attempt by Tatum and got hit with a technical for enjoying it too much.

Now I gotta agree with the kid?

When you block a dunk, you should be allowed one "gimme that shit" .. you earned it https://t.co/ANAuszAYA0

And Mo (or is it Moe?) Wagner, who came to Boston in the Theis trade and left two weeks later in the Fournier trade, started for Orlando and scored 20 points. He got 11 of those in the first quarter – matching his total output in the 61 minutes he played for the Celtics. In his case, however, no one will be asking, “Why can’t we get players like that?”