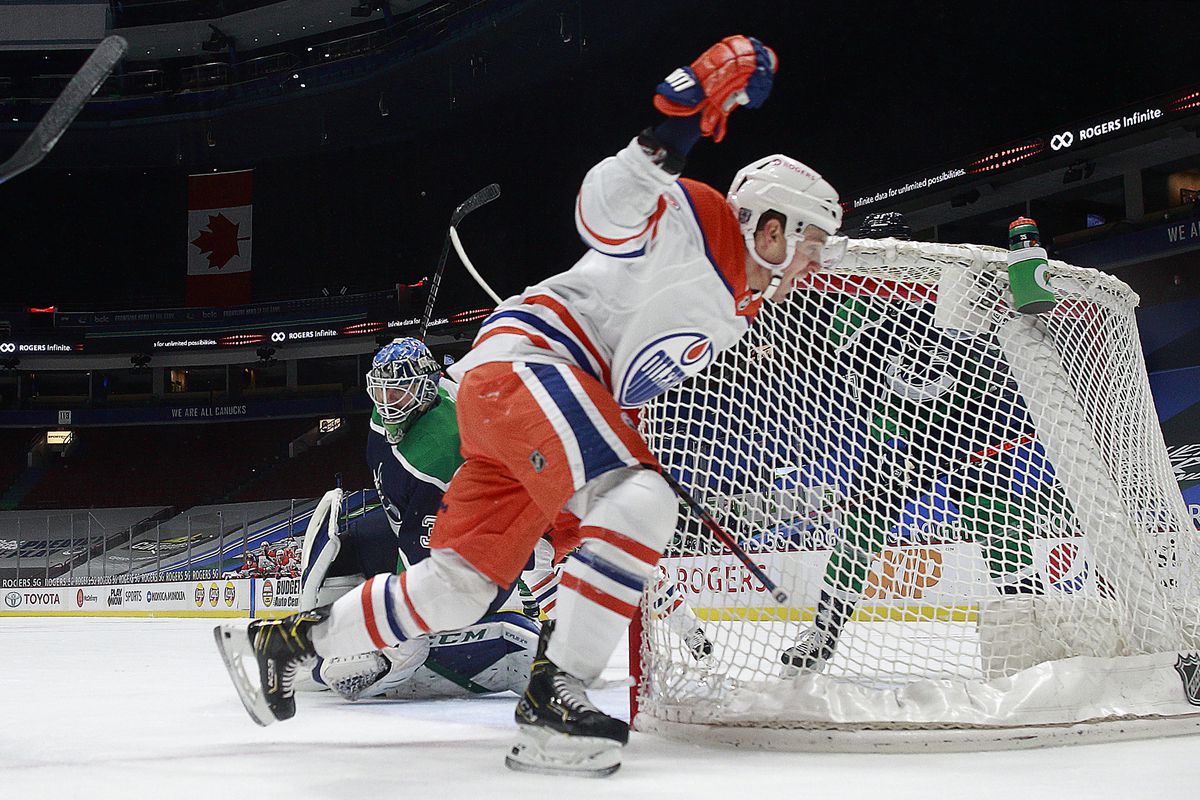 The Edmonton Oilers started the season 3-6-0, quickly putting themselves in a hole that some didn’t believe they could dig out of. The Oilers have already clinched a berth in the 2021 Stanley Cup Playoffs, and tonight can solidify home-ice advantage in the first round with a point of any kind.

The Oilers return to Rogers Place to play host to the Vancouver Canucks in the eighth of ten meetings between the teams this season. It’s the first of a two-game homestand that concludes Saturday night, and is the third in a four-game miniseries between the teams. Edmonton is 5-2-0 against the Canucks this season, and swept a two-game set in Vancouver earlier this week.

Edmonton: Just bring the effort. At the end of the day, the Oilers are a much more talented, skilled team. If the Oilers bring the effort needed tonight, they’ll outlast this Canucks team. It’s a boring key and honestly pretty cliché, but it really does apply here. If Edmonton comes to the rink with the right mentality and executes the way they have, they’ll take home the victory.

Vancouver: Play a harder game in the neutral zone. The Oilers have completely controlled the first two games in this miniseries, and have entered the zone with relative ease. The Canucks must do a better job of limiting Edmonton’s transition game up the ice. Make the Oilers dump the puck in and chase it. Make life more difficult on Edmonton’s star players. It’s been too easy for them this week.

Edmonton: Patrick Russell returns to the lineup tonight as Head Coach Dave Tippett continues to rotate in taxi squad players for some action prior to the playoffs. Russell is a strong defensive forward, but is still looking for his first NHL goal. Is tonight the night he finally finds the back of the net? He’s actually be solid when in the lineup this season.

Vancouver: Brock Boeser has stepped up in the absense of Elias Pettersson. Boeser scored in both of the games against Edmonton earlier this week, and is tied for the team lead in scoring in the series with four goals. Boeser has enjoyed a nice rebound season, leading the Canucks in goals with 19 and points with 39.

Russell will draw back in up front in place of Kyle Turris, who played his first game in a while on Tuesday. Turris, Tyler Ennis, Evan Bouchard, William Lagesson and Alex Stalock will be the healthy scratches for Edmonton tonight.

Joakim Nygard (hand) remains day-to-day, while Zack Kassian (lower body) and Slater Koekkoek (upper body) remain on LTIR. Kassian is back skating but unlikely to play again during the regular season, while Koekkoek will be evaluated again in 7-10 days.

“We talk about getting our team game in order, he’s the leader in that,” Tippett said of Connor McDavid’s chase for 100 points earlier on Thursday. “He knows his responsibility to our team. He just wants to keep playing and if 100 points happen, it happens. His teammates in there would love to see him get 100 points. That’s just being a good teammate. They’d love to get that. Our main focus, and I know Connor’s main focus, is making sure our team is playing well going into playoffs.”

The Canucks have simply had no answer for the duo of Connor McDavid and Leon Draisaitl this season. In seven prior meetings this season, both McDavid and Draisaitl are averaging two points per game against the Canucks, each scoring 14. McDavid has scored seven goals and seven assists, while Draisaitl has three goals and eleven helpers.

The Canucks could be done when it comes to the playoff race by the end of the night. If the Montreal Canadiens win and Vancouver loses in any fashion, it’s over. If the Canucks lose in regulation tonight and the Canadiens get a point, it’s also over. Expect the Canucks to push hard knowing the playoff dream could be dead by bedtime.