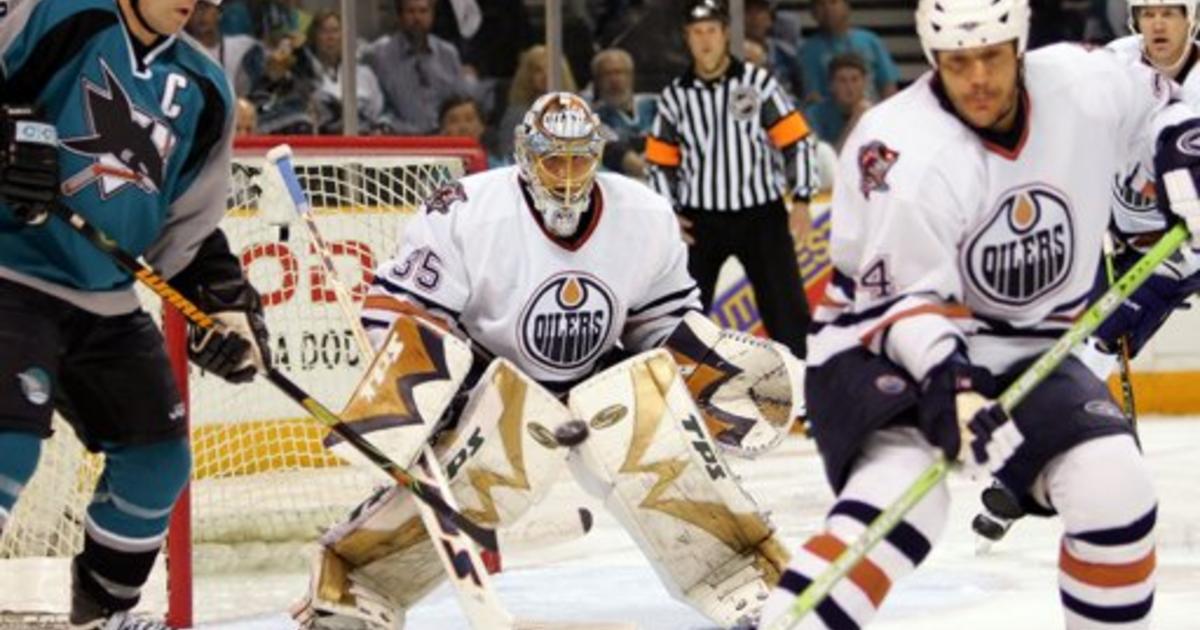 The Edmonton Oilers won their first playoff series in eight years on May 1st, 2006. Six days later, the Oilers were in Northern California to meet the fifth-seeded San Jose Sharks in a Western Conference Semifinal series.

San Jose started the season slow, but acquired Art Ross Trophy winner Joe Thornton in November to pair with Patrick Marleau. Jonathan Cheechoo would win the ‘Rocket’ Richard Trophy, while Milan Michalek, Christian Ehrhoff and Josh Gorges all took steps forward. The Sharks were looking to advance to the Western Conference Final for the second season in a row.

Standing in their way? An Oilers team that just pulled off one of the biggest upsets in NHL history, stunning the President’s Trophy winning Detroit Red Wings in six games.

The Oilers were no strangers to upsets. Nine years earlier, they upset the Dallas Stars in the first round of the playoffs. The following year? They repeated the trick against the Colorado Avalanche. In both seasons, however, the Oilers failed to keep their running going in the second round.

Would this series with the Sharks be any different? It didn’t look so after the start of the series.

The Oilers did strike first in this game, just 2:33 in. Ales Hemsky collected a loose puck along the near wall and quickly fired it across for Jaroslav Spacek, who blasted home his 3rd of the playoffs to break the ice on the powerplay.

That was all for Edmonton’s offense on this night, however.

The Sharks quickly responded, as Marleau fired a one-timer of his own past Dwayne Roloson at 7:42 of the opening frame. Steve Bernier set up Marleau, while Michalek picked up the secondary helper.

San Jose scored the winner early in the second period. Marleau collected a rebound off of a Michalek shot and fed Ehrhoff at the point. The big German defenseman blasted his first of the playoffs home at 3:14 to give the Sharks a lead they would not lose.

Edmonton couldn’t muster much in the final period, and for the second series in a row the Oilers found themselves down 1-0. Luckily for Edmonton, they wouldn’t have to wait long for revenge, as Game 2 was set for the very next night.