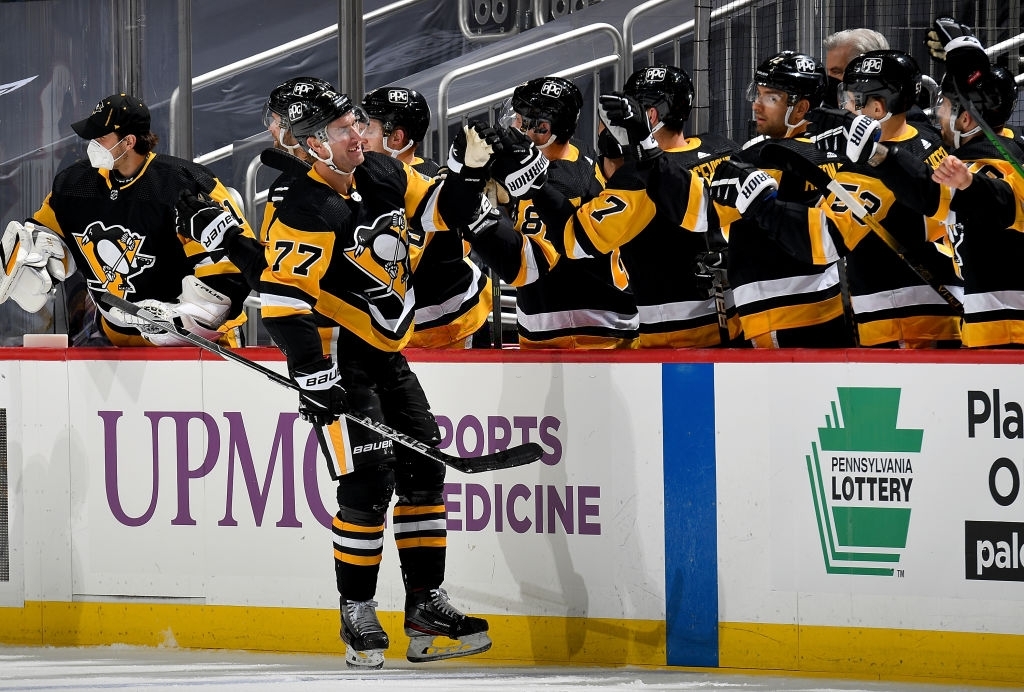 PITTSBURGH, PA – MAY 06: Jeff Carter #77 of the Pittsburgh Penguins celebrates his hat trick goal in the second period against the Buffalo Sabres at PPG PAINTS Arena on May 6, 2021 in Pittsburgh, Pennsylvania. (Photo by Joe Sargent/NHLI via Getty Images)

Remember when that know-it-all Pensblog writer thought Jeff Carter was a meager acquisition for the Penguins?

So Boston went out and got the best player on the market as well as a solid d-man while the Pens traded for a 36-year old with another year left on his deal?

Yeah I’m going back to bed.

The Penguins are down to their final two games of the season, both against Buffalo.

If they have any hope of avoiding Boston in the first round of the playoffs, they need to win both games and pray to the hockey gods for Washington to lose one of their final three.

What a snipe from Drake Caggiula 🤩#LetsGoBuffalo pic.twitter.com/G6UokX29LD

Mark Friedman’s hands couldn’t catch up to his feet as he turned the puck over to Drake Caggiula, who flew down the left wing and ripped a short-side shot past Tristan Jarry.

Jarry was pretty obviously expecting a far-side shot and Caggiula caught him cheating.

We knew it was in the whole time 💯👏 pic.twitter.com/EwKY8oGdTl

Halfway through the period, that meager deadline acquisition picked up another goal in black and gold to tie the game.

Coming down the right wing on a 2-on-1, Jared McCann fed a pass to Jeff Carter who one-timed the puck on goal.

The puck snuck behind Buffalo’s netminder, but Rasmus Ristolainen appeared to clear the puck off the goal line and play continued.

Not much later, the horn sounded and it was announced that the puck crossed the goal line.

Not even two minutes later, Carter notched his second of the night on the power-play.

Carter’s shot was ridiculous, managing to find its way to the far side, but Kasperi Kapanen was a huge component of this goal as well.

As he walked down the right wing with the puck, he looked to the point as if he were to pass up high, but then quickly dished to Jason Zucker on the goal line, who immediately fed Carter in the slot for the finish.

If he hadn’t looked-off his actual target, the lane may have never opened up for the play.

Back to my mentions as Rez is letting me have it:

tough scene for our in-house process based analyst

Things didn’t get any better during intermission:

So Boston went out and got the best player on the market as well as a solid d-man while the Pens traded for a 36-year old with another year left on his deal?

Yeah I’m going back to bed.

I follow quite a few Sabres fans and the consensus on this dude is that he’s a massive disappointment. Yet he seems to score against the Penguins every time he plays them.

He snuck in behind Brian Dumoulin and buried a cross-ice pass from Casey Mittelstadt to tie it.

A minute after Thompson’s goal, Carter made the hats fly as my mentions went into shambles.

Freddy Gaudreau (who has established himself as legit force in the bottom-six) walked to center from the right wing and drew attention as he fed Marcus Pettersson, who put a shot off the pad of Houser.

Carter was right there to clean it up for the hat trick. 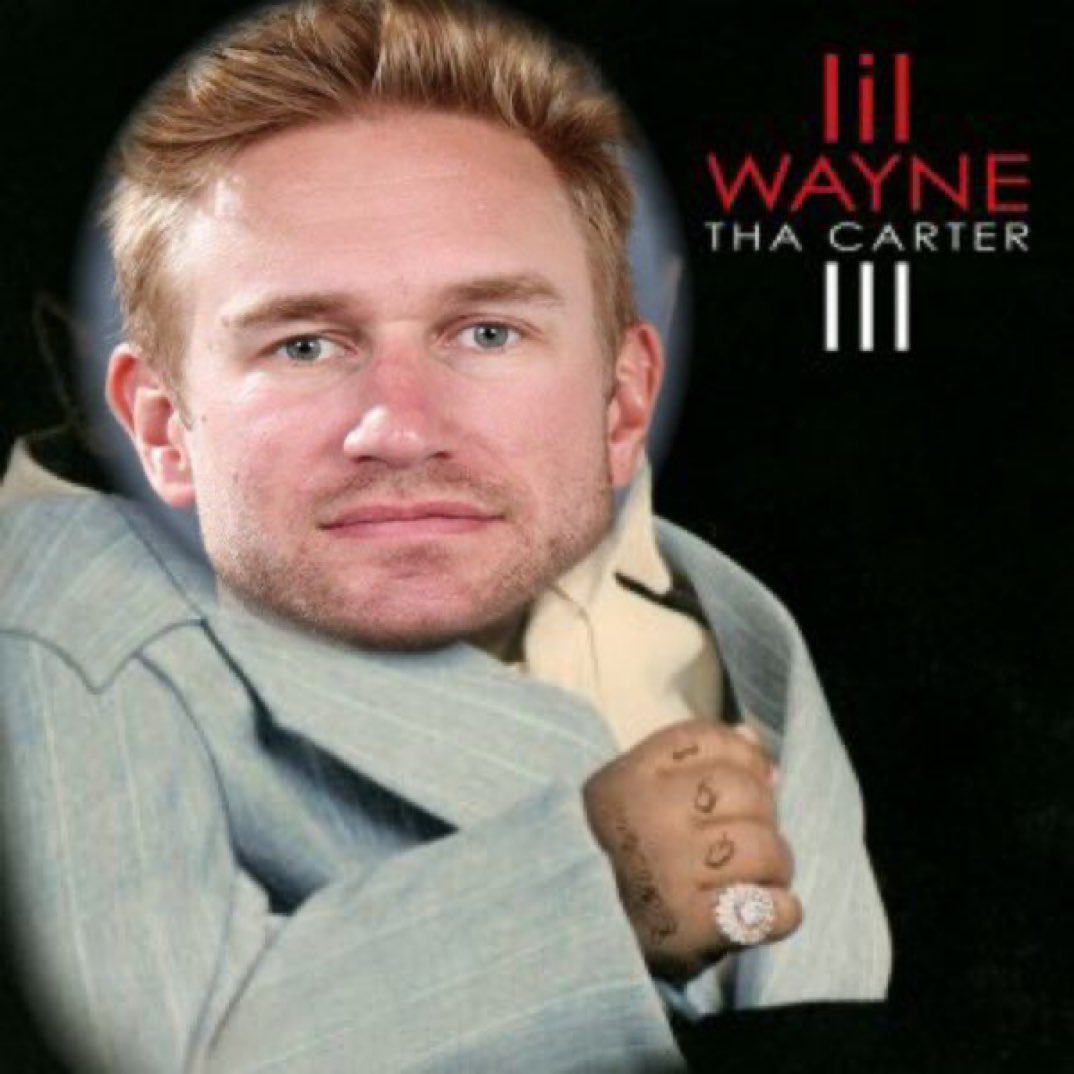 Shoutout to @Fido1084 for the photoshop and Mike Defabo for the glorious idea.

Meanwhile, the locals were making sure I don’t forget about my abhorrent trade take any time soon:

Caggiula tied the game on a bit of a broken play shortly after Carter’s goal.

Malkin got back to tie him up initially, but Jarry was out of position and the puck was still in position for Caggiula to shoot, and he wasn’t gonna miss.

That’s six goals less than halfway through the game.

Just another minute later, the Penguins took the lead back when Dumoulin tallied his 4th of the season on a set faceoff play.

Kris Letang and Dumoulin lined up for the faceoff on their weak sides to set up for a potential one-timer.

Crosby won the draw back to Letang and they executed it perfectly.

The third line of McCann-Carter-Gaudreau has now combined for four goals and four assists tonight. pic.twitter.com/coUJGX1UgS

The Penguins added to their lead 59 seconds later off a beautiful shot from McCann.

Let’s show some love for Gaudreau! That’s three assists on the night.

Not only did he deflect Buffalo’s exit pass, he immediately jumped on the puck and made a sick behind the back pass to send McCann toward the goal.

I cannot say enough good things about him, or anyone on his line for that matter.

Pens up by two but we aren’t even halfway through this one.

That’s eight goals for those keeping track at home.

For the first time since @JeffCarter_77 entered the league in 2005, he has four goals in one game 👍 pic.twitter.com/ZE8ZbjQvmG

Are you kidding me Jeff Carter?!

Three minutes into the third, he flung a nasty backhander over Houser for his FOURTH goal of the game.

Some people would get defensive and uptight about their brutal takes.

I decided I would rather join in on the fun with my amateur photoshop skills: 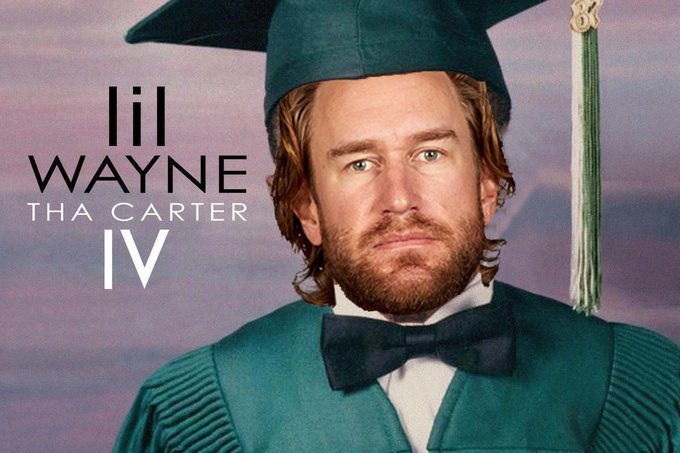 As you could imagine, this opened the floodgates to my mentions:

What a night to be @shireyirving

Good evening @shireyirving how are you

Interestingly, the one who started the smear campaign against me was the one showing me mercy:

Sidney Crosby piled it on as he outmuscled Colin Miller to get to the front of the net and deflect a point shot from Kris Letang.

This is really brilliant stuff that he makes look so easy.

Pens up by four.

Jeff with the PPG 👍#LetsGoBuffalo pic.twitter.com/eFO7GbvKp3

Jeff Skinner picked up a power-play tally to cut the lead to three as he was left all alone on the door step.

Kasperi Kapanen with an absolute laser of a shot for the Penguins' 8th goal of the game.

This team is deep,,, folks. pic.twitter.com/TW47Ti4WGG

Kapanen added insult to injury and replenished the four goal lead with a roaring, in your face wrister that blew by Houser.

Slick pass from Malkin, who has 4 points in 3 games in his return from injury.

Evolving Hockey gives them the expected goals advantage as well (2.95-2.15).