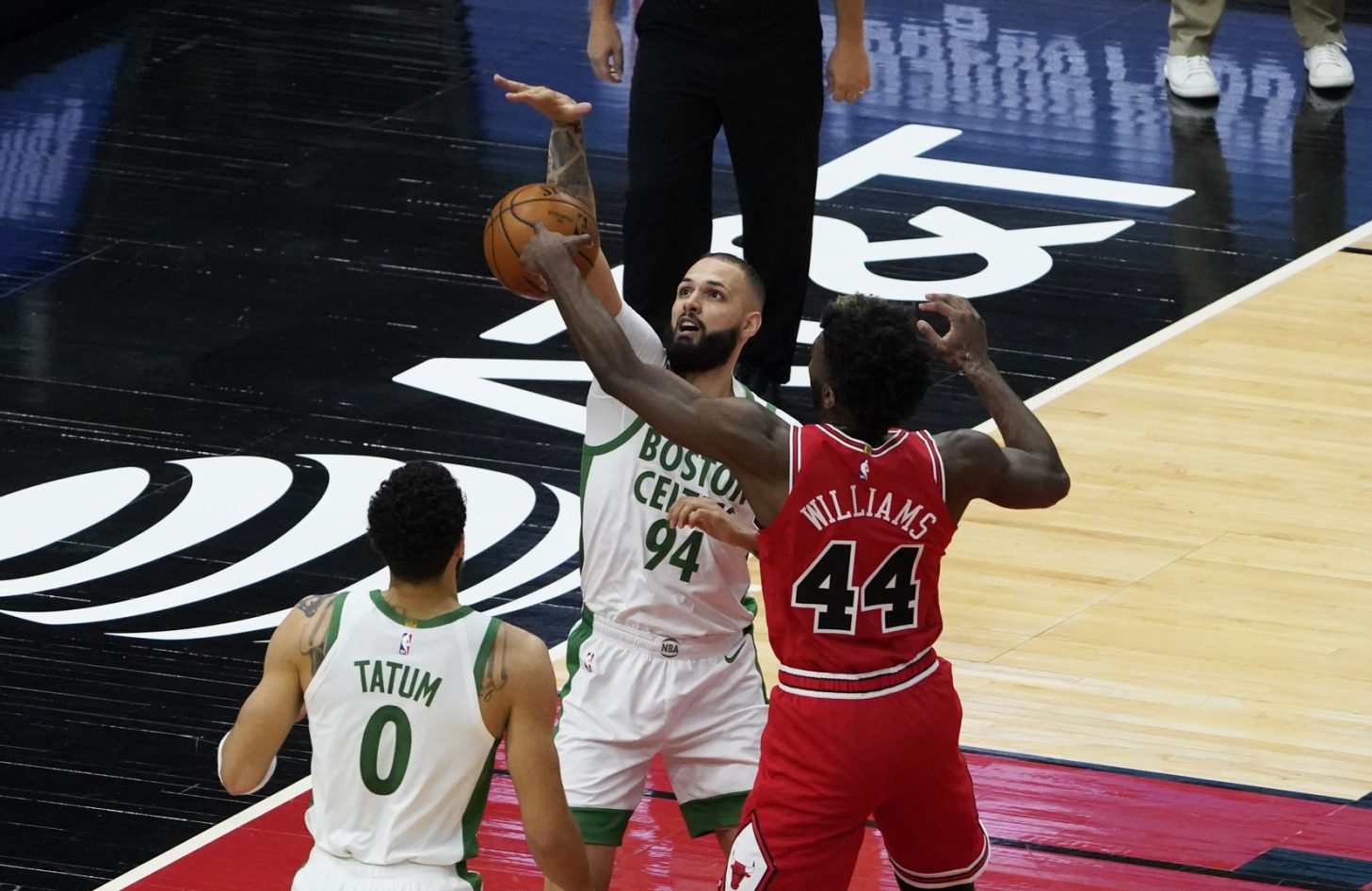 The Celtics really could’ve avoided last night’s loss. Saying should’ve avoided almost seems silly this close to the end of the season, but you know they could’ve beaten this Bulls team. Even without Jaylen Brown and Rob Williams in the starting lineup.

1. Frustrating lack of effort and course-correction

Jayson Tatum seems like an obvious choice here, and he definitely had a bad night. The difference with him was he appeared, more often than not, to be trying—it just wasn’t working. (In the 4th, after the Cs tried to make a run and the Bulls streamrolled them, he definitely took his foot off the gas.) The most obvious criticism you could levy against him was taking a whole bunch of threes against a team that, for all their other issues, defends the perimeter quite well.

For me, the effort issues of Marcus Smart were more glaring, and apparently I wasn’t alone in this thought:

When Brown sits out he hasn’t stepped up lately. Too many no shows for him

He didn’t shoot much, and mostly missed, only earning 4 points on a pair of field goals (out of 7 attempts). Just seemed listless most of the game.

On the other end of the spectrum you have dudes who were trying and failing but not attempting to change what they were doing wrong, like Tristan Thompson. He kept trying to force shots that were unnecessarily difficult, and most of them didn’t go in. On the other side of things, he put up little resistance against the Vucevic-Theis frontcourt.

As for the reserves, minus a notable exception we’ll mention later…yikes.

The Bulls are below average in three-pointers made and attempted, and exactly at the middle in percentage. Boston, however, has been awful at defending the arc—21st in the league this season.

Chicago has only made 4 more field goals than Boston, but they leady by 20 because they're outscoring the Celtics by 21 from the 3 point line

So while it’s somewhat surprising that Coby White lit them up for 7 triples on 12 attempts, they should’ve anticipated that Chi-city would be gunning and worked harder to make that difficult.

3. The Bulls are a hell-world version of the Celtics…which is why it’s infuriating when the latter can’t beat the former

Pardon the profanity of our man Lucky, because he has an extremely good point:

they’ve done everything you want a franchise to do, trade for players like Vuc, draft high, and yet fuckin Purgatory. Don’t take the Jaylen and jayson for granted.

There are two sides to this. Here’s the first: Whatever this Celtics season has been, it’s nothing compared to the average Bulls season for the past 20 years, in which the latter has been in middle-of-the-pack purgatory in all but a handful of stretches. And things could’ve at times gone as wrong for Boston as they have for Chicago. Even the last few years when the Bulls made strong moves (acquiring solid guys like Thad Young and Tomas Satoransky; trading for Vucci Mane), it hasn’t helped, though I guess the Vucevic trade remains in the wait-and-see category.

The other side is why the hell can’t the Celtics reliably beat a team like this? Missing Jaylen Brown hurt on both ends and the lack of Rob Williams hurt the defense (with TT, Luke Kornet and Grant Williams being the only center options), but like…there were options. You can put clamps on Zach LaVine and force him into jacking up bad shot attempts. (He’s better than he’s ever been, a legit if lower-tier All-Star, but still prone to trigger-happiness.) You can put pressure on Vucevic in terms of limiting his passing game, and also a guy like Thompson should be able to snag offensive boards before Vooch can.

There were some aspects of Chicago’s performance that weren’t easily predictable, like the aforementioned Coby White shooting extravaganza—the guy shoots only 41.6% from the field and 35.6% from deep—but it can’t be stressed how avoidable this was.

This recent stretch of games for the Celtics has been uneven for them as a whole, but fantastic for Kemba Walker:

Walker has tallied at least 30 points in three of his last four contests https://t.co/nPhCqoVfZm

Last night he reached a season-high 33 points while also contributing all over the stat line: 4 boards, 3 dimes, a steal and a block. Lest anyone say, “Well, he was just scoring, so what?” there have also been showcases for his leadership abilities. During Q4, when the Cs made a final run to make the game interesting, Walker wasn’t just racking up points: He also made a point of getting other guys involved: Smart only played particularly well during this stretch, when Walker was rolling, and Walker also helped facilitate a stretch of strong play by Grant Williams, who’s been out of the rotation for a week or more.

If Kemba stays healthy he can absolutely be the veteran presence that helps guide Tatum and Brown to even greater heights. The health, unfortunately, remains an open question.

5. Fournier and a fantastic example of Celtics potential

It was good to see Evan Fournier play at the level we expect from a guy with his pedigree for a good chunk of that game. Worth noting that he wrnt offensively quiet after a deafening first quarter but…oh hell, just look at the possession below:

Keep an eye on Kemba. He had no doubt Fournier's shot was going in! https://t.co/xTnYBJ2gOm

The Cs can do that on at least a semi-regular basis. They have played like that numerous times during the Brad Stevens era. But time is running out for them to earn the opportunity to play at that caliber in the upcoming playoffs.