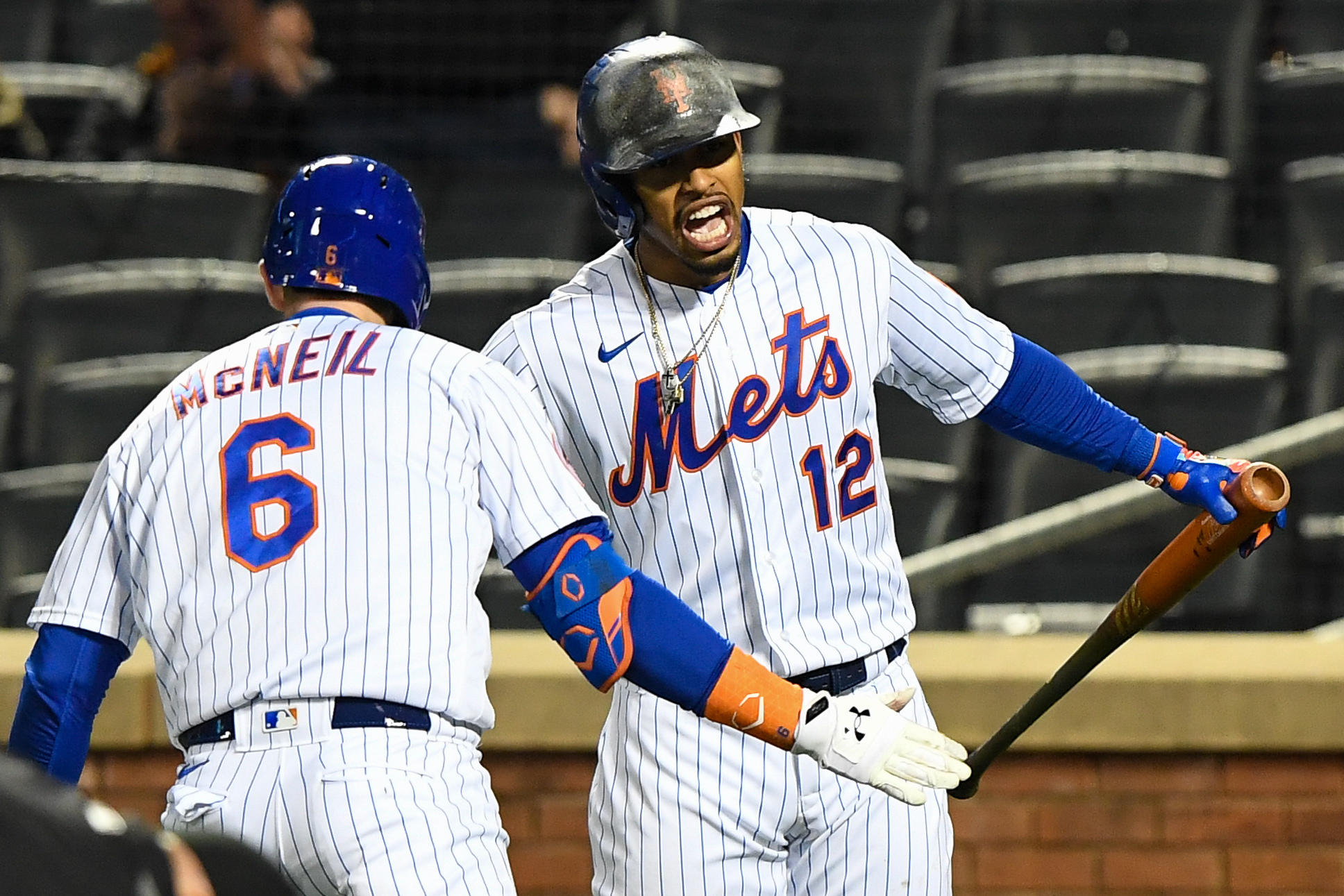 After Zack Scott called a zoom conference on Saturday afternoonJorda to share his thoughts on Raccoon vs Rat (which I really hope the Discovery Channel picks up for three seasons), it was time to get back to normal baseball activities with another game against the Diamondbacks on Saturday night. The spectre of a second straight bullpen game (this one planned as opposed to the unplanned bullpen game on Friday made necessary by David Peterson’s poor start) loomed large, but the performance of the Mets’ bullpen has made it an oasis rather than a burden.

Tommy Hunter mowed down Arizona in 17 pitches over two innings (albeit with an adjustment along the way), and Joey Lucchesi took over as the bulk guy, going three and a third in his first foray into a fourth inning of work this season. He gave up a run in the 6th, but proved that there is a role where he can succeed at, although I’d love to see him as a true opener at some point, with a righty like Hunter, Jordan Yamamoto, or Sean Reid-Foley following him. For tonight, Lucchesi gave the Mets just what they needed.

Jeurys Familia took over for Lucchesi in the 6th, cleaned up his jam, and then got out of his own in the 7th. With a 3-1 lead, Familia got Nick Ahmed and Tim Locastro out to start the inning, and then gave up three of the unluckiest hits you’ll ever find. An infield single against the shift to Pavin Smith, a bloop single to right by Kelly, and then another infield single by Josh Rojas, who had already reached base two straight times on catcher’s interference. Up through those batters, Familia’s stuff was electric. Facing Christian Walker with the bases loaded, Familia had to rely on every piece of baseball grit and guts he’s ever needed in his career, and also depended on Pete Alonso to save Mets fans from all dying of “what the hell was that!”

Here's that Alonso play to bail out Lindor. And man was Jeurys Familia fired up.pic.twitter.com/TOHHZS1JPi

As for the offense for the Mets? I’ll give you two guesses as to the two guys who delivered the goods for the Mets tonight. That’s right: The Raccoon and the Rat, the Squirrel and the Smile, Jeff McNeil and Francisco Lindor. McNeil delivered a two run dinger in the third, while Lindor scored a run on a steal of second and then a two base error on Carson Kelly as Lindor motored all the way home later in the inning. Lindor, who was 2-for-3, also delivered a bloop single to center in the 7th to give the Mets a 4-1 lead. From there, a single to Stephen Vogt made the score a little bit closer, but Aaron Loup allowed nothing further, and Trevor May came on for his first save of the year.

This series looked bleak after Peterson’s stumble. But now after two bullpen wins, Jacob deGrom makes his return after missing a start on Sunday afternoon. This weekend could be the springboard to send the Mets to the next level in their ever present quest for world domination. As for whether there is any lingering brooding on the team from yesterday, well I’ll let you decide:

I’ll also let you decide how many COVID protocols were broken in those 12 seconds.