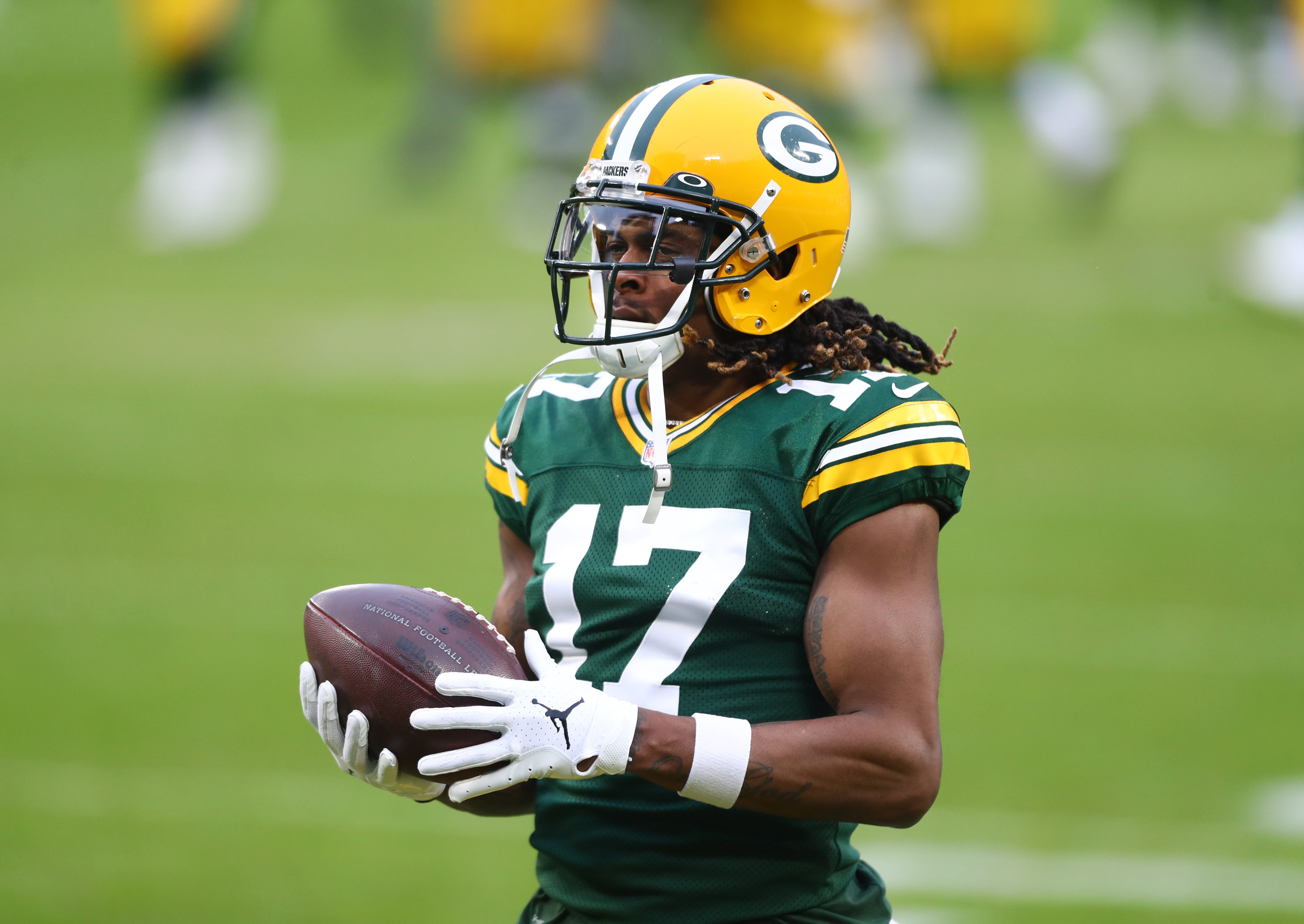 While a great deal of attention has been made about the fact that the Packers have not drafted a wide receiver in the first round of the draft since Javon Walker in 2002, Aaron Rodgers has had some outstanding talent to throw to over the course of his time as the starting quarterback in Green Bay.

Here is a look at the top five wide receivers the Packers have had during the Aaron Rodgers Era. This list is based only on what the players did from the time Rodgers took over as the starter in 2008 through the present day. So, the fact that a receiver was dominant before 2008 is not relevant here.

The list is also limited to wide receivers, so don’t expect to see Jermichael Finley or Robert Tonyan on this list either.

With that in mind, here are the top five wide receivers the Packers have had during the Aaron Rodgers Era:

Jones spent seven seasons with the Packers while Rodgers was the starter. His most productive campaign came in 2014 when he caught 64 passes for 784 yards and a league-high 14 touchdown catches.

In 2010, the former San Jose State star was a part of the Packers Super Bowl XLV-winning team. He caught two touchdown passes in the playoffs and had five catches for 50 yards in the Super Bowl.

After a year with Oakland, Jones signed with the Packers again in 2015 and caught eight touchdown passes after rejoining the team just before the start of the regular season after Jordy Nelson was lost for the season.

Jones was never a speed burner, but he used his size and football smarts to get open. He was a consistent performer for the Packers and has since become a broadcaster after retiring from the NFL.

Cobb joined the Packers in 2011 and made an immediate splash in his first NFL game, catching a touchdown pass and returning a kick 108 yards for a touchdown.

The Kentucky alum was starting by his second year with the Packers and spent eight productive years in Green Bay.

Cobb was a good slot receiver who wasn’t afraid to go over the middle short, could run the ball on end arounds on occasion and often came up with big plays.

One of his best moments came in the season finale in Chicago in 2013. The Packers needed a win to clinch the division title and make the playoffs. Both Cobb and Rodgers returned after missing time due to injuries. The Packers trailed 28-27 and faced a 4th-and-8 from the Chicago 48 with 38 seconds left in the game. Rodgers escaped the pass rush and found Cobb deep downfield for the playoff-clinching touchdown.

Cobb spent eight years with the Pack and caught 470 passes for 5,524 yards and 41 touchdowns. He will be remembered as a versatile and clutch performer for the Packers.

In the first three seasons Rodgers was a starter, Jennings was his top target. The former Western Michigan star had three straight seasons with more than 1,000 yards receiving from 2008-2010 and made the Pro Bowl after the 2010 and 2011 campaigns.

Jennings best year came in 2008, Rodgers’ first year as a starter. He caught 80 passes for 1,292 yards and nine touchdowns.

He caught four passes in Super Bowl LXV including a pair of touchdowns and a key third down pickup that helped the Packers clinch their victory over the Steelers.

Jennings remained with the Packers through the end of the 2012 season and completed his career with the Vikings and Dolphins.

He caught 425 passes for 6,537 yards and 53 touchdowns as a Packer and caught Brett Favre’s touchdown pass that passed Dan Marino to become the NFL’s all-time touchdown leader.

The Packers drafted Nelson in the second round of the 2008 NFL Draft. His rookie year was Rodgers’ first as a starter.

Nelson struggled early in his career, but by the end of the 2010 season, the former Kansas State star became a dangerous weapon for Rodgers and the Packers.

Super Bowl XLV was Nelson’s coming out party. He caught nine passes for 140 yards and a touchdown in the Packers 31-25 victory over the Steelers.

In 2011, Nelson had the first of four seasons with 1,000 or more receiving yards. He enjoyed his best season in 2014 when he caught 98 passes for 1,519 yards and 13 touchdowns and earned Pro Bowl honors for the first time in his career.

A preseason injury cost Nelson the entire 2015 season but he came back strong in 2016 and caught 97 passes for 1,257 yards and a league-high 14 touchdown passes. His performance earned him NFL Comeback Player of the Year honors.

In nine seasons with the Packers, Nelson grabbed 550 catches for 7,848 yards and 69 touchdowns. He is a shoo-in for the Packers Hall of Fame as soon as he is eligible.

The Packers drafted Davante Adams in the second round of the 2014 NFL Draft and the former Fresno State star struggled early before becoming Rodgers’ favorite target by his third NFL season. He eventually became one of the best receivers in the NFL.

Adams has now gone to four consecutive Pro Bowls and was named All Pro after the 2020 season which saw him catch a Packers franchise record 115 catches and a league-leading 18 touchdown passes despite missing two games due to injury.

Adams is masterful at gaining an advantage of defenders within a step or two off the snap of the ball. He has excellent body control and is a precise route runner.

Adams is in the prime of his career at the age of 28. If he re-signs with the Packers, he could threaten Donald Driver’s franchise record of 743 career catches.