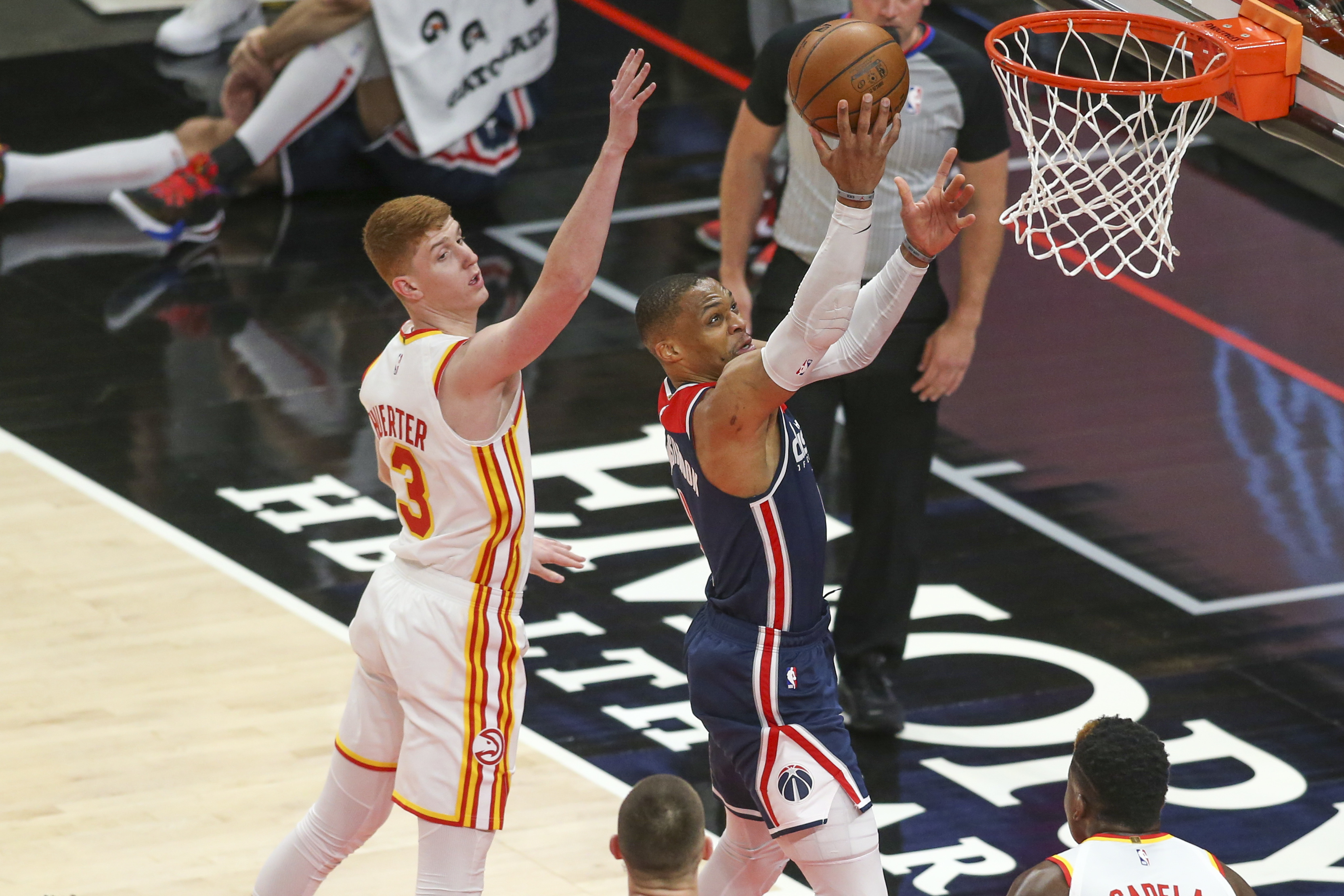 A record that some thought was unbreakable, even up until a few years ago, Oscar Robertson’s 181 regular-season triple-doubles is no longer the leader in the clubhouse. After 47 years, Russell Westbrook is the new king of the triple-double after recording his 182nd in Atlanta in the Wizards’ fourth to last regular-season game. Westbrook recorded his 36th triple-double in his 62nd game this season including 22 in his last 26 games, a tear that got him Eastern Conference Player of the Week honors for averaging an absurd 22.3 points, 18.3 assists, and 17.3 rebounds.

Russell Westbrook on becoming the all-time triple-double leader: “Something I never would’ve dreamt about as a young kid growing up in LA. … Normally I don’t like to pat myself on the back, but tonight I will.” pic.twitter.com/4tzZaDjxci

In games where Westbrook records a triple-double, his teams are a combined 136-46 (.747), including the Wizards’ current 21-15 record, where they have won 13 of their last 17 games with a Westbrook triple-double. His 182 career triple-doubles are also more than 26-of-30 NBA franchises, with only the Lakers, Kings, Celtics, and Thunder (obviously) having more. Westbrook is the franchise leader for Washington (36) and broke Darrell Walker’s franchise record of 15 in just 38 games with the Wizards.

Already without the season tiebreak against the current 8-seed Charlotte Hornets, it will be tough for the Wizards to sneak into a top-8 position headed into the play-in games meaning they will need to win back-to-back games to earn a playoff series against the No. 1 seed (currently looking like Philadelphia). If Bradley Beal (left hamstring strain) and Russell Westbrook are both healthy, Washington is certainly talented enough to win a playoff spot in the play-in and give the 76ers or another powerhouse a good fight. Odds are the Wizards don’t make major noise in the East this season, but Westbrook has stomped all over any remaining ‘washed’ narrative from when he was playing through a tear in his quad. That is probably enough for Washington to want to run things back with a new coach and possibly revised front office next season hoping for better health.

It took an absolute tear in the second half of the season for Westbrook to break the record in his first year in DC, but that is exactly what the future first-ballot Hall of Famer did because as he likes to say, why not?