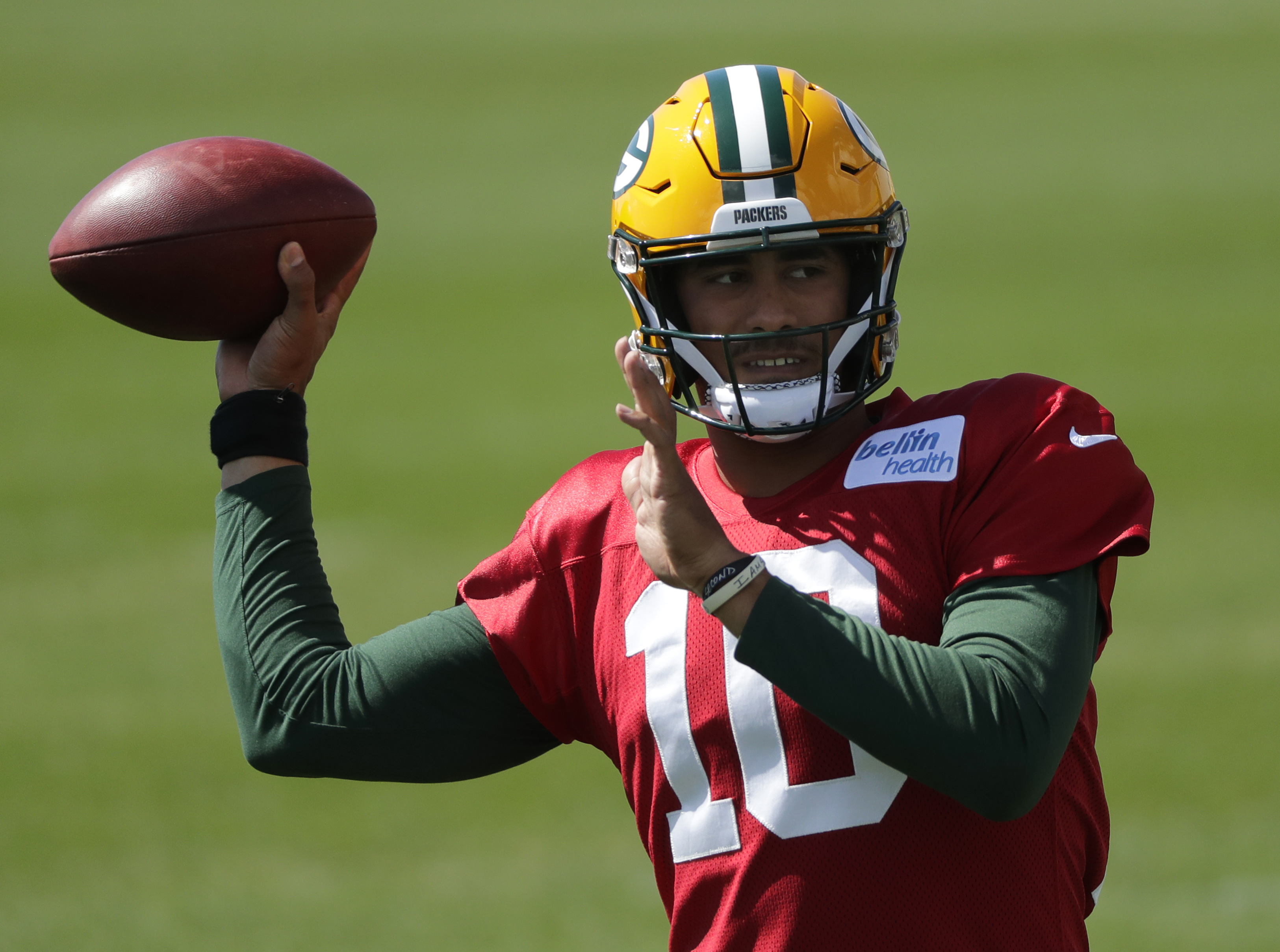 With the Aaron Rodgers controversy continuing this offseason, one question that many fans are asking is whether 2020 first-round pick Jordan Love is ready to take over as the starter if Rodgers doesn’t return or gets injured.

When Love was drafted last year, most scouts agreed he had the talent necessary to eventually develop into a quality NFL starting quarterback, but he would need time to get there.

One Web site summed it up best. At Walterfootball.com, the scouting report on Love that was released before the 2020 draft said, “Nearly every team source I spoke with feels Love is a developmental prospect who will need time on the bench to improve before being ready to play.”

Obviously, this was written before Love was drafted and before we knew how much the Covid-19 pandemic would affect the NFL season.

Last year, there were no live OTAs or minicamps, no preseason games and an abridged training camp that featured fewer live reps and less physical contact than a typical year.

Over the course of the 2020 regular season, Rodgers remained healthy and started all 16 regular-season games and both playoff contests. Not only that, but he enjoyed an MVP season, throwing for 4,299 yards and a career-high 48 touchdown passes while tossing only five interceptions. His 121.5 quarterback rating was the second best of his Hall of Fame career.

Because of the lack of offseason and preseason, the Packers kept Tim Boyle as Rodgers’ backup. Love was inactive for all regular season and playoff contests. He did not take a single snap during his rookie season.

Well, since the Packers lost to the Bucs in the NFC Championship Game in January, Boyle has departed to Detroit in free agency and Rodgers is now having a dispute with the Packers organization and indicated he may not wish to return to the team, the attention has turned towards Love. If Rodgers departs, is Love ready to take over as the starter?

GM Brian Gutekunst seemed to indicate he may not be. In his post-draft press conference when asked about Love, Gute told reporters, “He’s got a long way to go, but we’re ecstatic for his development. Obviously, we think the world of Jordan and where he’s going to grow and develop. I think it’s pretty early to be able to tell you that because obviously with no preseason games last year and just kind of the no-spring, but we have a lot of confidence in his talents, in his work ethic and where he’s going to go. But it’s a little early for that.”

Love is in a difficult situation and none of it was caused by him. If Rodgers stays, he will continue to ride the bench as the reigning league MVP continues to play. He won’t see the field except in a blowout game or if Rodgers gets injured.

When Rodgers leaves Green Bay either via trade or retirement, whether in a few weeks or a few years, Love will have the difficult task of taking over at quarterback after two Hall of Famers were there. For the last 29 seasons, the Packers have had either Brett Favre or Rodgers at quarterback, two all-time greats at the position. Love will have a high standard to live up to whenever he takes over in Green Bay.

Packers head coach Matt LaFleur also likes the potential Love brings to the position. “I’ve talked to Jordan and I told him, ‘You know, there’s a lot of noise out there. You can’t focus on that. You’ve got to focus on yourself,’” LaFleur told reporters after the draft. “And I know you guys think it’s cliché, but he’s got to be the best version of him and he’s got to do everything in his power to make sure he knows the expectations, the standards which we’ve developed at that position. I know he’s working his tail off to come back in the best possible shape and be the best possible player he can be. He’s given everything he’s got into the workouts and into our virtual meetings. He’s doing a great job and learning a lot, but the reality of the situation, he’s a young quarterback, and he’s a young quarterback who wasn’t provided an offseason really last year. … I think we’re all interested to see where he’s at. We’re excited about him. I think he is a talented player, but we all know that with any young players, specifically at that position, there’s always going to be room to grow.”

Many people have complained that as a first round draft pick, Love should be ready to step in if Rodgers isn’t there. But most scouts and experts feel he needs more time before stepping in. When the Packers convene for OTAs and minicamps, the organization will begin the process of figuring out whether Love is ready to be the primary backup in 2021, or they need to bring in another player to fill the need short term.

For now, Love faces the difficult task of ignoring the controversy swirling all around him and concentrating on making himself the best NFL quarterback he can be as quickly as he can do it. The Packers are betting he’ll be ready sooner rather than later.