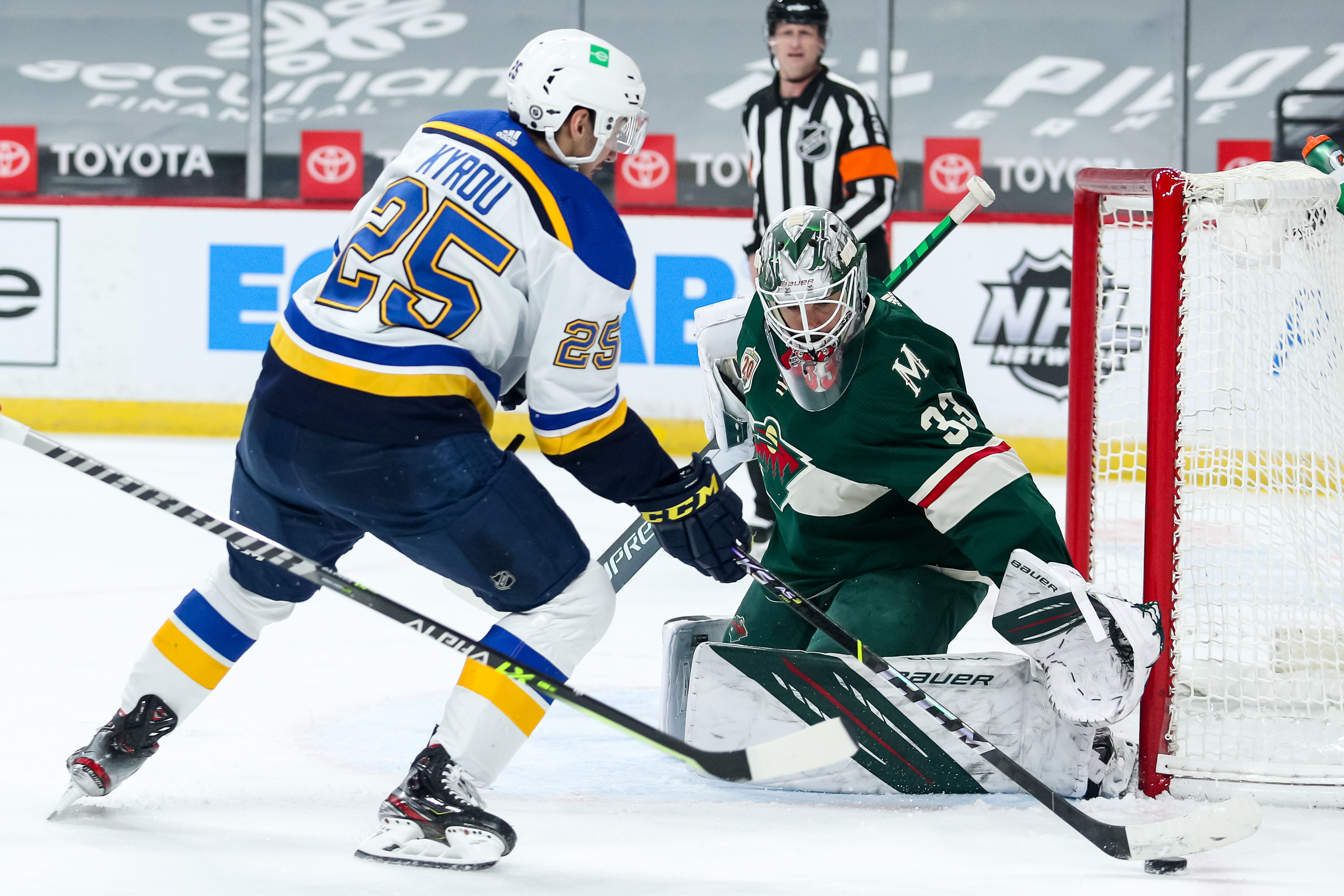 We’re finally here, the last two games of the 2021 NHL regular season.  For the Minnesota Wild, the games will not determine whether or not the team makes the playoffs.  The Wild clinched their playoff spot weeks ago, and with an 18-point lead over the Blues they do not have to worry about being leapfrogged.  Yet this series might prove to be an important step psychologically as the Wild hope to end their run of 1st round exits in the post-season.

Colorado’s win over Vegas this weekend opened the door for a possibility the Avalanche could take the #1 spot from the Golden Knights.  If that happens then the Wild will play Vegas in round 1; if not, the Wild will face Colorado.  I have a feeling it might prompt you to become a temporary Avalanche fan.

As much success as the Wild have enjoyed in the Honda West division, two teams have given them their share of losses and struggles.  The Colorado Avalanche and the St. Louis Blues.  The latter team has been particularly pernicious in how they’ve managed to pull victories away from the Wild with late-game goals.  Blues’ captain Ryan O’Reilly has been particularly clutch in games against the Wild.

Psychological hurdles can be difficult to overcome.  You see it in sports all of the time at just about any level.  I see it manifest itself in high school sports when our high school faces certain teams.  This strange expectation of failure suddenly turns into reality and you find yourself agonizing at another painful loss.  Think the Minnesota Twins versus the New York Yankees in case you need an example.

The Minnesota North Stars famously tried to address their psychological hurdle against the Boston Bruins on February 26th, 1981 by not allowing themselves to be intimidated by dropping the gloves at the slightest sign of disrespect.

The result was the most-penalty filled game in NHL history to that point, 406 penalty minutes a record which would stand for over 30 years.  I am not suggesting the Minnesota Wild should try to get into a massive brawl with the St. Louis Blues just before the playoffs, but I do think it would beneficial to gain some confidence by earning a sweep going into the post-season.

The Wild could possibly leapfrog the Avalanche in points, which could give Minnesota home-ice advantage.  If you listen to places like NHL Network radio, they’re counting the Wild out big time.  Yet that is somewhat understandable given this team’s history.  However, no one, myself included thought the Wild were going to do all that well either.  In fact, I know I said I thought it was pretty likely they were going to miss the playoffs.  So the Wild shouldn’t be too bothered by any person or entity writing them off.

The Blues did well enough to earn wins against Minnesota a week ago, but lately they’ve been settling for overtime losses.  St. Louis has clinched as the Coyotes have run out of regular season games.  So no drama there other than who plays where.  Minnesota has had some overtime success but it was facing the worst team in the Honda West so there’s that.

Between the pipes I’d guess the Wild would give Cam Talbot the start with some possible playoff positioning being on the line.  In fact, if Minnesota can earn a win tonight and there is a chance we could play Vegas in the opening round I could see Wild Head Coach Dean Evason go with Cam Talbot twice.  Jordan Binnington will be the Blues starter, but I could see them sitting him for the next game just to give him a bit of rest before the playoffs since they can do little to change who their first round match up is against.

A player the Wild need to see raise his game is Jordan Greenway.  Greenway has been as physically dominant lately and he’s been causing less havoc in the offensive zone too.  When he’s playing assertively, he’s extremely tough for just about any team to shut down.  If he could play the way he did through certain stretches that made the team’s 3rd line its best line, it could go a long way to earning a win this evening against a heavier team like St. Louis.

According to the Athletic‘s Jessi Pierce, there were no line changes during the team’s practice yesterday so I’d expect to see the same lines we saw used against the Anaheim Ducks.

1. Play confidently ~ The Minnesota Wild need to believe in themselves if they are to have any chance against anyone, let alone the St. Louis Blues.  Minnesota has one of the bet depth of scoring of any team in the NHL and that means they can get offense from all four of its lines.  They are a team that play heavy or a finesse game.  They have two considerable scoring threats for the Blues’ to account for in Kirill Kaprizov and Kevin Fiala.  If the Wild are to rid themselves of this psychological hurdle they must believe they can overcome it.  Why not start now?

2. Be tough around the crease ~ If this game really becomes another primer for the playoffs, it often comes down who plays with more ‘want to’ in around the blue paint.  Whether to keep it free from players depriving goaltenders of their vision or the will to out battle others for the puck.  Flybys don’t work, to score goals you have to be willing to pay a price and force opponents to pay a price to be anywhere near your own crease.

3. Be careful exiting the zone ~ St. Louis forces turnovers by being aggressive on the forecheck and finishing their checks.  Minnesota has a tendency to move the puck more carelessly that leads to dangerous turnovers.  No doubt St. Louis will adopt that same approach to force the Wild to cough up pucks.  The Wild would be well served they used quick, short passes to elude the forecheckers and get on the breakout instead of the longer stretch like passes.

What do you think will be keys for a Wild victory against the Blues?  Tell us on Twitter at @CreaseAndAssist!