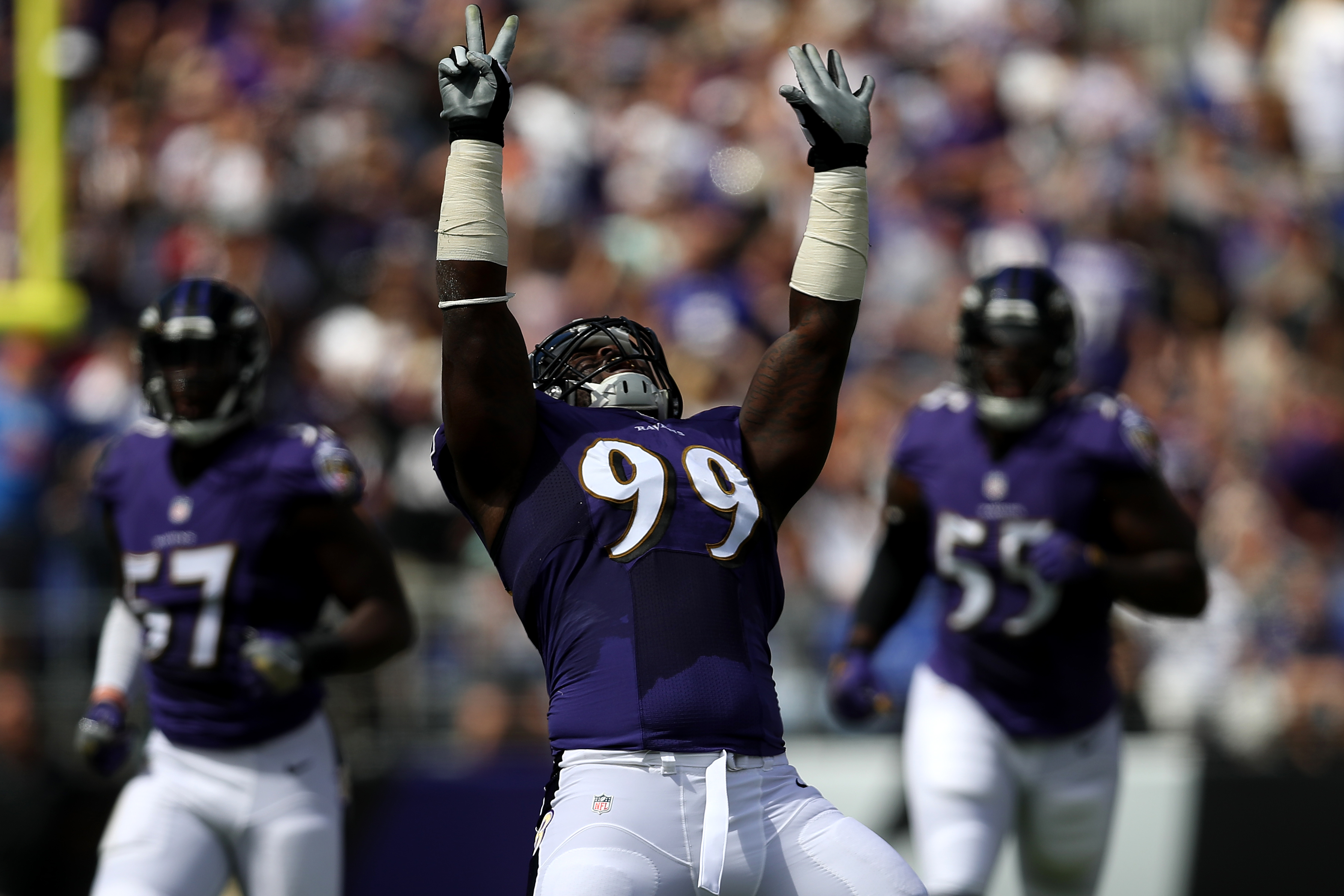 On the surface it looks like the Ravens were fortified by newly drafted prospects at edge rusher and wide receiver.

But not so fast, says Ravens Media writer Joe Schiller:

“The Ravens took advantage of the free-agent market following the draft to address the right tackle position. Will they do the same at pass rusher?”

“If there is a piece of the offseason puzzle that feels incomplete, it’s at edge rusher, where the Ravens re-signed Tyus Bowser and Pernell McPhee, watched Matthew Judon, Yannick Ngakoue and Jihad Ward leave as free agents and then drafted Odafe Oweh (first round) and Daelin Hayes (fifth round),” The Athletic’s Jeff Zrebiec wrote.

“In Bowser, McPhee, Oweh, Hayes and former third-round pick Jaylon Ferguson, the Ravens have a solid mix of veterans and youngsters, of guys who can set the edge or drop into coverage, of guys with pass-rush potential. What they don’t appear to have is a veteran primed to register eight to 10 sacks in a season.”

The Ravens reportedly brought in veteran Justin Houston for a visit last month, but Zrebiec said “there appears to be a good bit of separation between Houston’s asking price and what the Ravens are willing to offer.”

There are still other options available, such as Melvin Ingram and Ryan Kerrigan. Russell Street Report’s Brian McFarland said the Ravens have just over $11 million in cap space to work with.

Without their two most productive pass rushers from last season in Matthew Judon and Yannick Ngakoue, Zrebiec said adding another proven commodity at the position is a necessity.

“Whether it’s Houston or somebody else, the Ravens are smart to look for edge-rush help,” Zrebiec wrote. “Judon and Ngakoue combined for just nine sacks with the Ravens last year, but they still got pressure and had to be accounted for by defenses.

“… The Ravens have a difficult defense for rookies to learn and they ask a lot of their linebackers. It’s tough to count on a major impact from a rookie from Day 1 and anything behind solid contributions would have to be considered a bonus. That’s why, at least to me, adding a veteran pass rusher is closer to a necessity than it is a luxury. To beat the top teams in the AFC, the Ravens need more disruption from their front four and to be less dependent on blitzing.”

There’s been a lot of praise for the Ravens’ new-look receiving corps, but Ebony Bird’s Chris Schisler is expecting big things for one of the young receivers already on the roster.

“The Ravens’ top receiver in the 2021 season is going to be a player they didn’t add this offseason,” Schisler wrote.

Schisler said Marquise (“Hollywood”) Brown was one of the biggest winners from the draft, and expects him to have a Pro Bowl season.

“The Ravens now have a group of receivers that can complement each other,” Schisler said. “… The way defenses have to play the Ravens has completely changed. It’s not just about taking away Brown and Mark Andrews. The Ravens went from having one wide receiver they could confidently take shots down the field with, to having a few guys Jackson could trust deep.

“… With all the additions to the offense, Brown has an advantage nobody else has in the receiver room. He’s Jackson’s favorite target. Jackson’s chemistry with Brown is very obvious. That kind of connection doesn’t get weakened when Jackson has more options. Brown is always going to be Jackson’s guy.”

Brown led all wide receivers on the Ravens last year with a career-high 769 yards and eight touchdowns. That came during a season in which Baltimore ranked last in passing attempts (404), and Jackson missed one regular-season game because of COVID-19.

Schisler said a realistic expectation for Brown this season would be 1,200 yards and 11 touchdowns.

“Brown is going to benefit from attention going to other play-makers and his production will continue to go up,” Schisler wrote. “One of the most exciting aspects of the 2021 season is that the Ravens can finally try to showcase the talent they already had in the passing game. … The stage is also set for Brown to have a breakout year, the kind of year that lands you in the Pro Bowl.”