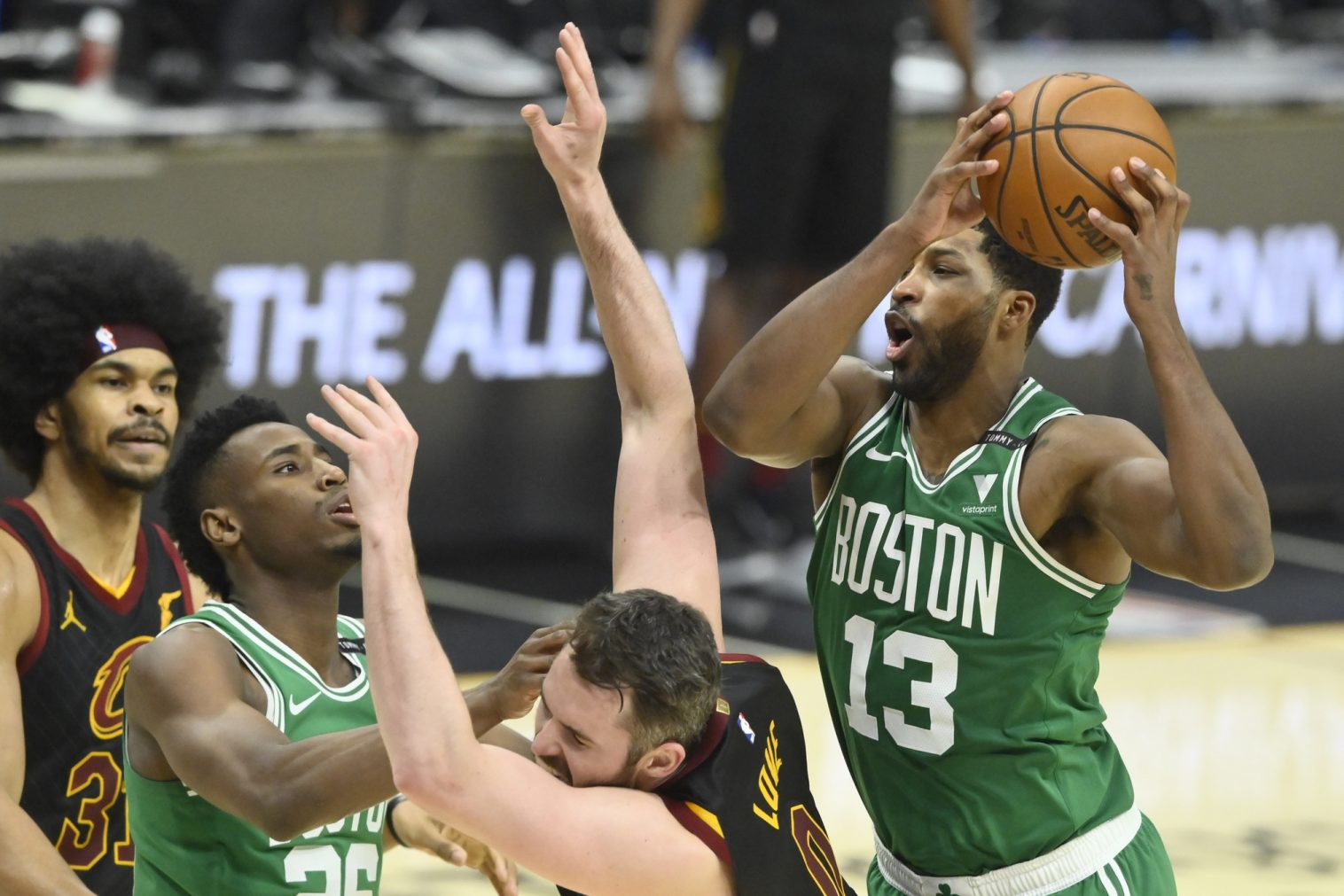 A shorthanded, demoralized group of Celtics played a demoralized game and fell short against a nothing-to-lose Cavaliers team, 102-94.

Neither team looked good during Q1. But if you pit a bad but hungry team against a good but effectively broken one, the former will probably do better. If not for Jayson Tatum and some liveliness at the frame’s end by Payton Pritchard, Boston would’ve been down a lot more than 22-17. Q2 was even worse: Offense that started logy sunk into the mud, with Evan Fournier offering the Celtics’ only signs of shooting life. Collin Sexton and the other Cavs fell into extended shooting slumps and it did not help Boston at all. The squads combined for 81 points in the first half, with Cleveland holding the narrow 42-39 advantage.

To their credit, the Cs came out for the third quarter looking engaged—like at least a reasonable facsimile of what they’re capable of. A quick succession of long-range shots and drives gave them their first real lead over the Cavs. Boston spent most of the rest of Q3 trading that lead with Cleveland in excruciating fashion, but outscored them just barely to bring a 69-67 lead into the final 12 minutes. A series of triples by Sexton, Damyean Dotson and Kevin Love (the same Kevin Love who literally refused to shoot out of “protest” a handful of games ago) put the Cavs back in front. With that, the already-clobbered Cs mostly went through the motions until the final buzzer rang.

Ok Celtics, you’re down 4 starters and on a BTB, but you’re playing the Cavs who’ve lost 11 straight. They ran you out of the gym last time, don’t even think of letting that happen again. Give us some friggin hope.

Welp. This game’s start was inauspicious to say the least, but a handful of cool moments early on…

Occasional flashes aside, though…

The Celtics are starting to heat up from 3 point land#Celtics Rewind presented by @tmobile pic.twitter.com/yNw2Bd06S8

They were not really starting to heat up from three-point land, but it was pretty to think so, I guess. And not only were they slumping entirely of their own accord, but even when the gameplay improved intermittently, they had zero luck.

Varejao has to know where the Quicken Loans bodies are buried

Flashes by one of the lesser-recognized young fellas:

Tremont knocks down the quick 3 to take the lead#Celtics Rewind presented by @tmobile pic.twitter.com/7DQysoKc8k

I couldn’t even be amused by this being the 69th game. What the hell. We might as well wrap up with a cool moment from the doldrums:

Jayson Tatum with the mean poster coming down the lane#Celtics Rewind presented by @tmobile pic.twitter.com/P9HlULXODn

Well, at least we get to see Tatum jamming it on Jarrett Allen's head pic.twitter.com/0XSgmC1RJV