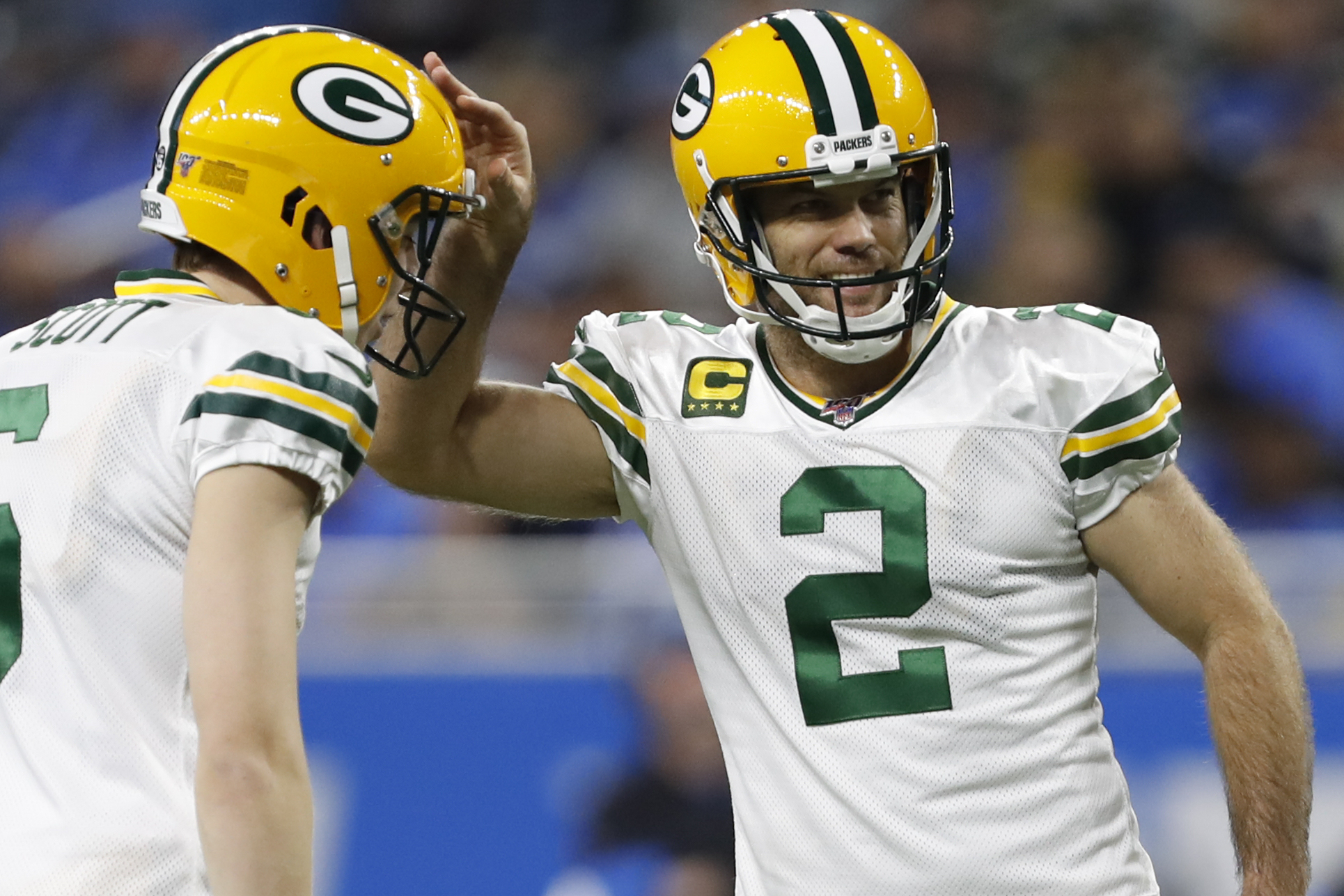 Mason Crosby has been the Packers kicker since he was selected in the sixth round of the 2007 NFL Draft. The former Colorado star is returning for his 15th season in Green Bay in 2021 and he remains an accurate kicker with a strong leg even though he will turn 37 before the start of the new campaign.

Here is a look at 10 things you may not know about Packers kicker Mason Crosby:

Crosby has 1,682 career points with the Packers, first all-time for the franchise. It’s not just that Crosby is the leading scorer in the Packers 100-plus year history, but by how much. He has 628 points more than the second all-time player on the list, Ryan Longwell. Just to tell you how big that gap is, 628 points would place someone sixth on the franchise all-time scoring list. It is also more than double the total of the third all-time leader on the list, Hall of Famer Don Hutson.

Crosby also is averaging 7.5 points-per-game which is tops among the team’s top 100 all-time scorers.

Like most kickers, Crosby has never scored a touchdown in his NFL career. He has also never scored a two-point conversion. All his points have come on his 647 extra points and 345 field goals.

In his career, Crosby has booted 39 field goals of at least 50 yards in 70 attempts. That’s a .557 percent accuracy rate.

In case you might think his leg was showing signs of weakening, he hit four field goals of at least 50 yards in 2020 including a 57-yarder.

Last season, Crosby became the first kicker in Packers history to have a perfect season kicking field goals (among kickers who qualified). He hit on all 16 of his field goals to set a new franchise record.

That means in his last two regular season campaigns, Crosby has made 95 percent of his field goal tries.

The Packers kicker has been remarkably consistent over the course of his career.  In 13 of his 14 NFL seasons, Crosby has personally scored more than 100 points. The only exception was 2017 when he had only 78 points. That was the year Rodgers was injured after five games and Brett Hundley was the starting quarterback for most of the season.

Crosby has appeared in 22 playoff games for the Packers dating back to his rookie campaign of 2007 when the Packers reached the NFC Championship Game.

When the games matter most, Crosby has been at his best. He has made all 69 of his playoff extra points and 30-of-33 postseason field goals good for nearly 91 percent accuracy.

He also set a Packers franchise record by kicking five field goals in the 2014 NFC Championship Game against the Seahawks.

In Super Bowl XLV, Crosby was perfect on four extra points and kicked 23-yard field goal in his only attempt with 2:07 remaining in the game.

He has 159 career playoff points which is also first in Packers franchise history.

Crosby is one of only two remaining players who were on the Packers last Super Bowl winning team who are still on the active roster. The other is Aaron Rodgers and Rodgers’ status for 2021 remains up in the air.

At the end of the 2020 season, Crosby has played in 224 regular-season games for the Packers. That is second all-time behind only Brett Favre who has 255. If the Colorado alum plays all 16 games for the Packers in 2021 and 2022, he would pass Favre in the 2022 season finale.

Crosby has been credited with nine game-winning field goals during the regular season in his 14 seasons with the Packers.

In 2019, he kicked the winning field goal in both games against the Detroit Lions on the final play of regulation. In both games, the Packers never held a lead until Crosby booted the winning kick.

Crosby kicked a 58-yard field goal during the Packers 33-27 win over the Vikings in Minnesota on October 23, 2011. It remains the longest field goal in Packers history. In fact, Crosby kicked four field goals altogether in that game.

The longest field goal kicked by another player besides Crosby is 54 yards which was done by Chris Jacke, Ryan Longwell and Dave Rayner as well as Crosby who did it three times.