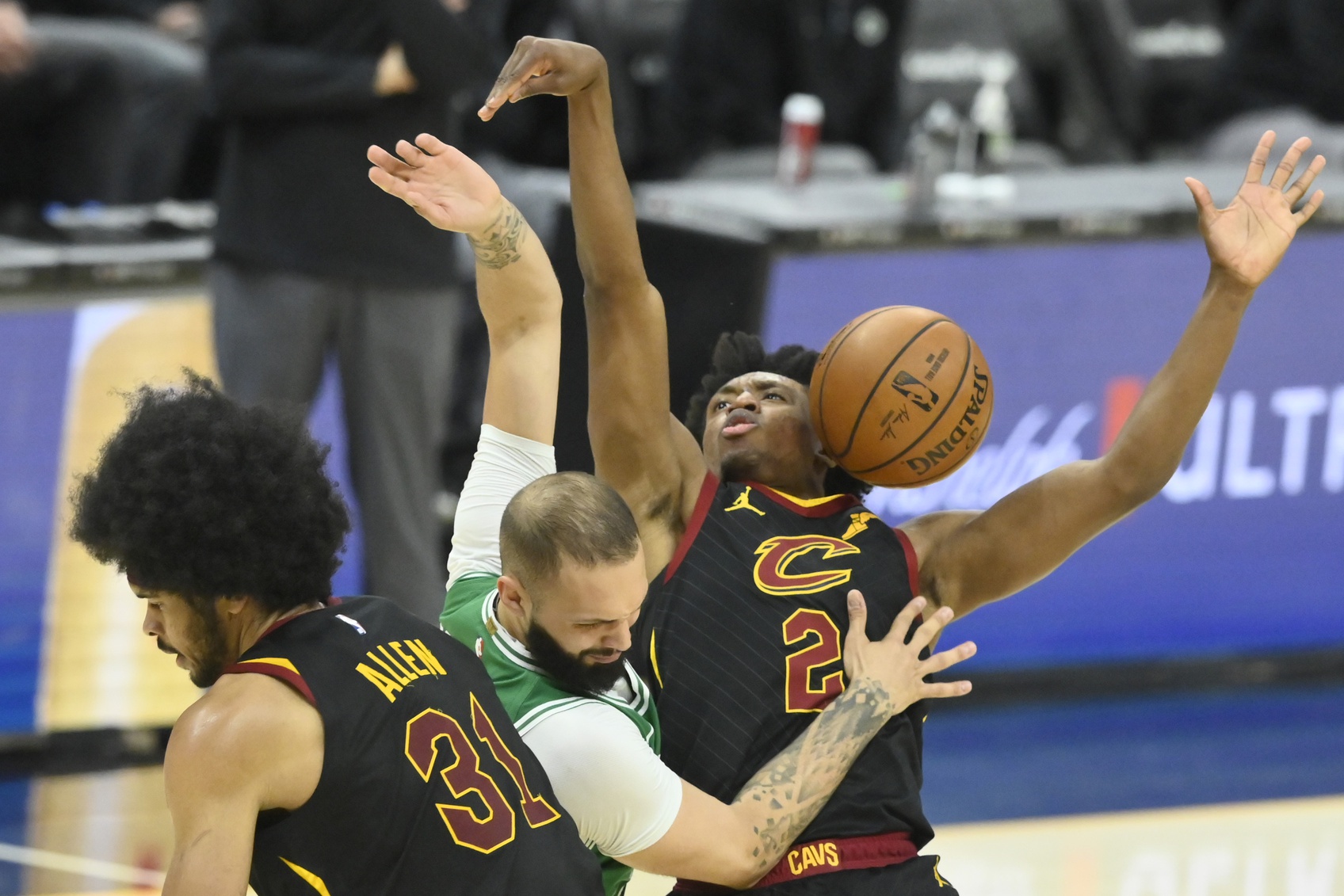 “The only thing that matters is hitting your stride at the right time. I think we’re all waiting for the stride to be hit for us, especially going on the road, playing against high-level teams, and being successful. We just gotta take care of that and just continue to build the continuity that we need, and the trust. Around this time is around the time we want to get going and just feel good about your team and going into the playoffs.”

“The first thing I would say is that winning games in a regular season to me, they matter, but I really think it’s a bunch of (crap)  because I’ve been on teams, you know, my final good year in Cleveland, we finished fourth. And we kind of did it on purpose because we kind of wanted to stay fresh.”

There are probably dozens of reasons for everything that happened this season, some in their control, some out. I do find it very interesting, though, that the two bizarre years in this current Celtics run have come while having leaders from that Cavs championship team.

With the loss of Jaylen Brown, I think it’s safe to say that the only thing left is guessing at what point in time over the next week and a half or so when the C’s season will officially end. Because honestly, it’s already over. There’s no way that a team missing its second best player is going to knock off the #2 seed in the East, and that is quite frankly the best possible outcome from the play-in tournament.

Now there are no shortage of people who are going to take this season as a referendum on everything Celtics related—the Nets, who very much lost the Pierce/Garnett trade are the second seed in the East, the Hornets seem to have found a solid core built off two ex-Celtics, Terry Rozier, Gordon Hayward and rookie LaMelo Ball, bringing them up from the basement to quasi-respectability and giving them a chance to boot the C’s from the playoffs—or at the very least, knock them down to the 8 seed.

John has an interesting point about the C’s having veteran leaders who cut their teeth on a team that made a habit of coasting through the regular season. And that may well be at least partially responsible for what’s gone wrong this season.

I mean, let’s be honest. If you’ve got two guys giving you conflicting messages, it’s human nature to give more weight to the guy who’s telling you what you want to hear. It’s called confirmation bias, and everyone is subject to it.

So, yeah, in a season that has been, more than any other, a pressure-cooker, if a guy like Thompson—the second-oldest guy on the roster—says, ‘hey, relax, it’s the playoffs that count,’ and you’ve got a guy like Stevens telling you that you need to develop good habits and the only way you can do that is by putting in the work, who are you going to listen to?

At the same time, I’m not sure that I fully endorse the view that Kyrie had a bad influence on the younger guys because there was a definite disconnect between him and the ostensibly impressionable youths.

It’s an interesting theory, but I think the two seasons have been horrible for very different reasons.

The 2019 season was horrible because, and I’m going to stick to my guns here, the young ‘uns were immature.

Yes, they had hit the ECF two years in a row, but in neither situation were they expected to do anything. The 2019 season was the first season where they considered themselves contenders.

And they carried themselves with all the overconfidence of youth and inexperience. They assumed that things would be easier for them and they were self-sparing all season long. They didn’t put in the work and it blew up in their face once they got to the second round of the playoffs.

I don’t see that.

One of the things that has routinely come up is “lack of effort.”

John makes another interesting point in his article about the difficulty of covering the team remotely:

From a media perspective, it’s been impossible to cover the team properly from afar through zoom calls. We don’t get to see practices, or at least the normal post-practice shooting the players do, to get a sense of who’s with whom and what they’re trying to accomplish. We don’t get to see human dynamics at play that guide us towards questions or storylines.

That has made it difficult to figure out what’s real and what’s not this season. I can’t look into someone’s eyes, ask follow ups, get pushback, or privately ask players and coaches anything. Sports media has essentially been reduced to more blogging and opinions and less reporting beyond what we’re told in Zoom calls.

And what have we gotten from Smart?

Basically, nothing. He has spoken in general terms about needing to work harder, but there’s been nothing specific. No anger about the team failing to perform to the best of its ability.

I think that’s what we need to hang our hat on, in the absence of other evidence.

Now I can hear you all talking about the C’s losing to the Cavs and the Thunder, teams that were on 11 and 14 game skids respectively, but here’s the thing:

And you’re going to be competing with the slowest guys on a college track team.

And not only are you going to lose, you’re going to look awful. Those guys are going to embarrass you. Heck. You might end up having to walk the last couple hundred meters.

Obviously, this means you weren’t trying to win. I mean, if you were trying to win, you wouldn’t look that bad.

And to an outside observer, that’s how it can appear. You’re wearing the same track outfits as the other guys, you look more or less like the other guys.

So what’s my point?

It’s this: If you’re put somewhere you don’t belong, your failure is going to look like a lack of effort.

If guys who belong on the bench are playing against starters, they’re often going to look like they’re not trying, and that’s really two obstacles in one: Not only are they going to get beat more often than not by their opposite, over time, being relentlessly overmatched is going to exact a further mental toll.

And then, what to they see from fans and unprofessional idiots with audiences? More crap piled on them.

One of the more amusing things that ‘educated’ fans have gone on about this season is that the kind of offense that Stevens claims to prefer has been rarely adopted by the Celtics.

This is used to argue that Stevens is, in fact, not a very good coach.

Honestly, I disagree with this.

Because Stevens isn’t Mike D’Antoni. He’s not going to force a system on a team that would perform better under different schemes.

From the get-go, Stevens’ philosophy has been figuring out strategies and schemes that give his players the best chance for success.

So it has to be eating away at him that due to injury and illness he’s had to do the opposite over and over and over this season.

Time and again, he’s had to put players in situations where it is all-but-certain that they are going to fail. He’s had to put reserve guys into starter roles knowing that they don’t belong there, knowing that repeated failure topped off with heaps of derision from fans is going to be demoralizing, but what other choice is there?

Further, good defense requires an almost psychic connection among players. I don’t believe in ESP, in any of that nonsense. But I do know that if you get a group of people together long enough, working on the same thing, they can act as a single entity and then amazing things happen.* Good defense requires two things that have been in short supply this season: practice and consistent lineups.

So, yeah, turns out the team never did get healthy enough for a deep playoff run, so the sooner this season ends, the better in my opinion.

*Beethoven’s 9th is, perhaps, the greatest individual work of art in human history. He was by this time almost completely deaf.