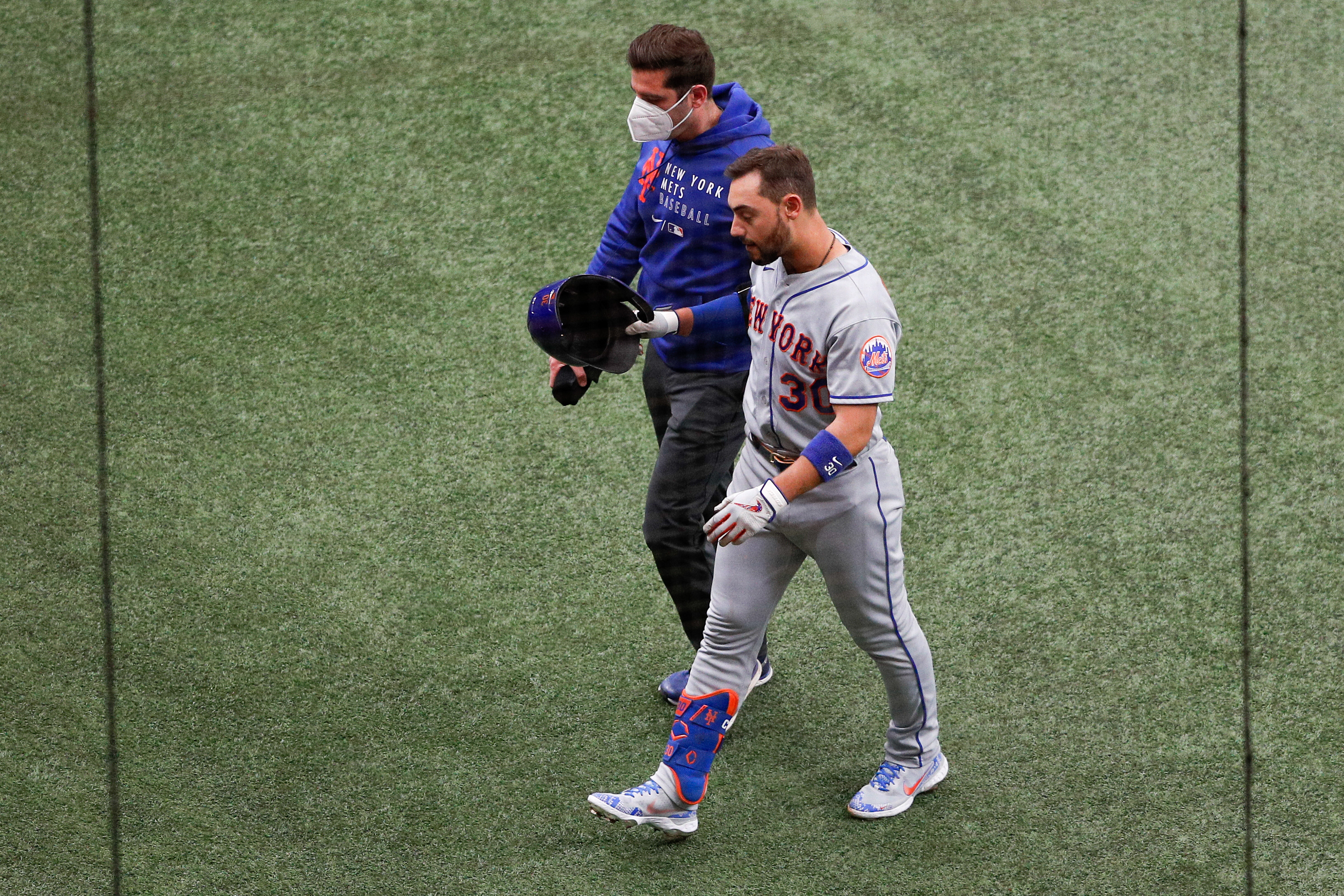 So during our last session together, I mentioned at the end that Marcus Stroman would be the perfect stopper for today’s game, and perfect for keeping a two game losing streak from eventually becoming a five or six game losing streak.

I mention this not for any snarky reason, but rather just to go on a stream of conciousness disgused as genuine wonder. So Stroman goes out there today, and before he even takes the mound, he sees Michael Conforto pull up with a hamstring injury. Then, Jeff McNeil leaves the game with another tight hamstring. Now, Stroman is very expressive about his mental approach to the game. I believe a direct quote from him is “even keel, always”. A great way to approach life, let along baseball.

But seeing the injuries and what they did to the lineup, does it creep at all into Stroman’s mind that without two significant offensive pieces, that he has to be more than perfect to get the Mets through this game? Only Marcus knows the true answer to this question (I’m not going to pretend to know what’s going on in in anybody’s head). But it wouldn’t be a stretch for Stroman’s competitive nature to kick in and try to go above and beyond for the team. (And if he did have any thoughts of having to be perfect after the injuries, he would have been right as the Mets only had two hits on Sunday.) Stroman was great first time through the lineup, but a sinker to Manny Margot didn’t sink, and you can’t leave a sinker up to Margot if you’re wearing a Mets uniform because if Jesus Christ put on a Mets uniform, Margot would hit a home run off Him too. 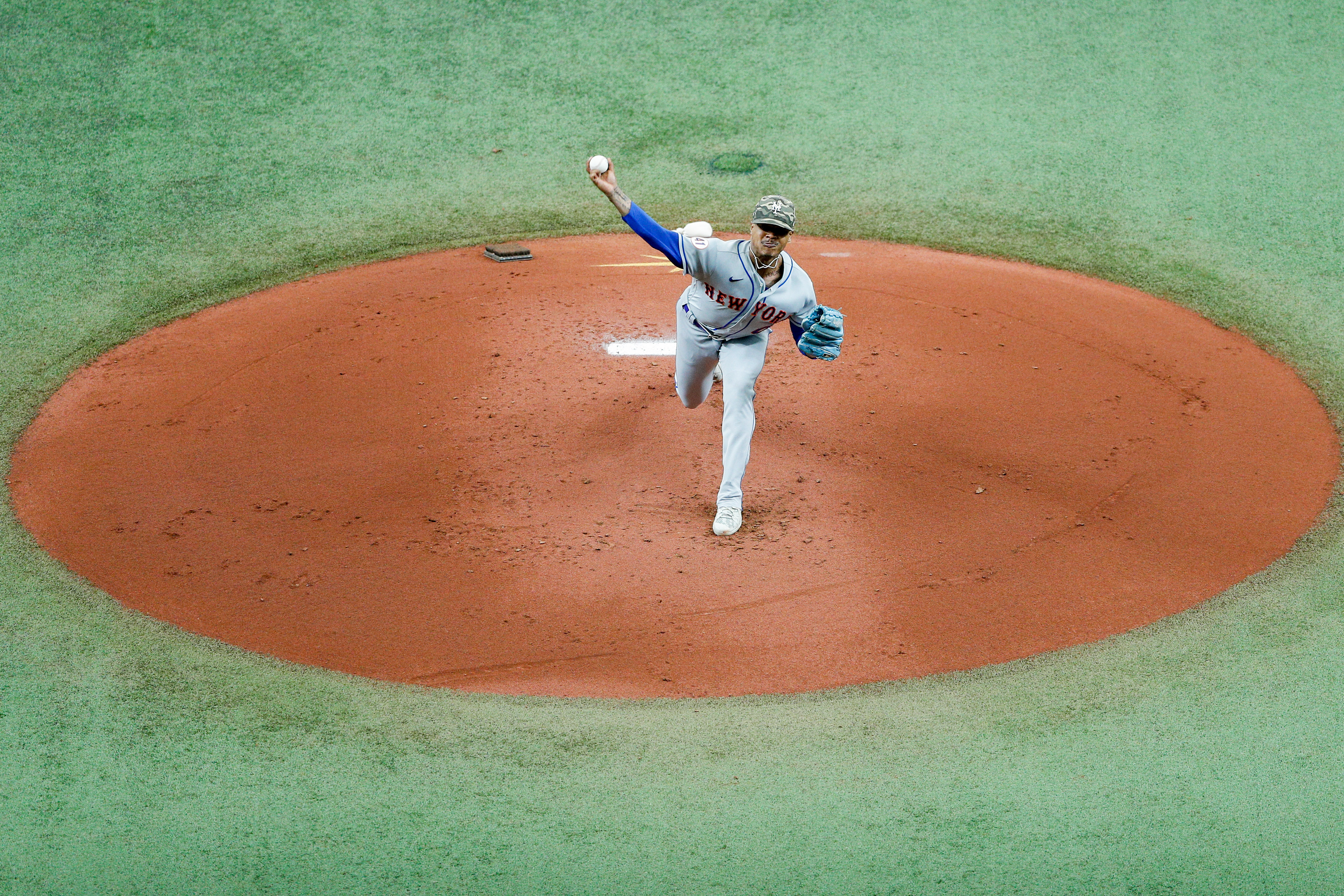 So that gave the Rays a 2-0 lead in the 4th, and Stroman also gave up homers in the fifth to Willy Adames for a 4-0 Rays lead, and in the 6th to Brandon Lowe for a 5-1 Rays lead (with the one accounted for by a home run by Mets designated hitter and designated folk hero Patrick Mazeika). All three pitches were in sinkers and sliders that didn’t sink or slide. (Adames’ and Lowe’s home runs were also on the first pitch of the at-bats, for whatever that’s worth.) Stroman, as is the case with most players who play in the majors nowadays (from what I hear and assume), seem to be focused more on process than results, so my curiosity about whether score and situation creeped into Stroman’s head at any point is probably off-base. But if there is something to it, I would have a hard time blaming him for letting a thread of ultra-competitiveness creep in, and it might explain why those home run balls were thrown with a little too much oomph.

I’m probably reading way too much into that. But it’s a better way to get to 500 words on this entry than to say “SHIT! EVERYONE’S INJURED! WE’RE DOOMED!!!!” (Which is a different definition of delving into the mental.)

A 7-1 loss that results in a sweep for the Tampa Bay Rays is not ideal, and certainly the team being short handed going into their series against the Braves is of greater import and worry. Hopefully some players can heal quick, and hopefully the Braves won’t trade for Manny Margot before Monday night.