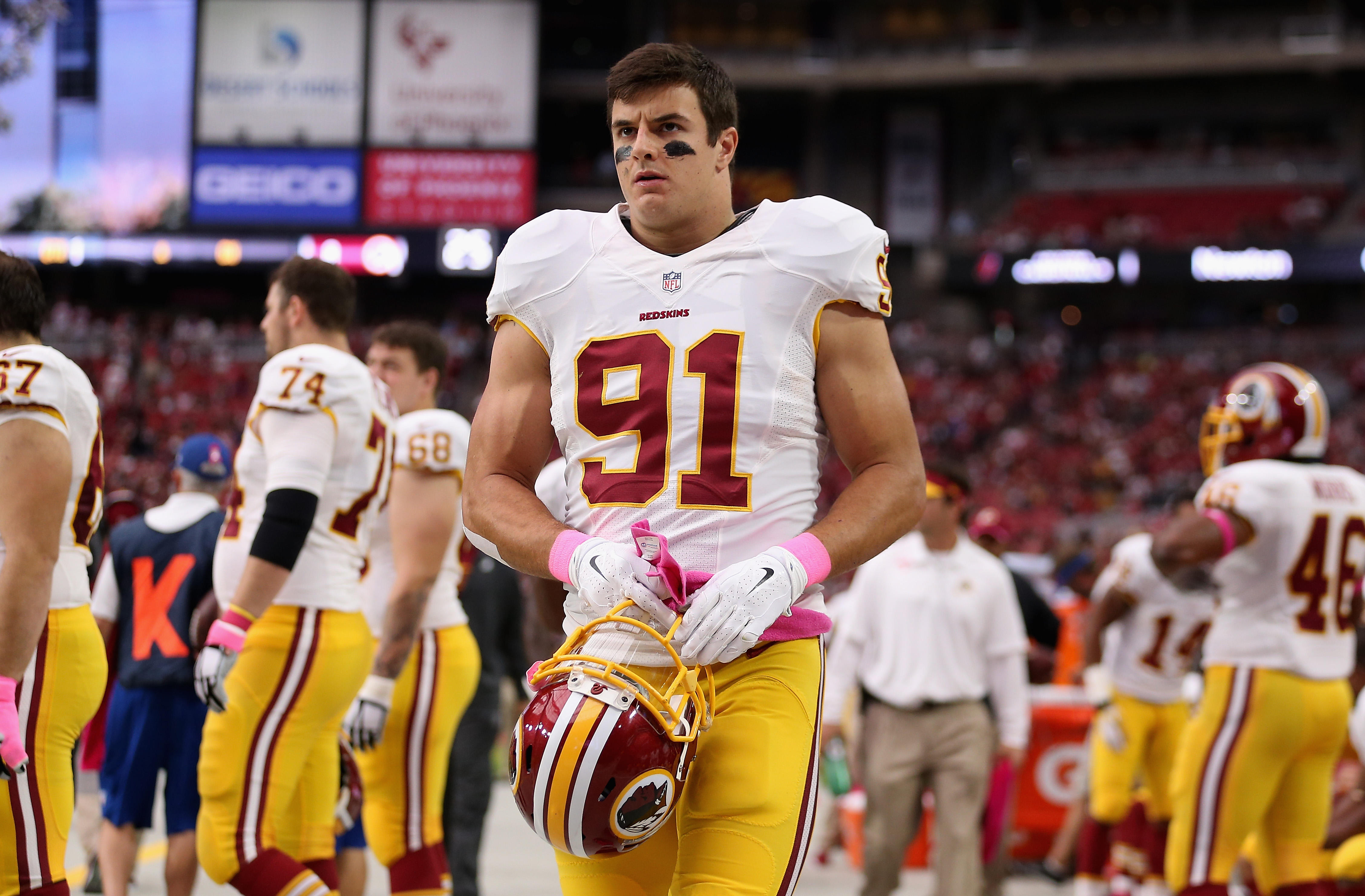 This is a remarkable development in that a future HOF defensive end agrees to pursue the remaining productivity of his career with a divisional rival. Almost have to wonder if Howie Roseman had this deal in his back pocket prior to the Draft…

Solid team player with individual big-play expertise… he’s the guy you hate until he’s on your team. Then you love him. And yes, he’s got his best years of youthful production behind him, but you’re getting what’s left (and it’s still a lot) at a bargain one-year contract with $1.5 million guaranteed and up to $3.5 million in incentives.

Ryan Kerrigan, the former Washington Football Team defensive end and its franchise sack leader, agreed to a one-year contract with NFC East rival Philadelphia, he and the Eagles announced Monday.

In an Instagram post Sunday night, Kerrigan thanked Washington and its fans for the past 10 years, signaling the official end of his tenure with the team and closing the door on the possibility of a return.

“I’ll never be able to sum up what these past 10 years have meant to me in an Instagram post,” he wrote, “but what I can say is that they have been some of the best of my life. I hope you had as much fun watching me as I did playing for you. Thank you, Washington, for everything.”

A former Purdue standout, Kerrigan was selected by Washington with the 16th pick of the 2011 draft and immediately became a starter — and one of the league’s most durable players. He started 139 consecutive games over his first nine seasons, earning four Pro Bowl selections in that span, before a concussion sidelined him for the first time in his career in 2019.

Last season, while playing as a reserve for the first time following Washington’s first-round selection of Chase Young, Kerrigan notched 5.5 sacks. He recorded the first two in Washington’s season-opening win against Philadelphia, which moved him past Dexter Manley (91) for the franchise record. Kerrigan, who played only 22 snaps in that game, was named the NFC defensive player of the week for his performance.

He leaves Washington with 95.5 career sacks (including 13.5 against the Eagles, tied for the most against any opponent), three interceptions (all of which he returned for touchdowns) and 26 forced fumbles, the third most of any player since 2011. He is also one of only three players, along with nine-time Pro Bowl honoree Julius Peppers and Pro Football Hall of Famer Jason Taylor, to have at least 60 career sacks and three pick-sixes.

Kerrigan said he felt he had more years left in him and wanted to be a starter. After the draft, any chance of his re-signing with Washington seemed to end when coach Ron Rivera and General Manager Martin Mayhew, who selected pass rushers William Bradley-King and Shaka Toney in the seventh round, said they wanted to give their newest players a chance to prove themselves.

“He’s one of the best out there, and maybe the best. At least, that’s the way I see it,” Eagles right tackle Lane Johnson said of Kerrigan in 2019. “The guy is relentless and has all the tools. I love playing against him. If I’m not at my best, he’s going to get the better of me.”

“He’s just a great player who has power and strength and speed. He’s special,” said Johnson, who never engaged in any trash talking with Kerrigan in their many battles. “I don’t think I’ve ever heard Ryan Kerrigan say a word on the football field. He’s a total class act. I have all the respect in the world for him. The only time we’ve talked is when we were at the Pro Bowl together. He’s a great guy and a great football player.”

Dave Spadaro at PE.com: “Exactly how Kerrigan will be used remains to be seen as we don’t yet know the particulars of [DC] Jonathan Gannon’s defense, but the obvious conclusion is that Gannon wants Kerrigan to do what he’s done as well as just about any pass rusher in the last decade – find the football. Kerrigan can do it with his hand in the dirt as a defensive end and he can line up in a stand-up position off the edge and wreak havoc.”

Kerrigan is 32 years old (33 in August) and the Eagles feel like he has plenty in his tank to join Brandon Graham, Derek Barnett, Josh Sweat, and some younger prospects bringing pressure off the edge on the football field.