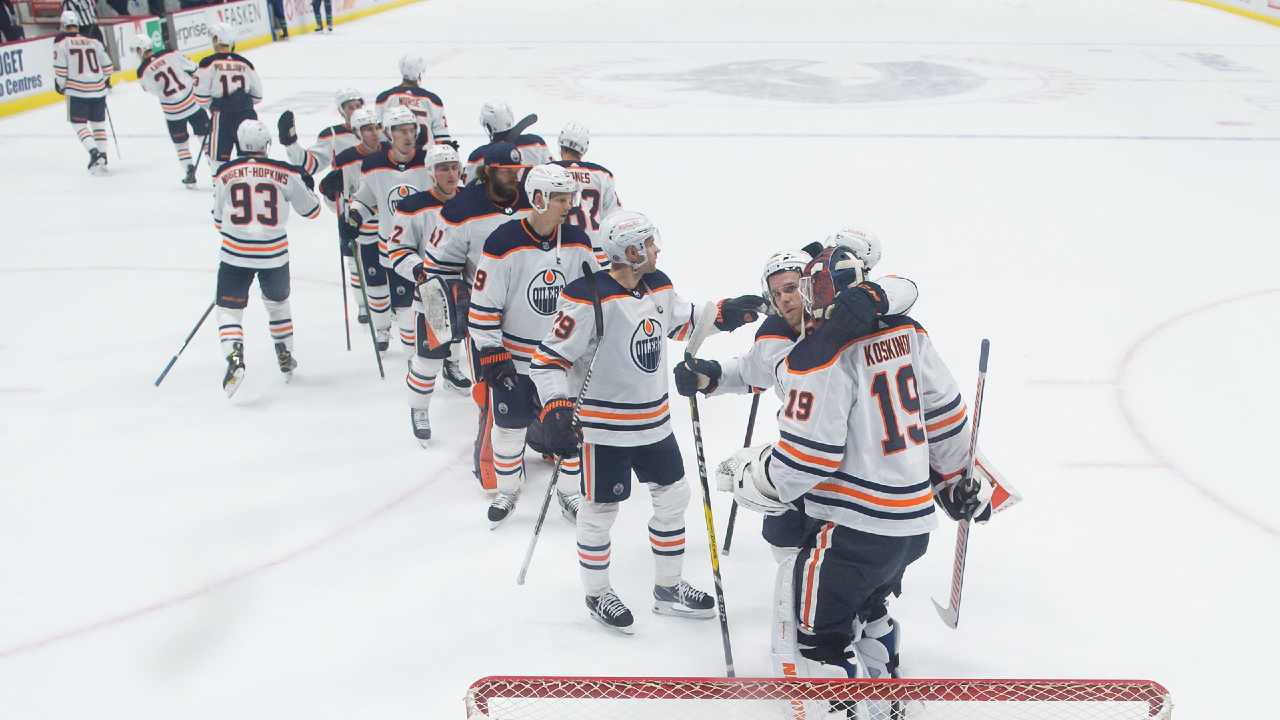 The Edmonton Oilers got a taste of playoff hockey last August when they played a Qualification Round series against the Chicago Blackhawks in the NHL’s ‘Return to Play’ bubble in Edmonton. Unfortunately for the Oilers, the stint was quick, as the team was upset in four games in the best-of-five series.

Now, the Oilers are back in the Stanley Cup Playoffs in a much more traditional setting. The Oilers will open a best-of-seven First Round series tomorrow night at Rogers Place against the Winnipeg Jets.

While the Oilers enjoyed regular season success, and the third-best record in the league from January 30th on, they know that what awaits them is a test unlike any other.

A young team will be riding into the Stanley Cup Playoffs against a more battle-tested Jets team. They are preparing for the beast that awaits.

“Playoffs are a different animal,” Head Coach Dave Tippett said on Monday. “You see the games and there’s so much on the line. You see the passion and the work that goes into those games. Whether you’re a player or a coach, you’re watching games. I think all of our players were laughing talking about watching the games yesterday. That’s just what playoffs are all about.”

The Oilers have done a lot of watching over the years and not a lot of playing. This is just the second time in 15 years that the Oilers are one of the last 16 teams standing, and the third time they have played postseason games. For that reason, they have one of the more inexperienced groups in the dance.

“It’s the best hockey you can see and the best hockey in the world,” Tippett continued. “Some of those games (Sunday) were competitive with everything on the line. I’ve said it for years and years, overtime hockey is, I think, the best sporting event on TV. It started with a bang yesterday and is fun to watch.”

Not only is the product outstanding, but the experience is one that players relish and enjoy. Veteran goaltender Mike Smith made his NHL debut in 2006, and has only played in 25 playoff games during his career. 16 of those came in 2012, when he helped the Arizona Coyotes reach the Western Conference Final.

This is an opportunity that doesn’t come along every year, and is one that means extra to players like Smith.

“It means everything. I’ve talked about it before,” Smith said on Monday. “It’s special to play in the playoffs. You look back over the course of your career, these chances don’t come along every year. When you do get an opportunity to play in the most important time of the year, it’s something you want to take advantage of and be playing your best hockey.”

Last year, Smith had a nightmare start in Game 1 against the Blackhawks, and never got another chance to take the net. This year, he’s the unquestioned starter and will have plenty of rope to work with.

He, like the rest of his teammates, is preparing for the “different animal” that is the Stanley Cup Playoffs. Will the Oilers be ready for it this time around?