The MassMutual NHL® East Division is known for many things, such as the being the site of Carter Hart’s 2021 Implosion™.

As has been the case for many days, the MassMutual NHL® East Division has produced the most overtime games in the league,  and on Wednesday night, the Washington Capitals and Boston Bruins provided their third overtime in as many post-season games this year.

Brad Marchand and his friends

Wednesday’s tilt required two overtimes to determine a winner, and it’s fair to say that Washington lost the game as much as Boston won it.

Washington started rookie Ilya Samsonov in goal, and the Russian netminder from Evgeni Malkin’s hometown of Magnitogorsk held serve until about 5:45 into the second overtime.

Samsonov stopped a dump-in behind his net, and ostensibly left the puck for his defenseman, Justin Schultz.  Schultz looked over his shoulder and took a stride to his right just as Boston’s Craig Smith passed Schultz on his left.

Smith swooped in, corralled the stationary puck, and wrapped home a game-winner before Samsonov could react.

My new favorite player/name, “Garnet Hathaway,” seems to have earned his hockey degree from the Tom Wilson School of Asshatery:

https://platform.twitter.com/widgets.js
I dislike Brad Marchand with the best of them, but what Hathaway did there is a knee killer.  I’d argue that Hathaway’s low hit/interference was dirtier than Ulf Samuelsson’s knee-on-knee hit of Cam (K)neely.

Later in the game, Marchand would literally flip the script on Hathaway, dropping beneath the charging Capital and sending him flying into the boards.

Someone call Terminx: this series has a pest infestation.

The Calgary Flames and the Vancouver Canucks mercifully ended their regular season on Wednesday afternoon in a game that absolutely nobody cared about.

The Nashville Predators are politely doing the same thing in their series with the Carolina Hurricanes, and the Predators’ season will be over on Sunday.

The Canes’ Sebastian Aho had two goals, and Alex “The Human Scrabble Cheat Code” Nedeljkovic turned aside 32 shots for the shutout. 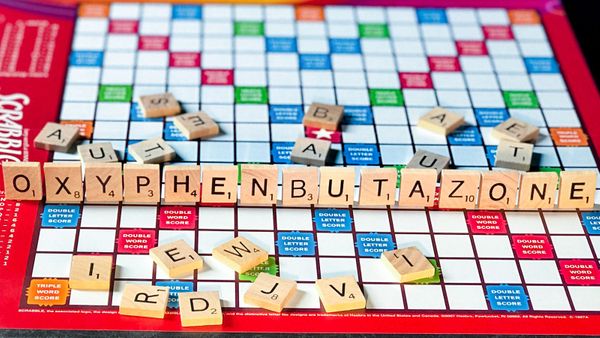 If you use this word in proper circumstance, it will net you a cool 1,778 points.  “Nedeljkovic” by itself is a mere 28 points.

The Winnipeg Jets backed their way into the NHL playoffs, and were rewarded for their (lack of) effort with playing against Connor McDavid, the league’s best offensive player.

McDavid played the Jets 8 times during the regular season, and McDavid notched multiple points in every contest.  So imagine the presumptive Hart Trophy winner’s surprise when the Jets held him completely scoreless on Wednesday.

The game was actually a lot closer than the final score indicated, as the Jets scored two empty-net goals in the final minutes.

A funny thing happened on the way to the Ball Arena: Nazem Kadri turned back into Nazem Kadri, which is always the worst thing that Nazem Kadri could do.

Kadri leveled Justin Faulk with a Matt Cooke-esque elbow to the head, earning him an ejection and probable multi-game suspension:

Nazem Kadri about to get suspended in the first round AGAIN pic.twitter.com/qoBYHiS2X1

Kadri’s antics injected a little sympathy for the Blues, and probably ticked the St. Louis players off.  The Blues closed an early 3-0 hole to 3-2, only to see the Avalanche’s Nathan MacKinnon ice things with a hat-trick.

So now Colorado leads the series up 2-0 and the Blues are possibly playing without the services of Faulk and Robert Bortuzzo (who left Wednesday’s game and did not return).  St. Louis had faced an uphill climb at the serie’s outset, but now a comeback may be impossible.

Game 3 is on Friday night.