This is my first full summer living in an actual house.  Big apartment guy, but duty calls when you’re in an “adult” relationship.

Most of us who don’t have enough bitcoin for the golf-course suburbs live close to the city.  When you live city-adjacent, you have a fence around the yard.  And well…maintaining a respectable lawn without a quality weed-whacker for the fence line is damn near impossible.

You try your best to get by, but eventually the grass (and weeds) pile up on the edges and before you know it, the perimeter of your yard is looking like Jumanji.  Trouble.

The Islanders are the weed.  You try to ignore them and write them off.  It’ll get handled eventually.  Get ’em on the next pass. But the longer you leave a disgusting weed unattended, the more painful the process of removing it will be. 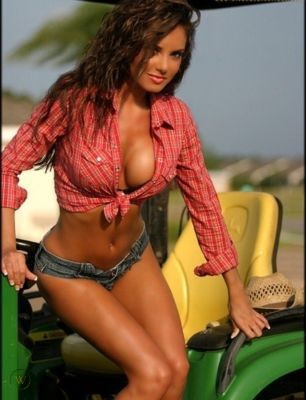 But sooner or later, the Penguins will be forced to become the weed whacker.  The Isles will simply not let you drive over them.  So get in the tough areas.  Score some shit goals on the power play.  Bounce one off a skate.  Play responsible defense.   Make routine saves.  Trust your skill to convert opportunities. Dare I say….block some shots?  I think Danny Data just fainted.

We saw shades of this in Game 2.

Did this make sense?  Eh.  But you get it….won’t be a pretty series.  The Islanders are an annoying nuisance who LINGER by making the series a slog.  Stay focused.

Pierre said Nassau felt like a “carnival atmosphere”, which is appropriate for a team and fanbase of pure clowns.

Everybody knows the cocaine in New York is better than Pittsburgh.  2 minutes in, that became apparent.  Tanger.*

Pengs would go on the PP a minute later when Palmieri farted on Jarry.  They didn’t convert, but it was encouraging to see Geno look crisp.

The kill seemed to elevate the Isles who plastered Jarry with approximately 19 shots on the next shift, but they held on.  Forslund said “this is gonna be a fun night”, which caused me to chug my whiskey.

Pierre made some stupid comment about analytics and all the nerds on Twitter lost their minds.  Almost positive he’s trolling at this point.

Chances all over the place.  I think John Marino shot like 3 pucks from the slot directly into Varlamov’s chest, but whatever.

Things calmed down (relatively) for about 10 minutes until the Malkin line found themselves hemmed in the D-Zone for an entire shift vs. JGP/Palmieri. Jarry held, and credit to Geno for a clutch……..shot block.

Blueger took a slashing penalty with 20 seconds left in the period.  Pens up 12-10 in shots going into the break.  #Analytics.

Pens killed the balance of the Blueger penalty and we were off and running.

Scariest moment of the game occurred when Beauvillier found himself on a breakaway at the 3:30 mark.  Looked like he shot it wide but Forslund told me Jars got a piece.  Whew.

Shortly after, Isles would go to the power play on a Penguins too-many-men penalty.  Replay of the pathetic line change:

Over the next 8 minutes or so, the Pens had some chances but didn’t convert.  Recalling the weed analogy, the game sort of just went into a lull and you could feel the equalizer coming as the Isles sort of…lingered.  It was Baker Mayfield glove side.

Scott Mayfield lets it rip to put the Islanders on the board. 🚨

Fortunately, Geoff’s dad and my favorite Uncle Jeff Carter wasn’t having any of it.

Us on April 12: "The Penguins have acquired forward Jeff Carter from the Kings in exchange for conditional 2022 third-round and 2023 fourth-round draft picks."

Us today: OKAY, WE ARE OBSESSED WITH JEFF CARTER. pic.twitter.com/oJmN7ipmnp

Tell you something.  That is an absolute bomb, sure.  The trade has been hilariously terrific on-ice, sure.

But there is something to be said about the swag factor of this bastard.  If you know, you know.  Can see it in the celly.  More on that later.

Ok…I’ll be honest with you.  Someone texted me the Tavares video right after that goal and I sort of blacked out until the Zucker goal.  Really scary shit, man.  Hope he’s alright.

Anyway, of course I tweeted this at intermission:

And then he did his thing.  Credit to me for taking one for the team.  Selfless.

what a beautiful goal by zucker pic.twitter.com/BPEZHGHmZW

Big time move.  Pens would salt away the rest of the period and go to third with the always-dangerous 2-goal lead.

About 4 minutes in, the Penguins were on their heels.  Palmieri and Barzal both had close chances off the rush.  Eventually, Cal Clutterbuck, who sounds like a Dr. Seuss villain, converted.

The Clutterbuck would huck the puck, which Jarry couldn’t pluck, and eventually stuck in the net muck, which was a big suck, and I said fuck.  Curse Cal Clutterbuck!

A shift or two later, bedlam broke out. Basically an entire line brawl with a million people in the box.  Impossible to keep track of everything that happened, but it started with Mayfield basically assaulting Crosby in front of the net with a crosscheck to the back of the head.  Whatever.

The refs fingered each other in the corner for about 3 hours, and eventually after one of them climaxed, they somehow decided to award the Isles a power play.  Don’t get me started.

Beauvillier ties the game on the power play #Isles pic.twitter.com/rl8clLKPQB

Moronic, but you have to move on.  They are weeds.  This is the way it was always going to be.

Pens would get a power play a minute later.  Sack up time.  Guess who?

Get real.  It’s a joke at this point.

Gaudreau and McCann had a 2-on-1 a few minutes later that Varlamov barely got a piece of, and McCann took a penalty while trying to fight through Dobson for the rebound.  Back to the PK – and a HUGE kill.

Matt Martin continued to wreak havoc, as scrums ensued after almost every whistle.  One of them led to a 4-on-4.  Pierre on the call was like Happy in that intercom scene.

Ceci had a huge kick-save block on a golden Palmieri chance in the slot.  Dumo had an aneurysm and passed it to some Islander on the doorstep but Jarry poke-checked it.

It was chaos.  Unfortunately for Pens, fans.  The Isles prefer it that way.  They are Littlefinger.

And it was that chaos that led to the tie game.  Clutterluck.

Thankfully, Korn is still in the process of rescheduling their tour dates due to coronavirus delays.  This has left lead guitarist and backup vocalist Brandon Tanev available for hockey duty.  You may have heard of him.

The man, the myth, the maniac.

I don’t even know.  Whiskey is flowing.  Holes punched in the wall.  Everything is a blur.  Trotz pulled Varly at the 2 minute mark but the Pens shut it down, largely thanks to Crosby being a hero.