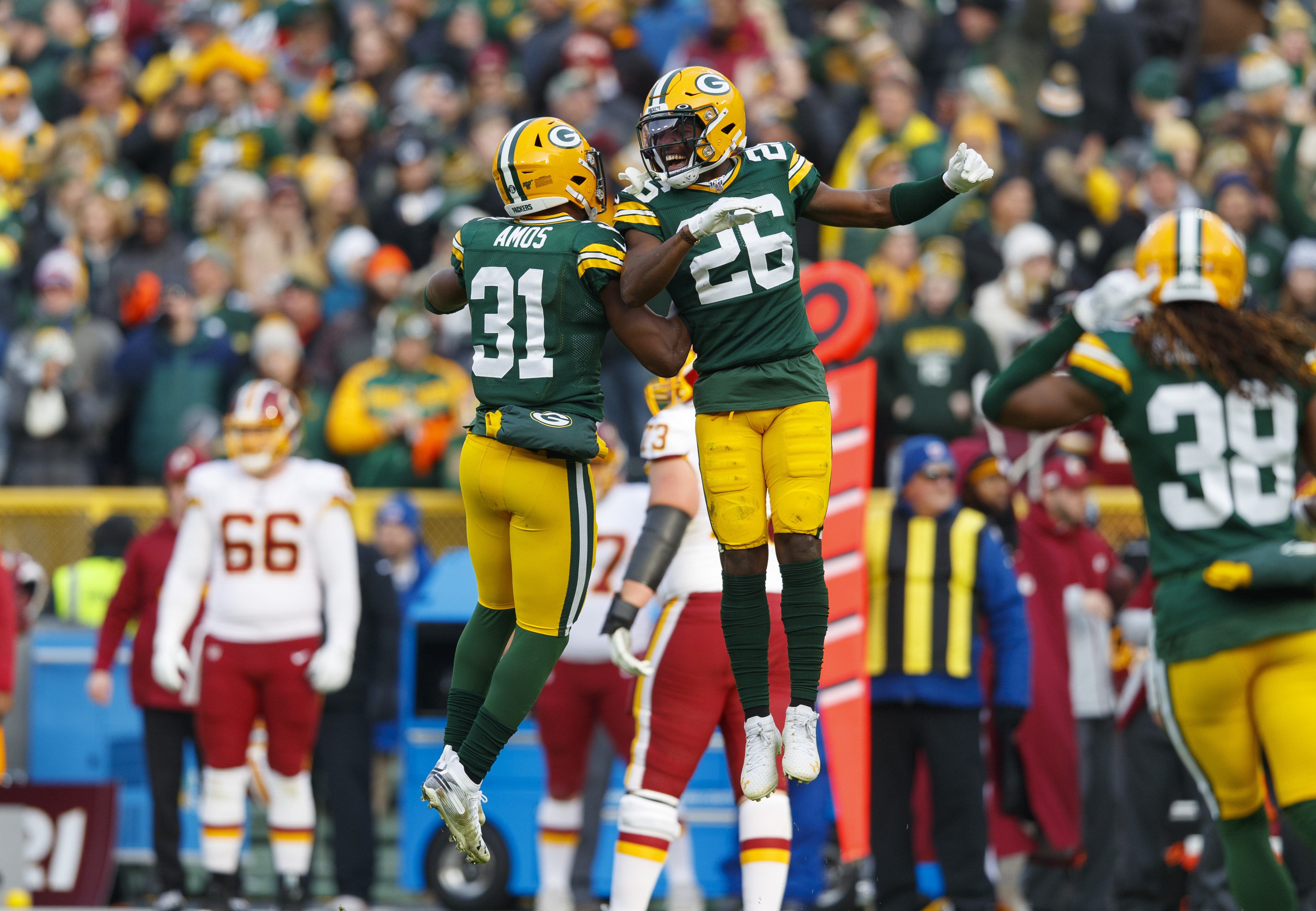 The Green Bay Packers head into the 2021 season with what may be the strongest pair of starting safeties in the NFL. Adrian Amos and Darnell Savage are already extremely good players and they have the potential to take another step forward this season.

The duo came to Green Bay from different routes. Amos was originally drafted by the Bears in the fifth round of the 2015 draft. He signed with the Pack as a free agent before the 2019 season.

The former Penn State star made a big impression in his first game with the Packers, intercepting Mitch Trubisky in the end zone to clinch the Packers 10-3 win over the Bears in Chicago in Week 1 of 2019.

In two seasons with the Packers, Amos has started all 32 regular season games while intercepting four passes. He also made three sacks and eight tackles for loss while being among the team leaders in tackles.

Amos isn’t known for making a lot of big plays, but he is steady, smart and is rarely caught out of position. You know that the opposition will rarely get a big play when throwing in Amos’ direction. His consistency allows other players to be in position to take chances that make big plays.

Packers head coach Matt LaFleur thinks highly of Amos. “I think he’s been awesome in terms of, you know, just consistency,” LaFleur said. “Just a calming veteran presence that can make plays on the football. And just a consistent guy, whether it’s practice, games. He’s the same every day and you can always count on him.”

Savage also appreciates what he’s been able to learn from his fellow starting safety. “He’s meant a lot to me,” Savage explained. “My locker’s right next to him, so I can ask questions whenever I need to, watch film with him, his house is always open to me, all that kind of stuff. He’s been a great role mode and just leader. Extremely dependable. Always in the right place. Really, to have a good defense, you need those kind of players.”

If Amos is the steady, consistent type, Savage is more of a big-play safety. The Packers drafted him with their second pick in the first round in 2019, 21st overall. He became a starter in his rookie season and really came on in the second half of the 2020 campaign.

After Raven Greene was lost to injury, the role of the Packers safeties changed and Savage was able to make more big plays closer to the line of scrimmage. Savage intercepted four passes in 2020 and all of them came in the final six games of the season including two picks in the Packers home win over the Bears.

Savage also broke up 12 passes, recovered a fumble and recorded his first career NFL sack last season as he took on a bigger role in the defense. He also made three tackles for loss as he often played closer to the line of scrimmage and was able to make some stops at or behind the line. According to Pro-football-reference.com, opposing quarterbacks completed only 56.4 percent of their passes when throwing to receivers covered by Savage last year and their quarterback rating was a mere 67.3.

LaFleur is pleased with the way Savage has been progressing. “Just really proud of him. He’s such a smart player, he’s so athletic,” LaFleur said after the Packers win over the Titans last season. “It’s so fun to see a guy work so hard and then start to have the results.”

Former defensive coordinator Mike Pettine described the importance of his steady safety duo. “These are guys that rarely repeat a mistake, which is a big thing in our room. ‘Don’t be a repeat offender,’ and they do a great job of not doing that,” Pettine said before the playoffs. “Adrian’s a veteran presence that, from a prep standpoint, I know has helped Darnell. These are the types of guys you love to coach. They’re passionate, you can tell they love football, they ask great questions, they want to be great and they want to do everything they can to help us win. Fortunately, it’s a great example of guys that have great preparation habits, great practice habits, do everything they’re supposed to do off the field, and we get positive results on the field.”

By the end of 2020, Amos and Savage were one of the best if not the best safety duos in the NFL. They contributed mightily to the Packers six-game winning streak to close out the regular season.

It will be interesting to see how Savage and Amos adjust to the new defensive system being installed by Joe Barry, the Packers new defensive coordinator. It features more zone coverages and that should give Amos a chance to continue to use his football intelligence and experience to his advantage. Savage may be a candidate for Barry’s star position who lines up in the slot and often covers slot receivers or he may stay at his present spot.

Either way, the Packers will have what many consider to be one of the best pairs of starting safeties in the league. As they get more comfortable in Barry’s defense and as Savage continues to mature, this duo may get even better.