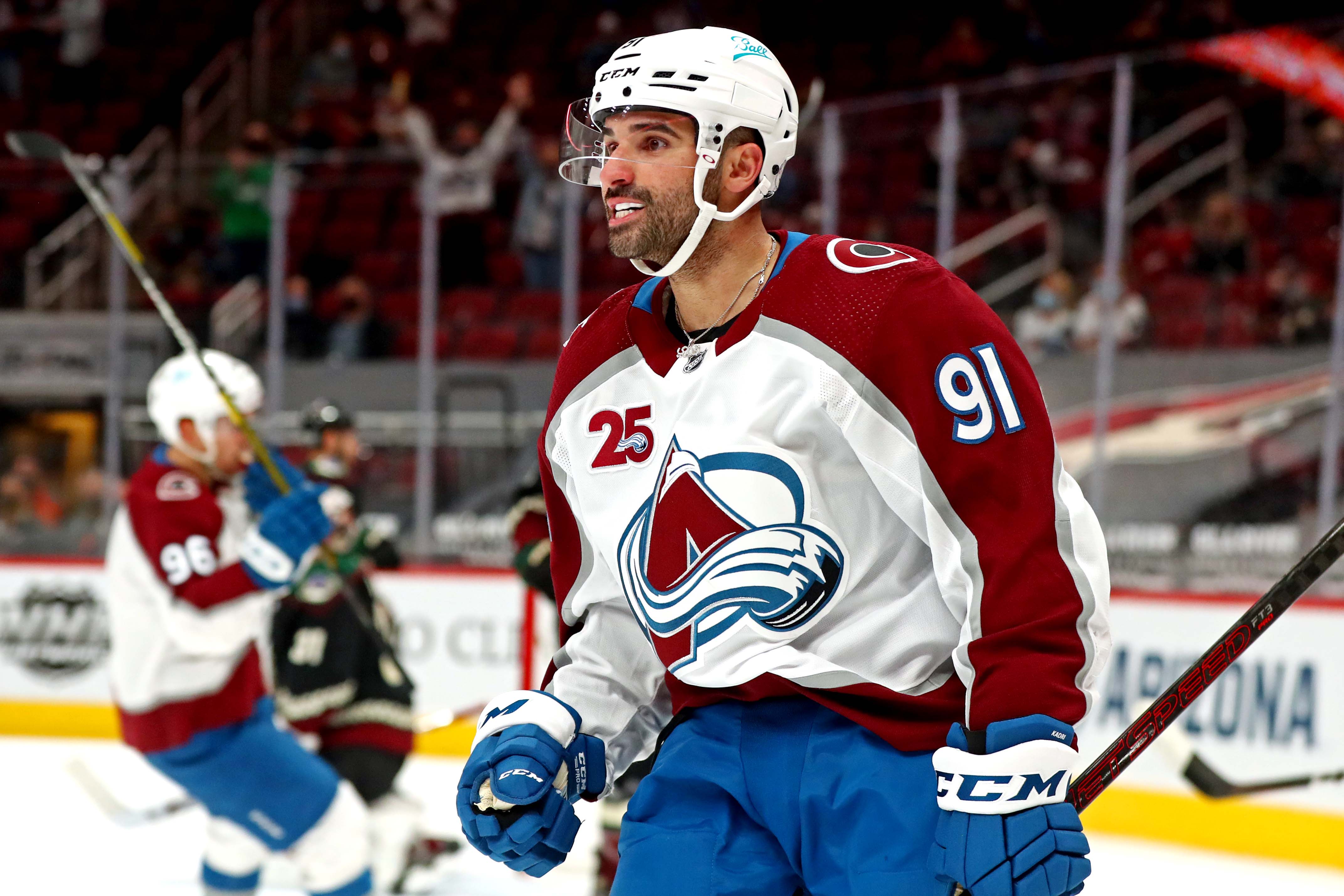 Colorado Avalanche center Nazem Kadri of London, Ontario has been suspended eight games for a hit on St. Louis Blues defenseman Justin Faulk of South Saint Paul, MN in game two of the series on Wednesday, a 6-3 Avalanche win from the Ball Arena in Denver, CO. Kadri was actually suspended on Friday, the same evening the Avalanche clobbered the Blues 5-1 in game three of the series from St. Louis to take a commanding 3-0 series lead in the West Division semi-final.

Kadri elbowed Faulk with the Blues in the Avalanche zone during the third period. He was given a five minute match penalty, which includes a game misconduct. Brayden Schenn scored for the Blues during the five minute major, but once the penalty was over, Colorado went up by two goals on a goal from their superstar, Nathan MacKinnon.

With the third pick, 75th overall, the Avalanche selected center Jean-Luc Foudy of the Windsor Spitfires of the Ontario Hockey League. With the sixth pick, the Maple Leafs selected Joe Miller, a center from the Chicago Steel of the United States Hockey League. The best player in the deal was definitely Barrie. However, the elite blueliner showed off his outstanding skills this past not with the Maple Leafs, but the Edmonton Oilers, where he led all NHL defensemen this past year with 48 points.

The Avalanche did not miss Kadri much at all in Friday’s win. If anything, Colorado will be significantly more disciplined without Kadri in the lineup.