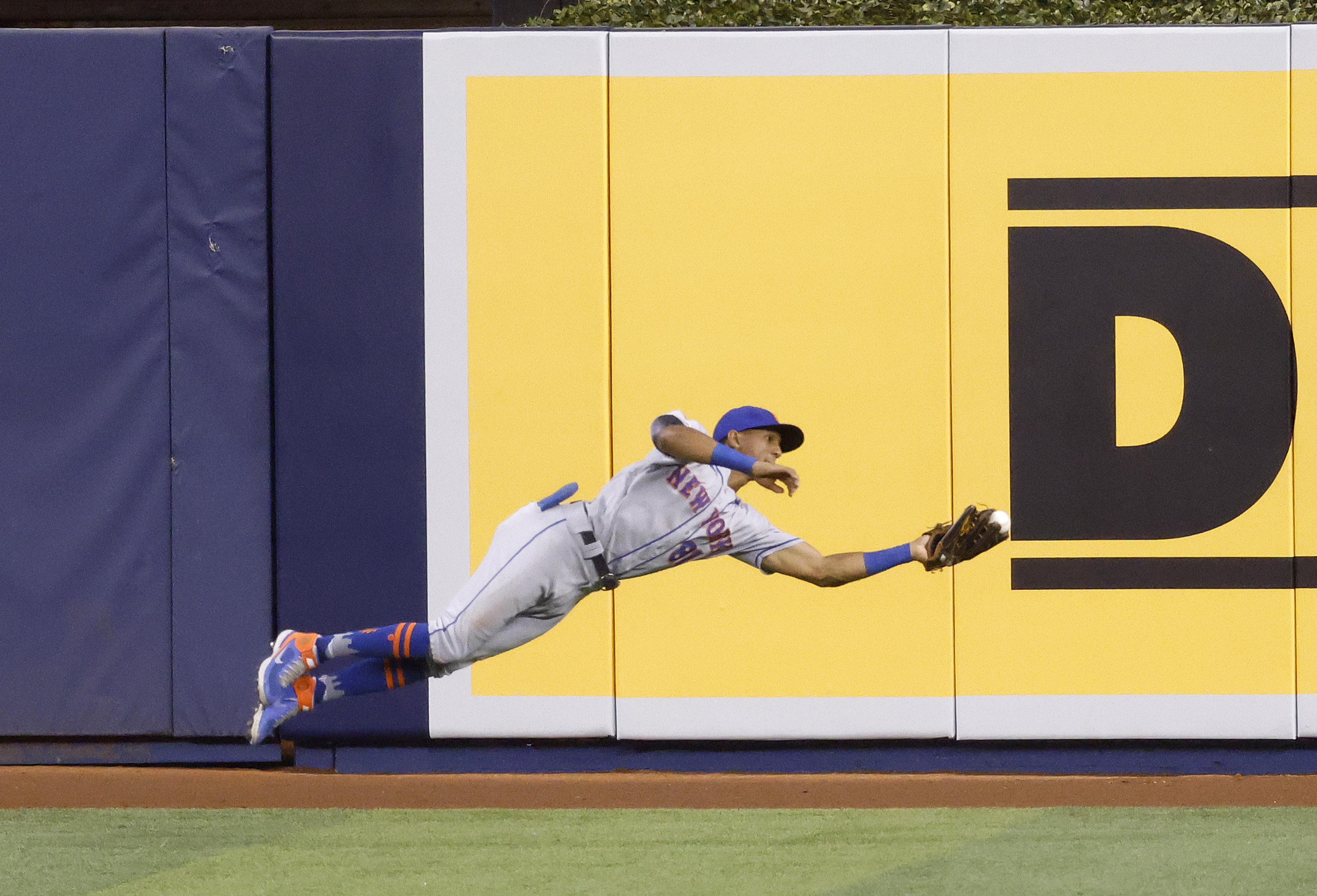 The New York Mets (21-18) had plenty of good defensive plays but saw their luck evaporate in the ninth inning against the Miami Marlins (21-24) yesterday. Sterling plays by Dominic Smith and Joneshwy Fargas kept the Mets alive in a 1-1 game but Garrett Cooper’s two-run homer off of Drew Smith helped Miami even up the weekend series at one game apiece. The two teams will look to grab the rubber game this afternoon as the Mets wrap up a nine-game road trip today. First pitch for the Sunday matinee is scheduled for 1:10 p.m. at loanDepot Park.

Right-hander Jordan Yamamoto (1-0, 3.38 ERA) will start today for the Mets against his former team. Yamamoto last pitched for the Mets on May 5, allowing one run in 2.2 innings of relief to pick up the win against the St. Louis Cardinals. The Marlins will counter with rookie righty Cody Poteet (1-0, 1.80 ERA). Poteet pitched well against the Philadelphia Phillies on Tuesday, tossing five shutout innings, but was not a factor in the decision. The Marlins ended up losing that game 8-3.