Life is Better with the Right Power

Life is Better with the Right Power 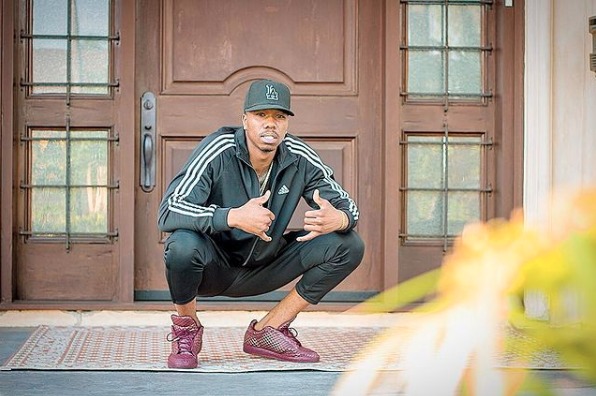 Important decisions in life are taken by thinking in the right direction to make thoughtful career choices. But this does not last long as sometimes the instincts interfere in the thought process of an individual and make them feel the other way around. Many successful professionals have already opted for a career switch before entering the real business, as what they have been doing does not interest them anymore. Even though the career switch is not highly appreciated by this stereotypical society, people usually end up doing what they really want to do, and with this comes the power to serve a certain purpose in life. It is only achievable with consistency, determination, and a sense of realization that one is already on the way to getting the better things in life. Brian Nebo is one of those professional players who were fortunate enough to follow a career path that he believed was meant for him. He started playing basketball in school and was selected to play basketball at St. John Bosco when he was in grade 12 only. It was considered one of the best high schools in Bellflower, California.

Brian Nebo is an Afro-American basketball player born on May 23, 1995, in Los Angeles. He is of Nigerian descent and developed his interest in sports through the shows he was made to watch at a young age by his father and brother, such as documentaries on renowned athletes including Jordan, Kobe, Karl Malone, and many more. He was also attracted to playing basketball since he saw his cousins and elder brother playing it in the backyard. The inspiration came from home, and with the inherited physical features ideal for playing basketball, he ended up being a famous basketball player. The 6’6 tall player, weighing 210 pounds, serves as a shooting guard. He has played basketball on a local and international level. He has visited countries such as China, Nigeria, Mexico, Australia, South Africa, and Jamaica.

The Inspiration Behind the Journey

His talent and hard work have earned him the name in the League Selections, Defensive Team, First Team Selections, and some Championships. He has received huge coverage from ESPN and national television showings. He is all set to play for the Nigerian national team in the upcoming Olympics and fetch a gold medal for his homeland. He has participated in the prestigious CIF championship twice. He played 2 seasons at Cerritos College and then received a full-ride scholarship to San Francisco with a chance to play at a higher level.  His victories and success stories were covered in LA Times and the San Francisco basketball daily newspaper.

Brian Nebo spent his childhood in Los Angeles with his father, Charles Nebo, and his mother, Felicia Nebo. He is the youngest one of the two siblings named Charles Nebo JR. and Stephanie Nebo. His cousin is a gamer who is renowned as P2istheName and has over 4 million subscribers on YouTube. He also shares ties with Chidobe Awuzie, who is an American football player. He belongs to a family with a vast association with sports, and basketball runs in the blood. His father was a basketball devotee, and his brother was a famous player in school days. He is inspired by the skills and expertise of Kobe, Lebron, Jordan, Kevin Durant, and Paul George.

The Beginning of  a Successful Era

Brian has a huge fanbase on social media who show extreme encouragement and appraisal to him . he participated in the drew league with top athlete Franklin Session. The Drew League is the top-ranked Pro-Am in the United States of America. He competed with high-level NBA players.

Since he has come into this field of playing basketball, he has no point in returning back, and he aims to do better in basketball with each passing day. However, he has a financially strong background, and his cousins, who are millionaires, have supported him morally and economically to get better in the game. He has played for Gahr High School and St John Bosco, and he succeeded both times. He earned huge recognition from natives since his posters were put up on the walls of both the gyms as a tribute to his and team fellows’ achievements.

Brian looks up to a promising career in the basketball game and has high hopes to play on an international level to bring laurels for his country. He has worked hard to stay fit for a highly competitive game and has participated in numerous competitions. He has not only competed in these games but has also succeeded in standing out from the crowd. It is true that life is better when a person has the right power, which comes only after one pursues their passion and interest. Brain Nebo’s life is a perfect example!