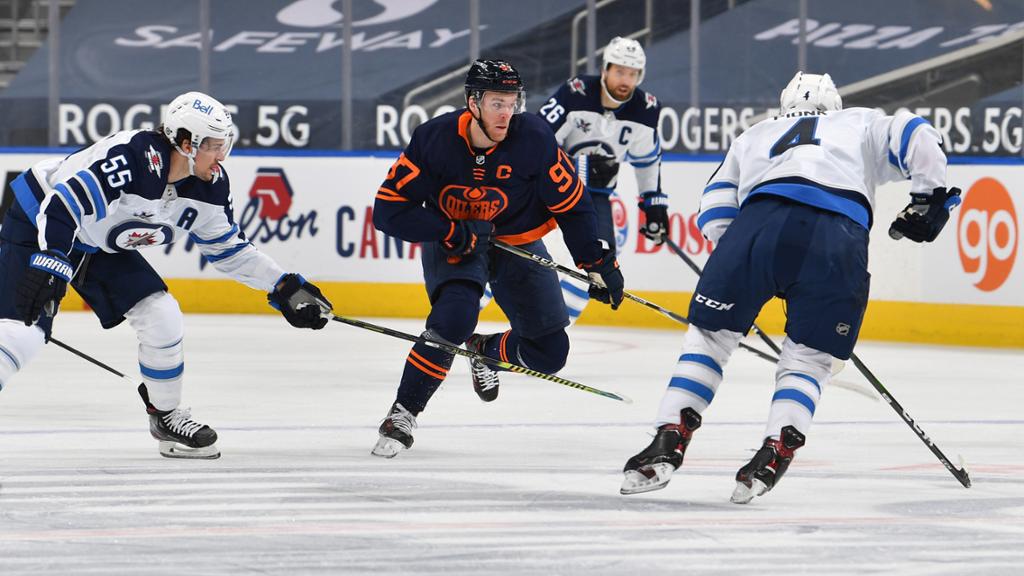 The Oilers are back in action tonight as they take on the Winnipeg Jets in Winnipeg in Game 3 of the first round of the 2021 Stanley Cup Playoffs. Down 2-0 in the series, the Oilers have quite a hole to dig themselves out of, starting tonight. So far, the Oilers have been all but snake-bit on the scoresheet, scoring only one goal in the two games (fewer than some individual players from other teams have in their own series).

It’s not all doom and gloom, though. It’s hard to say that the Oilers weren’t the better team in at least one of the two previous games, but they’ve met Vezina winner Connor Hellebuyck where in the regular season, they were playing the beer league version.

This game isn’t technically a must-win, since it’s a best of 7 series, but it’s about as close as they can get. While the Oilers probably deserved a win in game 1, there’s no point in dwelling on what’s passed.

Playoff hockey is exciting, and part of what makes it that way is the emotional rollercoaster. An Oilers win tonight would go a long way in keeping that rollercoaster going.